Ford’s Edge is one of the most important players in the carmaker’s lineup. It has been around since 2007 and as soon as it hit the market, it has become one of the most successful midsize SUV crossovers ever introduced. A refreshed version of the Ford Edge appeared in 2011 which boasted the carmaker’s then-current design language, along with revised interior. Basically, the vehicle kept its 2007-design until today, but it seems that for the 2017 model year, the carmaker prepares a complete makeover, from bumper to bumper. The following article hides many juicy details about the new 2017 Ford Edge and you will finally be able to meet the brand-new model. The carmaker revealed more details about the 2017 Ford Edge Sport, so read the article below carefully. 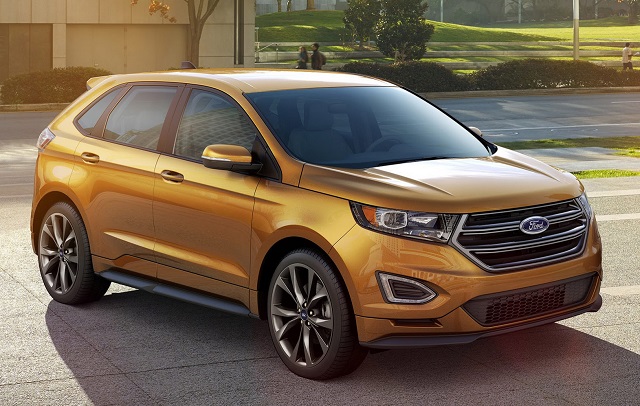 If we were to describe the 2017 Ford Edge Sport in only one word, it would definitely be “edgy” because crisp lines and angles definitely dominate its look. Its bodywork looks intriguing and futuristic thanks to the strong accent features and amazing character lines. The front fascia of the vehicle sports newly designed, six-sided grille which perfectly blends with the rest of the design with two main bars which bisect it. The vehicle looks youthful and interesting thanks to the large opening down below. The side profile is also pretty interesting, with two strong accent lines. Moving to the back, you will notice Fusion-like taillights which look good on the new Edge. The new Edgy measures 188.1 inches in length, 85.8 inches in width (with side mirrors), and 68.6 inches in height. 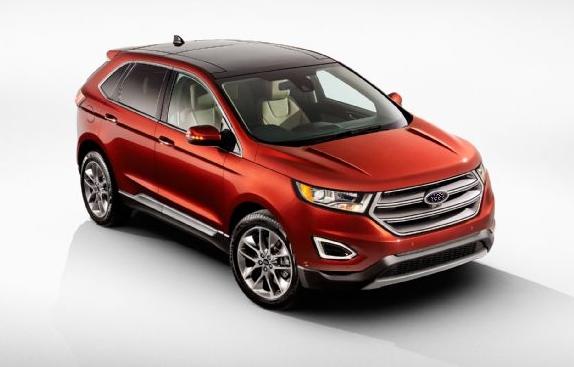 The changes inside of the cabin are not as drastic as the changes in terms of exterior. The cabin is recognizable Ford’s and we must admit that we’re very fond of it. Even though they’re hard to notice, the changes are surely present inside of the cabin. The dashboard and the center console have been updated and redesigned. Since the carmaker built the 2017 Ford Edge out of high-strength steel and a wide range of deadening materials, its cabin will be extremely quiet place. The 2017 Ford Edge Sport also gets acoustic windshield and acoustic side glass. Therefore, occupants will be able to enjoy the new sound system controlled by an 8-inch touch-sensitive screen with MyFord Touch and SYNC. 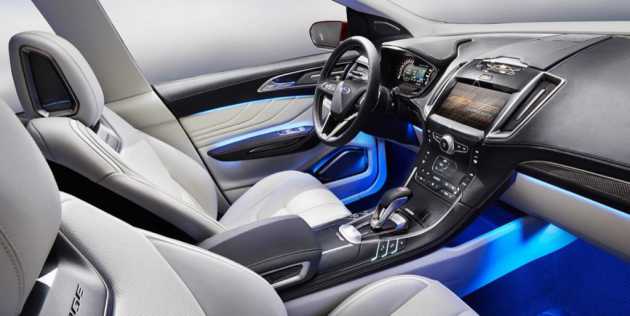 The 2017 Ford Edge is offered with three engine options but we are interested in the engine powering the brand-new Ford Edge Sport. Under the hood of the Edge Sport will be a 2.7-liter EcoBoost V-6. This engine is made out of compacted graphite iron which is lightweight but still really strong material which ensures long life for the powertrain and keeps NVH levels to minimum. It has the capacity to churn 315 horses and 350 pound-feet of torque. Both FWD and AWD are available. The 2017 Ford Edge Sport is equipped with 20-inch alloy wheels (21 inch wheels are also available), 10% stiffer springs, and thicker anti-roll bars. It is mated to a 6-speed automatic gearbox with SelectShift paddle shifting. 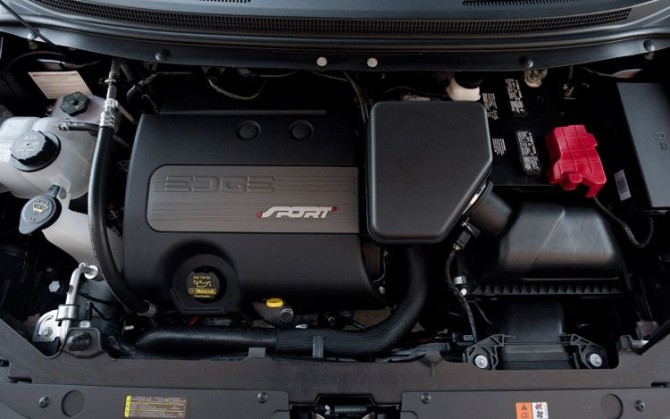 See also some info on history of the model:
https://en.wikipedia.org/wiki/Ford_Edge