Getting arrested for DUI and facing charges can be incredibly scary. You might wonder what this means for your future and whether or not you will have to go to jail. Another question that might be going through your mind is, “can I possibly get my DUI case dismissed?”


Nobody wants to live with a DUI conviction on their record—and thankfully, there are situations where it is possible to get a DUI dismissed. To know if it is possible for your case, you will need to consult with a DUI lawyer who can look at the details of your situation and determine if there are weak spots in the case against you.

Reasons a DUI Case May Be Dismissed

A DUI charge can be dismissed before your trial happens. The prosecution will sometimes dismiss a case themselves if they identify problems. But most of the time, DUI cases get dismissed because the defendant works with a DUI lawyer who can fight the charge.


Here are some common reasons DUI cases are dismissed:

No Probable Cause for the Stop 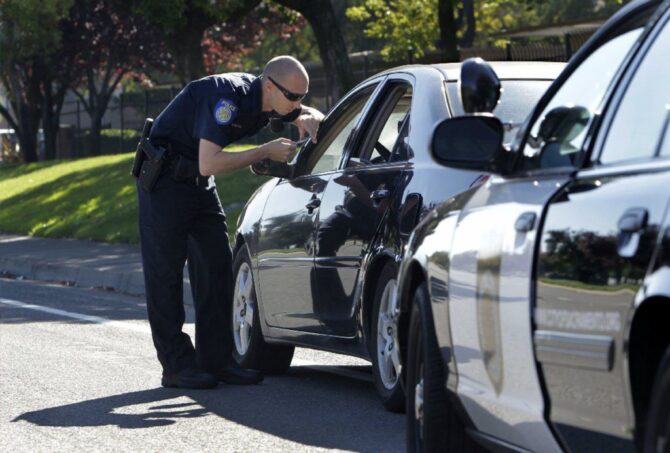 If there was no valid probable cause for the officer to stop or arrest you, the evidence might be dismissed from your case. If that was the primary source of evidence against you, your entire case could get dismissed.

Certain medical conditions can interfere with the results of DUI breath tests. These tests are performed using a tool called a Breathalyzer that measures the amount of alcohol on your breath. This may be a reason to have your case dismissed if you have a condition such as:

Condition like this may “fool” breath tests into thinking there is more alcohol on your breath, which can skew the results and cause a false high blood alcohol content (BAC). DUI breath tests could produce false results in various ways. Your lawyer may investigate and find that the results of the test were wrong due to the following:

The breath test is a ubiquitous tool for gauging someone’s BAC, but it is not always accurate—errors can lead to evidence being dismissed.

DUI breath tests can also pick up “residual alcohol” in your mouth caused by factors other than drinking. Those could be from burping, GERD, or even dental work that traps alcohol-soaked food between your teeth.

Higher BAC Than When You Were Driving

When you drink an alcoholic beverage, your BAC rises from 30 minutes to two hours afterward until it reaches a peak level.

If you were arrested before your BAC reached its peak, you could have had an alcohol content below the legal limit at the time you were driving. This could be used as a defense to show you were within legal limits while behind the wheel. 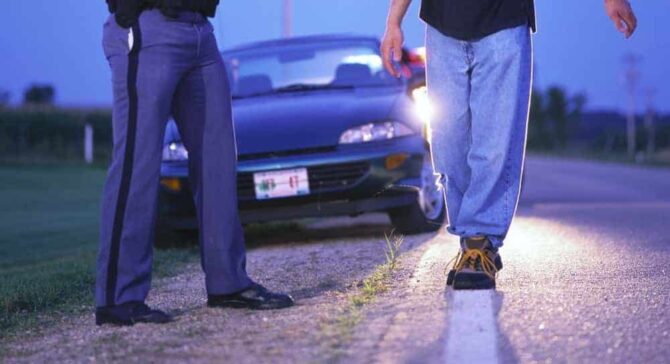 Many police officers use field sobriety tests (FSTs) to determine if a driver is impaired. However, there are issues with FSTs. Someone might fail a test even if they are sober. Common reasons include the following:

If your lawyer can demonstrate the inaccuracy of your FST, it may be enough to have your case dismissed.

Surprisingly, what you eat may create a falsely high BAC. Low-carb, high-protein diets can sometimes affect the breath test. So can conditions like diabetes.

Both situations can produce ketones the body creates and eliminates through breathing and urine. When released from your body through the breath, ketones are converted into isopropyl alcohol, which may trick a breath test into thinking you are drunk—even when you are not. 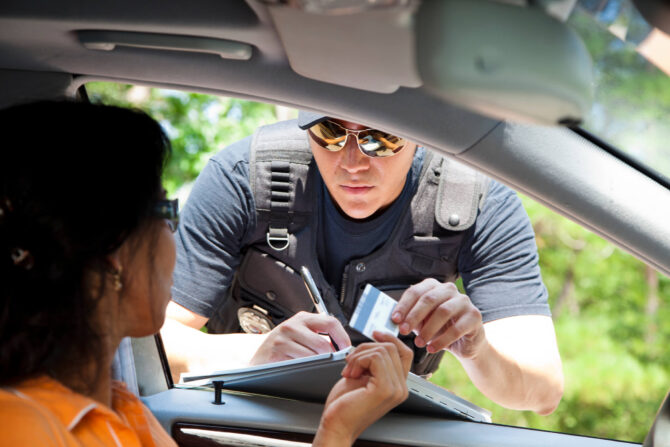 Sometimes, a driver may be under the influence, but the arresting police officers demonstrate misconduct. If your lawyer can show this was the case, it may be enough to have your charges dropped.

Police procedures must be followed at all times. If they are not, it can greatly help your case—whether you were under the influence or not. In addition, your lawyer may be able to question the arresting officer and find inconsistencies in their testimony.

It can be crucial for your case if you were mistreated or the police report does not match later accounts of your arrest.

These are just a few common ways a DUI case may be dismissed. If you are facing a DUI charge, it is a good idea to schedule a consultation with a lawyer to determine your options. Never assume you must accept a charge until after you have explored all options with an experienced legal professional.

The law in Florida, Florida State Statute 316.193, states that Driving Under the Influence (DUI) charges will remain on record for 75 years. Because the legal driving limit in Florida is 16 years old, a DUI charge will likely remain on most people’s records for the rest of their lives.

For this reason, many people are desperate to have their charges dismissed to avoid the life-long consequences. The law in Florida means people who face DUI charges will likely face the following results:

If you have been caught driving under the influence and have been charged, the best chance you have of getting the charges dropped is by hiring an experienced DUI attorney.

What Percentage of DUI Cases Get Dismissed? 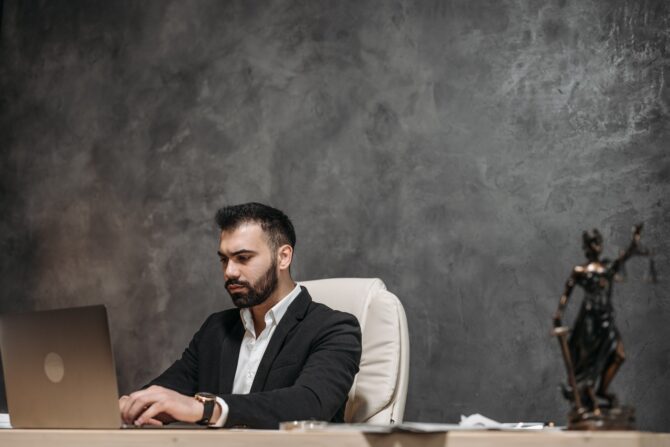 Although it is rare for DUI charges to be dismissed by judges, it does sometimes happen. More commonly, however, a person will likely have their case reduced to reckless driving, for example.

A reputable, skilled defense attorney played a massive role in almost all cases where a charge has been dismissed or reduced. Therefore, if you or someone you know are facing DUI charges, seeking the help of an experienced attorney is incredibly important.

Stroleny Law, P.A. has experience working on DUI cases, so you can be assured your case will be in some of the most qualified and skilled legal hands in Florida. Do not hesitate to contact us today for a free consultation.

What Does It Mean When a DUI Case Is Dismissed?

If you are lucky enough to have your case dismissed, unfortunately, you will not completely escape all of the implications of the charge. This is because your arrest by a police officer will still be present when criminal background checks are completed.

You may also be forced to disclose your arrest in certain future situations, such as employment applications. Therefore, despite your case getting dismissed, your arrest will likely have drastic consequences for your job prospects.

Employment background screening is standard across the United States. 92% of all employers today will run background checks on their employees and applicants. Therefore, the chances of you applying for a job and not completing a background check are slim.

Therefore, if a police officer has arrested you, regardless of if your case has been dismissed or not, your arrest will remain on your record and could impact your future job prospects. In this case, it would help if you considered expunging any dismissed DUI.

If you have any further questions concerning what having a dropped case will mean for you, contact us today, and one of our lawyers can give you all the help and advice you may be seeking.

How Do You Beat a DUI Case? 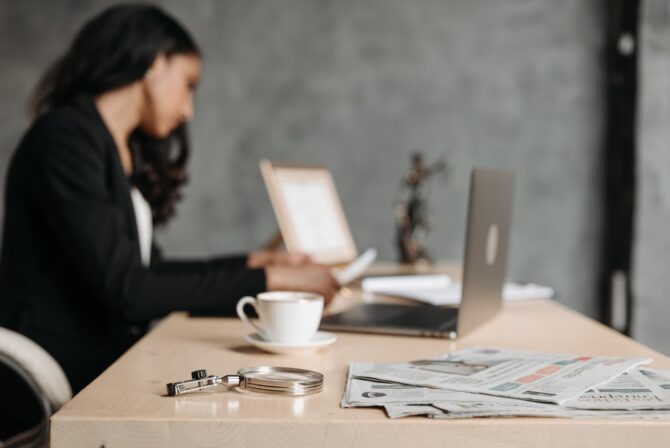 How you behave when arrested can significantly impact whether you beat your DUI charge. We recommend that when you are arrested, you should do the following:

This means you only say what is legally required, usually your name and address. Exercise your right to remain silent to avoid being tricked by police officer tactics.

All Field Sobriety Tests conducted at DUI checkpoints and traffic stops are voluntary. These are not chemical tests and have never been approved by scientific means.

Refuse a breathalyzer chemical test if it is the first offense.

These machines are widely known to be inaccurate and detrimental to your case. Therefore, we also advise you to refuse a blood test for the same reasons.

Pay Close Attention to the Police Officers at the Scene

Watch for any errors because if you have a reasonable suspicion they did not behave properly, you could get your case dropped. If you participate in field sobriety tests, you can still contest the evidence being charged against you.

This is because the test results that these exercises produce are around not “scientific” accurate, but often the opinion of the officer. In many instances, the officer’s opinion of your performance of the field sobriety tests is not corroborated by the breath or blood test at the station or jail.

If you have any further questions concerning how you can beat a DUI charge, contact Stroleny Law, P.A. today. One of our skilled lawyers can answer any questions you may have in a free consultation. They will also be able to give you a mass amount of legal advice if you consider seeking legal representation for your case.

Can DUI Charges Be Dropped? 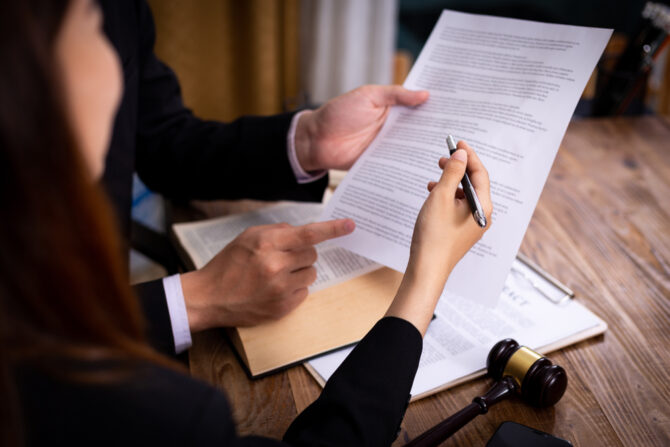 DUI charges are nothing to trifle with. The threat of jail and exhaustive legal proceedings are sources of great stress. When facing these charges, staying vigilant about how to get the charges dropped is a critical consideration.

Avoiding conviction at all costs is the #1 priority. Therefore, your case needs to be handled by a lawyer who understands how to identify weaknesses in the case against you and who can get the charges dropped altogether.

As a process, DUI breath tests have weak points that can contribute to your charges being dropped. Your lawyer may find grounds for dismissal during the breath testing process for the following reasons:

Breathalizers are common but not full-proof, and errors in the process can lead to successfully getting your charges dropped.

When charges are brought against you, the arresting officers must show “probable cause” or proof there was reasonable suspicion that you were involved in a crime when they stopped you. Proving a lack of probable cause is a strong ground for dismissal and is an excellent way to get your charges dropped.

Arresting officers often use field sobriety tests (FSTs) to determine impairment. FSTs have been known to be flawed in ways that result in test failure without intoxication. Examples include: 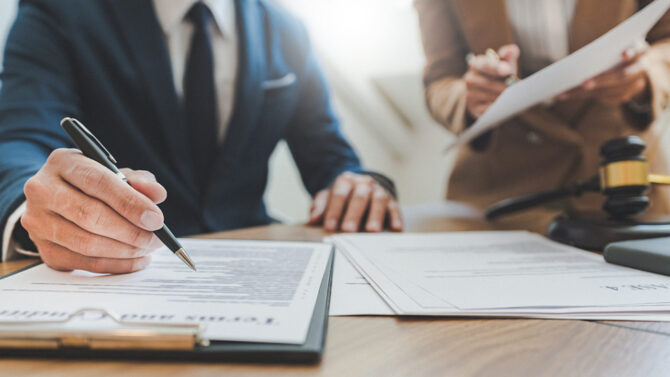 Breathalizers measure blood alcohol content via your breath. Problematic inaccuracies can occur when certain medical conditions or medications are present during the process. This could lead to dropped charges. Some examples include:

Your case can be successfully thrown out for several other reasons, ranging from a low-carb diet causing inaccurate breathalyzer results to police misconduct. Whatever the case, take careful note of as many details as possible during your interaction with the police. The information you can provide to your lawyers will likely play a pivotal role in getting DUI charges dropped successfully.

If you have a Kubota diesel tractor, is synthetic oil the best oil to use? In our humble view, the …

According to a poll conducted in 2019, there are more than 33 million vehicles in the UK, and all of …

Having a vehicle means you have to have some sort of responsibility for it. You need to take care of …