Just few weeks ago, Hyundai has announced a launch of a brand-new 2016 Hyundai Accent. For a long time, Accent is one of the best selling cars from the whole Hyundai lineup. This is no surprise, since the car is fairly cheap, but reliable and has solid build quality. This is an update of the current model and according to the first official images of the upcoming car, it is going to look a lot like the current Hyundai Sonata. Accent will be offered globally, however, it will not be the same type for every market.

As we mentioned before, the design of the new 2016 Hyundai Accent will be inspired by the current Hyundai Sonata. This means that the updated Accent will receive the new, angular grille (which will be available in both matte black and chrome), new headlights with integrated LED daytime running lights and the front bumper will also be redesigned, to fit better with the new grille. The hatchback version of the Accent will receive more updates than other version, since it is going to have new taillights, redesigned rear bumper and the rear spoiler in different size and shape than the one in the current model. The four door version of the 2016 Hyundai Accent will use the same platform as the two door hatchback and while there were some rumors of the Accent Turbo version, there is no official confirmation nor official images of this version.

On the inside of the refreshed 2016 Hyundai Accent most notable change is in the increase of space for driver and all passengers. The Korean manufacturer wanted to make the cabin more comfortable for all passengers and more stylish, but they have also wanted it to remain functional as it is in the current model. The redesigned interior is now black with lots of silver details and the dominant color of the dashboard is light blue. Hyundai has decided to use their three-spoke multifunctional steering wheel, seen so far in only more expensive Hyundai models (and they are optional for lots of cars from the Hyundai lineup in Europe). Furthermore, the Korean manufacturer plans to expand the list of the features and equipment, even for the base model, which should give the 2016 Hyundai Accent possibility to stand out from the crowd.

When it comes to the engine, the 2016 Hyundai Accent does not offer lots of different options – this car will primarily be offered with 1.6l 4-cylinder petrol engine, that produces around 140 horsepower, and it will come with manual transmission as standard. While the automatic transmission will be available as an option. Furthermore, some reports suggest that the new 2016 Hyundai Accent might get the engine from the Veloster Turbo – the 1.6l turbocharged engine that produces up to 200 horsepower, but this is not yet confirmed. 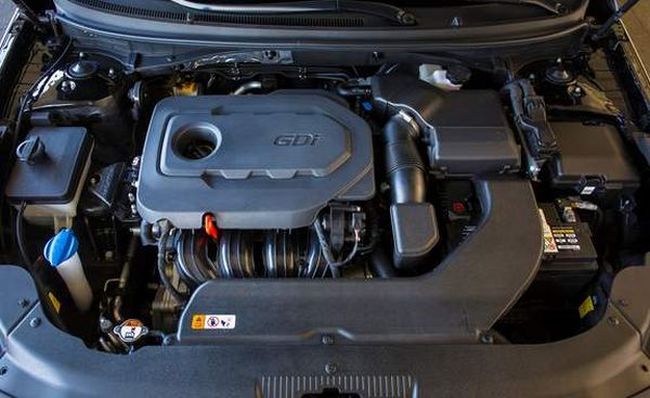