Home
Jeep
What Is The Jeep Wrangler’s Average Gas Mileage?

For most people, fuel economy is now a very important feature when they are buying a car since prices became much higher in recent times. There is an ongoing crisis caused by inflation and war in Ukraine. Also, the new agenda is promoting green energy, which is the reason for new and increased taxes on fuel. This is a big problem for an average driver from the US because people got used to vehicles with bigger engines that consumes a lot of gas.


In case you are interested in the best option when it comes to fuel economy and less impact on the environment, the best solution for you is to buy some electric vehicle. However, these models are still quite expensive, and the selection is nowhere near standard car market. On the other side, there are many cars with smaller engines that spend less gas. However, you cannot expect some great performances in that case.

If you are a real car enthusiast, and you are interested in some model that is capable of going of the track from time to time, Jeep Wrangler is one of the most popular SUVs that can be driven off-road. One of the main reasons is that this model represents a unique combination of elegance, aggressive appearance, and entertainment. Still, you have to be aware that this model spends a lot of gas, and you can read more about that if you visit here.


Moreover, the first thing you will notice is that the gas consumption is not the same for all models. There are different types of engines that you can choose when you are buying this car, such as 2.0, 3.0 Diesel, 3.6 hybrid, and premium models with 5.7, and 6.4 V8 engines. In this article, we are going to analyze more about fuel economy of this car, and is there a way to control it.

How Different Engines Affect the Consumption? 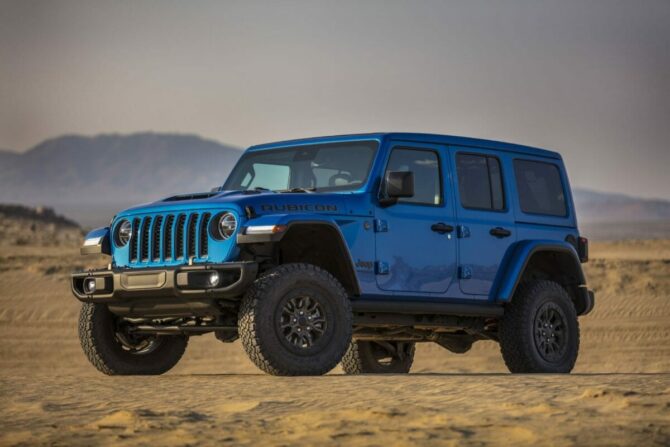 The answer to this is quite simple. When you are driving a more powerful vehicle, the engine will need more energy for the right output. Therefore, you can expect a huge difference between those big V8 engines and some standard versions like 3.0 or 3.6.

The hybrid version is the best for those who are looking for a more affordable driving, with an average consumption that is 24 miles per gallon on open road, and 19 in city. The rating is slightly worse for the diesel version, and while the consumption is the same when there is a lot of traffic, it will spend one gallon for every 30 miles on open road. On the other hand, a powerful 6.4 engine will spend a gallon after passing only 13 miles in city, and 17 on highways. 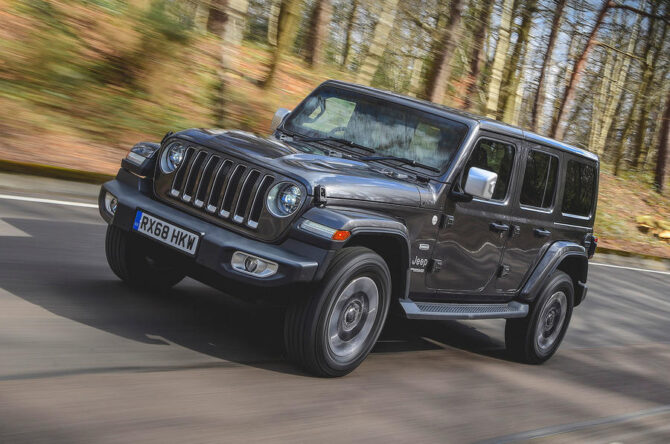 Another very important thing about the consumption is that the way how you drive can make a huge difference. For example, you own a standard 2.0 petrol version of Wrangler, which has an average consumption of around 22 miles per gallon. However, keep in mind that this rating is measured for standard conditions where RPM is not passing over 3,000. If you are forcing your car all the time, and driving in sport mode, the consumption can be easily doubled.

Therefore, you should pay more attention while you are driving. There is no reason to force the pedal right after the green light, or speeding whenever there is a chance for that. If you keep the RPM under 2,500 all the time, the consumption might fall even under the average rating.

In case that you bought this model to have some off-road fun, you should know that you will need even more gas than when driving in city conditions. The reason for that is that you will have to force the engine all the time, and use a lot of braking.

Furthermore, we have to mention the common misconception that the 3.6 manual model has a much better fuel economy. It was the case for a long time that manuals had better rating when it comes to fuel consumption. However, the technology is advancing rapidly, and modern automatic transmission has 8 levels, which is proven to be more efficient than manual transmission.

Tips For Lowering the Consumption Commonly, many Wrangler owners prefer adding some details to their cars. If you are interested in that as well, we suggest you choose plastic over metals and other heavier materials since that will increase the expenses. Moreover, proper maintenance is crucial for keeping your car in good condition, and that can control the fuel economy as well. When all the filters and other components are in a proper state, the injection of gas won’t have any issues as well.

Moreover, we already mentioned the habits, and that is the key for better fuel economy. We understand that you will be interested in testing the limits of your SUV from time to time, but the best solution is to keep the speed under 60 miles per hour. Also, avoid being aggressive when moving and braking.

The fuel economy is different for various models of Wrangler. Those who find it very important to not spend a lot of money on gas should choose a 3.6 hybrid. On the other side, the size of an engine is not the only factor. When you are too aggressive, your 3.0 or 3.6 might spend the same amount as some premium model, like 5.7.

Most of these standard versions has an average overall rating of around 22 miles per gallon. That might be a lot more when compared to some urban SUVs. However, that is the price to pay when you want to drive such a unique model that Wrangler represent. This is one of the most popular vehicles in the history, and it is interesting that it manages to keep the base of its design for such a long time. In the end, there are several hybrid versions already, but there is also a full electric model announced.

The Jeep Gladiator is the newest addition to the Jeep family, and it’s giving other pickup trucks a run for …