The Q7 has always been the flagship SUV for Audi and their latest model doesn't disappoint. It still is one of the best SUV vehicles out there, not only offering great styling but also good engines as well as one of the best interiors in the business.

The Q7 has always been the flagship SUV for Audi and their latest model doesn’t disappoint. It still is one of the best SUV vehicles out there, not only offering great styling but also good engines as well as one of the best interiors in the business. The 2016 Audi Q7 is actually one of the biggest reworks for Audi in a couple of years. The new luxury SUV has a brand new platform which it will now share with the Cayenne as well as the Touareg, new engines as well as a more luxurious interior which is not going to disappoint. While the older model had more than 2 and a half tons, the new Audi Q7 2016 will lose up to 500 kilograms which is almost 1000 pounds. This is thanks to the usage of lightweight materials as well as clever engineering. 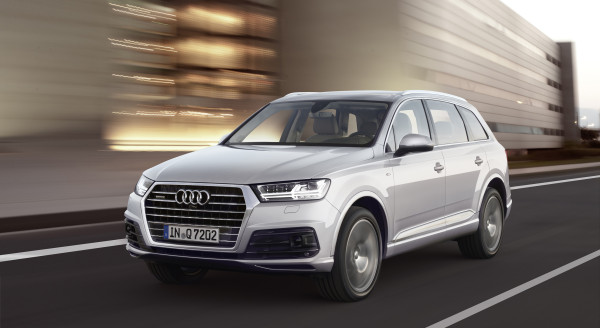 Under the hood there are going to be quite a lot of changes and thanks to the lower total weight, a new engine as well. The base Audi Q7 2016 will now get a 2.0-liter turbocharged inline 4 which would make 252 horsepower and 290 lb-ft of torque, more than enough to move this luxury SUV to 60 MPH in less than 7 seconds. Further up the range there is going to be the 3.0-liter supercharged V6 with 333 horsepower. A new addition to the range is also going to be the new 2016 Audi Q7 TDI with 3.0-liter diesel engine that delivers 272 horsepower and 443 lb-ft of torque which is expected to be the top selling model in Europe. All of these are going to get Audi’s 8-speed automatic gearbox and a standard quattro all-wheel-drive system which should keep the car moving no matter the driving surface. Both the exterior and the interior of the 2016 Audi Q7 are going to be new. While the interior will borrow a lot of elements from the newer A6 as well as from the A4, the exterior is going to be a fresh start. The front grille is now going to be bigger as well as more aggressive thanks to a hexagonal shape which protrudes forward from the body. The exhaust is now going to be integrated into the rear bumper to keep the shape of the car as clean as possible. The most notable change though is going to be the infotainment system which will now use the Android operating system, meaning it will now offer internet access as well as a lot of ways of customizing it. 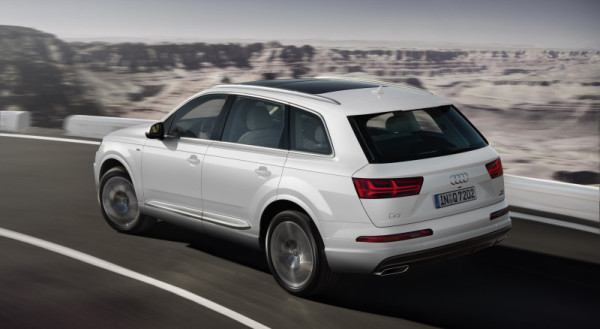