The long wait is over as on September 3rd, the 2016 Mazda MX-5 Miata Roadster was officially unveiled. The MX-5 Miata marks the model’s forth generation in 25 years and it precisely shows how the Mazda’s designers and engineers seized the original roadster’s formula. The Miata Mazda for 2016 has been redesigned from the ground up and promises to be smaller, lighter than the previous model and even incorporate the suite of Skyactiv fuel efficiency technology by Mazda. It also promises to be a cute, appealing and affordable day to day commuting 2 seater roadster. 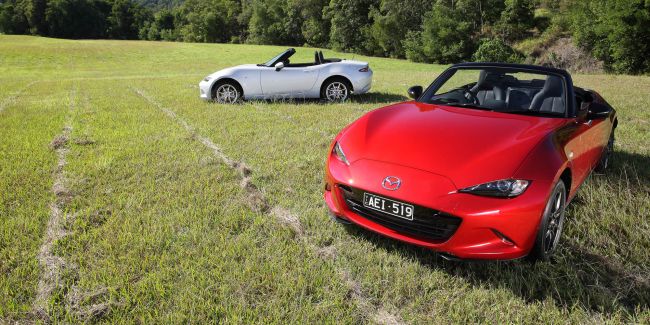 The MX-5 Miata weighs only 2,100 pounds( 22 Lbs lighter than the previous model).. The dimensions of the car are; a length of 154.1 inches, a width of 68.1 inches, a height of 48.2 inches and a wheel base of 91.1 inches. Technically the new model sheds 3 inches in length and half an inch in width from the previous Miata. The new model is not as curved as the previous one but it has the same muscular tone as the CX-5 or Mazda 3, in fact the two recent models are infused with the new Mazda’s design philosophy. 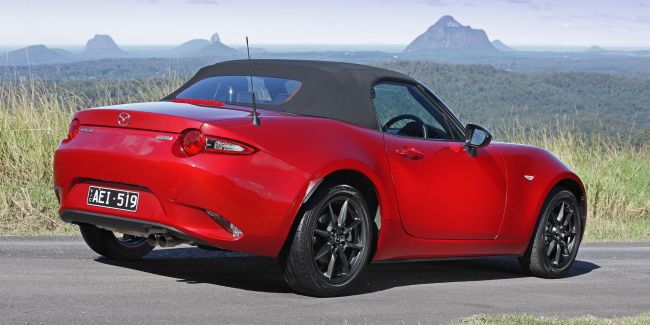 The car’s engine is closer to the center with the center being closer to the ground than any other Miata that ever existed. The model has a new redesigned rear suspension, a front suspension made of aluminum and components meant for weight reduction. It also has an electric power steering and a stiffer chassis. The Miata remains to be a roadster and still has a manual transmission. After all the Miata would not be what it is without the six-speed manual transmission as it’s all about simplicity with the Miata models. 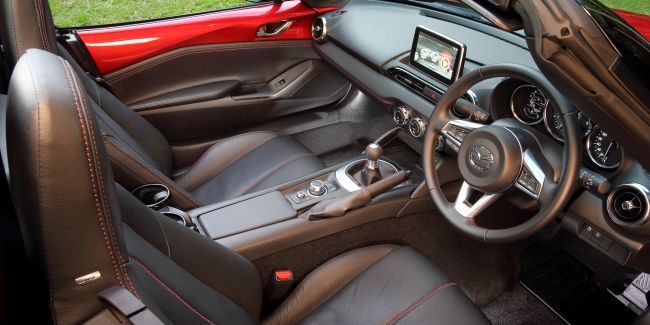 Near the center of the car sits a 2.0 liter four-cylinder direct injection gasoline engine which will most likely pave way for the new-gen Skyactiv new version, similar to the one in Mazda 3. The engine however produces up to 155 horsepower on the Mazda 3 but gives an output of up to 167 horsepower on the current Miata. The all new chassis of the Miata could potentially accommodate the Mazda’s larger 4 cylinder engine which is a 2.4 liter model producing up to 184 horsepower. However, the incorporation of this engine beats the logic of the Miata being smaller and lighter. Nevertheless, there is a possibility of a smaller four cylinder engine with a higher power output. The Miata in addition to the standard, has an automatic option due to customer preference. 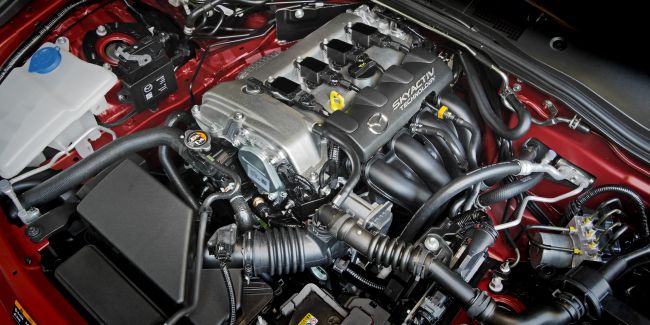 After its release on September 3rd 2014 on the Mazda Raceway Laguna Seca, the 2016 Mazda MX-5 Miata has a starting price around $25,000. This is a price set to stay competitive and still hold its fundamental charm of being affordable.