The Hyundai Veloster made its first appearance in 2011 at the Detroit Auto Show. It was intended to be a Hyundai Tiburon replacement and, even though it featured a compact backcomb body style, it was extremely perform-able sports car. The model is intended for younger generations of drivers, which is not that surprising, given the fact that it is being developed in the Hyundai’s Premium Youth Lab, which targets younger crowd in general. There are many unique features reserved for this model only, that distinguish the car from many other models of the same class, such as the asymmetrical door configuration, that features one door on the driver’s side and two doors on the passenger’s side. Only one iteration of this model have been made, and with the second generation around the corner, 2016 Hyundai Veloster is ready to shake the grounds. 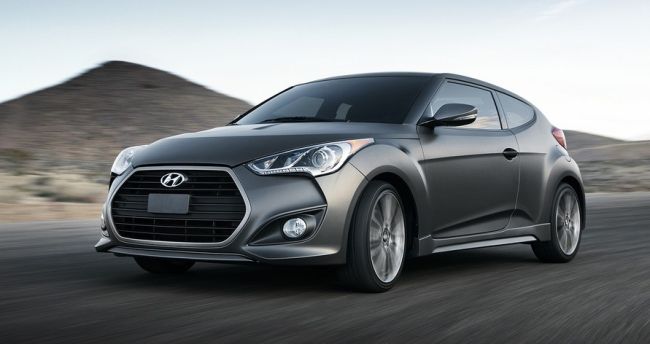 Exterior and Interior of 2016 Hyundai Veloster 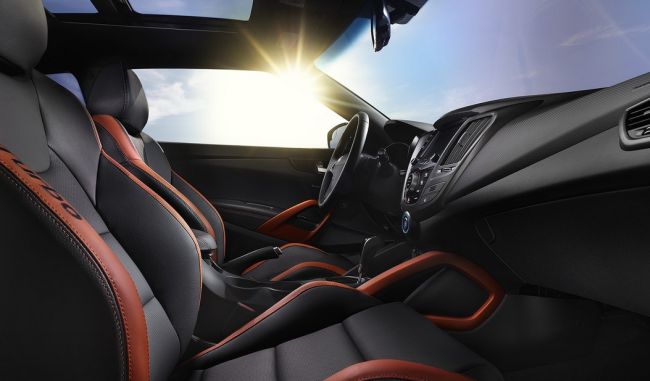 The all new 2016 Hyundai Veloster will feature many design changes compared to its predecessor. Looking at the front, extremely large front grille takes most of the space of the entire front fascia, unlike the previous model, which had the grille concentrated mostly on the center part of the front grille. It will be large and wide, making the air suction and engine ventilation a piece of cake. The headlights are kept more or less the same design lines as before, with the exception of the fog lights shaped roundly and positioned a little farther apart than before. On the inside, the new Veloster will have the latest tech goodies, such as the Beats audio system, new infotainment system, with large LCD screen, revised instrument cluster, but will keep the minimalist overall design.

The engine hidden beneath the hood of the new 2016 Hyundai Veloster will, unfortunately, not be radically changed. The officials have decided that they like the old 1.6 liter turbocharged inline 4 cylinder Gamma DOHC D-CVVT engine. The engine is quite capable, delivering around 200 horsepower with a maximum torque output of around 195 lb ft, but we wanted to see a bit more power under the hood. The engine can accelerate the car from 0 to 62 in 6.8 seconds and with a maximum top speed rated at 155 mph, it is far from slow. The gearbox that comes in pair with the engine is a 7 speed dual clutch automatic transmission system. The 6 speed manual will also be available as an option and will provide little less performance when the mileage is concerned, making the car travel 25 mpg in the city, 33 mpg on the highway, averaging at 28 mpg, while the 7 speed automatic performs a bit better – 27 mpg in the city, 33 mpg on the highway and 29 mpg on average. 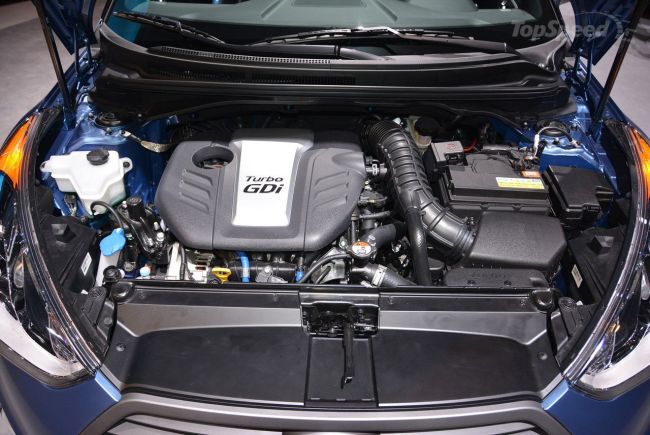 As far as the prices are concerned, the new 2016 Hyundai Veloster won’t come cheap, especially given the performance it has to offer. The car was officially unveiled on January 20, in South Korea and the starting price for the base model will be around $22,000.