Ford has been producing great SUVs for a long time and there is no doubt about that. One of their most popular models, at least among the real SUVs is the Everest – the SUV that can transport seven passengers. Ford claims that the 2016 Ford Everest is the technologically advanced, most capable SUV on the market and along that it has amazing fuel efficiency. Everything that the Ford officials said about their popular SUV will soon be put to the test, because this model has lots of competition and buyers could have hard time choosing the right SUV for them. 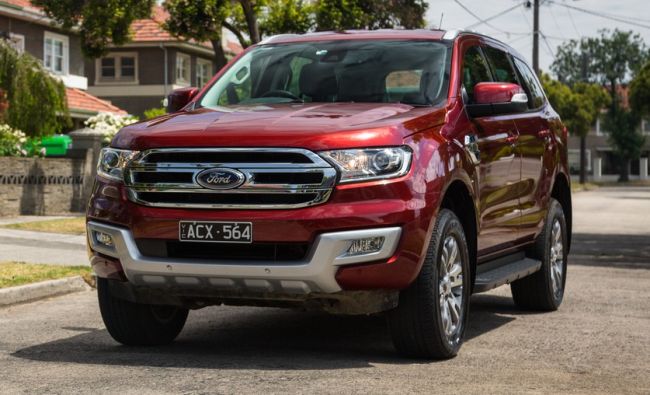 The most amazing thing about the exterior of the 2016 Ford Everest is low drag coefficient of 0,389 (actually, according to the official data, 2016 Ford Everest has the lowest drag coefficient in its class). Ford engineers did a great job with the exterior, since the SUV has this low drag, although it has really boxy design – according to the official this has been done with special underbody shield which helps the air pass under the vehicle. Apart from that, the 2016 Ford Everest will get some changes on the outside – the front of the car will get new headlights with integrated LED daytime running lights and new grille. On the back of the car, new bumper and taillights are going to be used. The back of the car still features the large chrome bar with Everest branding. The whole SUV should look really similar to the current model, but it should look a little more modern. 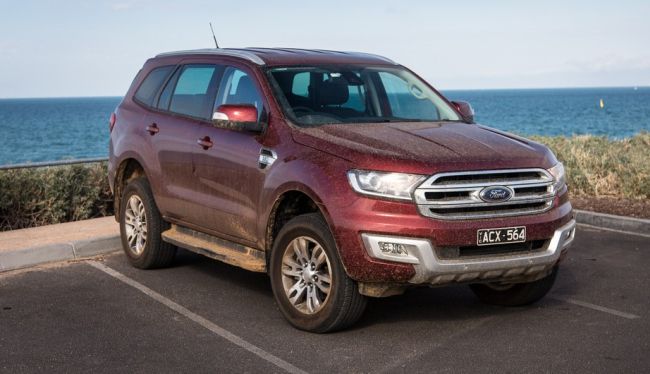 The interior of the 2016 Ford Everest is all about the safety and comfort of the passengers. There is a touch of elegance to the otherwise functional and minimalistic interior. Some of the features (taken from the long list of features that 2016 Ford Everest will offer) are: multifunctional steering wheel, 8-inch touchscreen for controlling the infotainment system and some of the functions of the interior, satellite navigation, Bluetooth connectivity, Wi-Fi hotspot connectivity and 8-way adjustable front seats with heating. Ford has been working on making the 2016 Ford Everest as safe as possible and because of that there are lots of safety systems: active park assists, adaptive cruise control, curve control, lane keeping aid, stability control and seven airbags.

Ford is going to offer 2016 Ford Everest with three different engines – the first engine is going to be 2.0l EcoBoost 4-cylinder petrol engine that produces 250 horsepower and 270 lb-ft of torque, which is paired with six speed automatic transmission. Second engine is 2.2l Duratorq 4-cylinder TDCi diesel engine that is really fuel efficient and produces 200 horsepower and 347 lb-ft of torque. The third engine is the 3.2l Duratorq 5-cylinder TDCi diesel engine. Both diesel engines will be offered with either six speed manual or six speed automatic transmission.

The Hyundai Veloster made its first appearance in 2011 at the Detroit Auto Show. It was intended to be a …