Even though a great number of hybrid vehicles have been launched over the last years, only the Toyota Prius was good enough to take a big bite out of the sales and became the most popular hybrid model ever produced. However, it seems that Hyundai is pretty serious to change all that by launching a brand-new model called the 2017 Ioniq. Just recently, the carmaker delighted us with teaser photos and details about this dedicated hybrid hatchback. Why we think that the 2017 Hyundai Ioniq will be more popular than the venerable Prius? The reason is pretty simple. It will be offered with all-electric power-plant besides the regular plug-in hybrid and hybrid combos. So, the 2017 Hyundai Ioniq will be a first-ever production car with plug-in hybrid, electric, and a hybrid drivetrain. 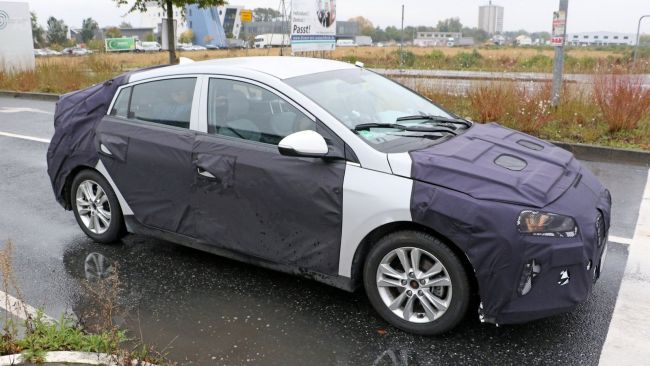 Even though its heavy camouflage hides its true design, it is obvious that the upcoming 2017 Hyundai Ioniq has the same aerodynamic lines as that of the Prius. The front end of the car sports vertical LED running lights and blue-accented headlamps. As for the grille treatment, it will probably have six-sided design like other Hyundai’s vehicles. Moreover, the Ioniq won’t have wedge-shaped design as the Insight or Prius. It will be more traditional model with conventional windshield and nose. However, it sports similarly designed, short rear deck and pretty tall rear fenders as the Prius. 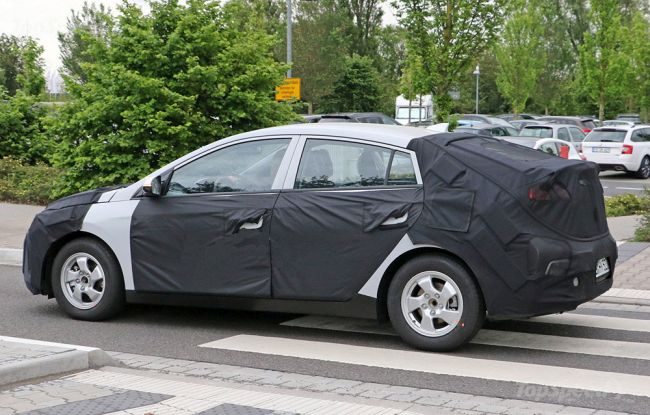 Thinks inside of the cabin seem to be pretty smooth and clear. The dashboard is free of cluttered design. It will probably be equipped with 7” or 8” touch-sensitive display. The top of the steering wheel is blurred out for better view of the instrument cluster which is by the way all digital. For better ambience, the cabin of the newcomer will probably be offered with LED lightning. Even though we still don’t have an official photo of Ioniq’s interior, we believe that the cabin will benefit from top-notch materials for better look and comfort. 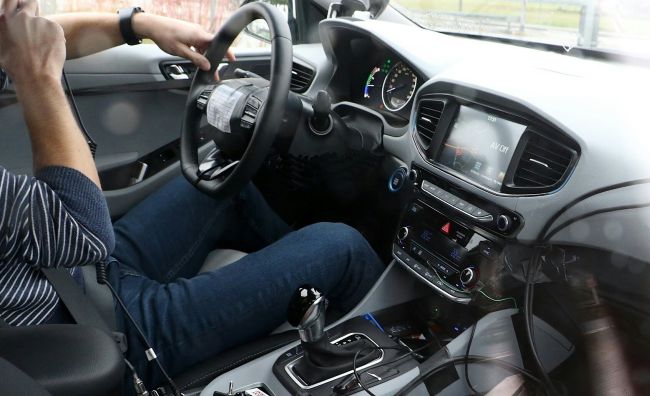 With all official details being veiled in secrecy, we know that the 2017 Hyundai Ioniq will be offered with three engine options. A plug-in hybrid, a hybrid and an all-electric version will be offered. The plug-in hybrid and a hybrid will use a gasoline engine. There are some rumors that the carmaker will employ a 1.6-liter gasoline to ensure power for the all-new Ioniq. Of course, the engine will work together with an electric motor in hybrid and plug-in hybrid model. As for the fuel economy, the Ioniq is believed to offer better fuel economy than that of the Sonata, whose fuel economy is rated at 36 mpg city drive and 40 mpg highway drive. When it comes to the all-electric model, the carmaker announced that the Ioniq will be powered by a high capacity, ultra-efficient lithium-ion battery. Allegedly, the vehicle will be able to go more than 100 miles on a single charge. 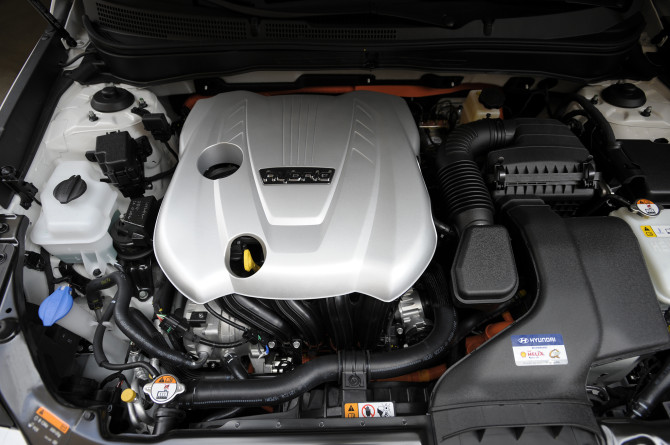 The GT-R is the spiritual successor for the R34 GT-R which is one of the most impressive cars ever made. …