The prototype for the new 2018 Honda Civic Type R has been first showcased a few months back and it seems a much better car than its predecessor. However, the car is more than that for the US market. So far the US never received the Type R Civic which will make this the first one to hit the US shores. There are many people out there looking to get one and it seems that the car may be able to dethrone the Focus RS. The new Type R is based on Honda’s modular architecture, just like the new Civic, and it features a lot more technology than before. 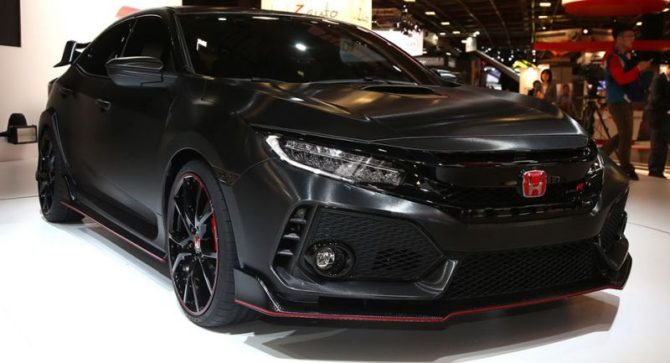 While Ford, and most of its rivals, went to all wheel drive and computers to make the car handle well, Honda actually used mechanical upgrades to make the Type R go faster. More on that a bit later. Until then, it seems that the new Type R is only going to be available as a hatchback. The car has been engineered in Europe and it is a steep upgrade over the performance Si. In fact, the car is going to be more than 50% more powerful and a lot faster than its closest sibling. The price is currently unknown but it seems that when it will hit showrooms in the late 2017, it will cost over $35,000. 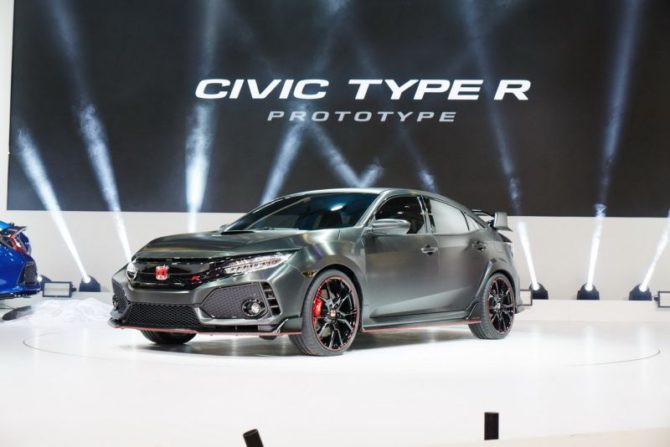 Like Ford proved with the RS, we are quite sure at this point that the 2018 Honda Civic Type R is going to sell really well. However, this is not only because it will be the first time a Type R Civic will be available in the US. Instead, it will feature higher levels of performance than most. Like we said, Honda prefers actual performance, so the Type R features some interesting items. For starters, the car is front wheel drive and it will send all that power via a six speed manual and a mechanical limited slip differential. It will also feature large brakes, 245mm section tires in the front and at the back as well as a set of aerodynamic upgrades. 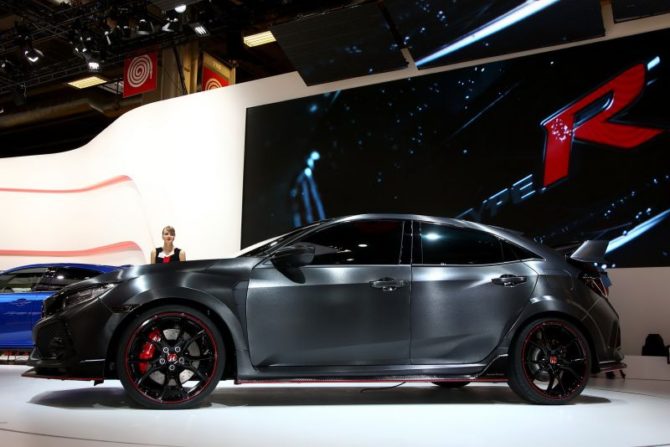 These aerodynamic upgrades will make most of the design for the new Type R. Even though the car is based on the Civic, it couldn’t be more different. The front end features a large carbon fiber splitter, there is a new grille and red accents everywhere. The back features a triple center-mounted exhaust, a large fixed wing and even a working diffuser. All of these are meant to make the car go faster and nothing more. 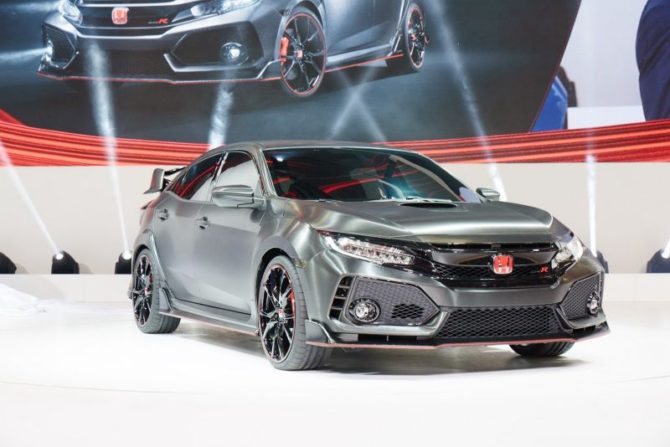 In order to make it as fast as they say it will be, Honda will install a 2 liter turbocharged inline 4. This engine is an evolution of what was available on the current model and it seems it will be more powerful as well. The early reports suggested that the 2018 Honda Civic Type R will have 314 horsepower and 295 lb-ft of torque. It seems that this is not true. Instead, the car will more than likely offer closer to 350 horsepower and over 300 lb-ft of torque. With that, it has the potential to become the most powerful front wheel drive hatchback ever made. 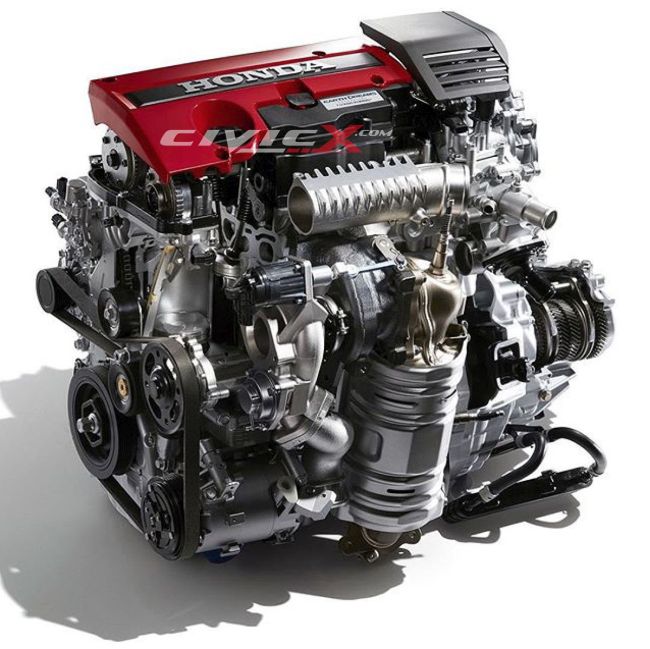 The engine is not everything though. Like we said, a manual gearbox and a limited slip differential will assure that the car puts that power to the ground. The suspension system will also have to be reworked extensively in order to remove the usual torque steer associated with front wheel drive cars. So far it seems that Honda might have pulled it off in which case the Type R will officially become the most interesting hot-hatch on the market.

The new 2015 Honda Civic Type R model has been unveiled at the Geneva Motor Show this year. The Japanese …

Released back in 2008 on the market, the ongoing RAM 1500 can’t really match Ford’s latest offering which trumps it …