The new 2015 Honda Civic Type R model has been unveiled at the Geneva Motor Show this year. The Japanese manufacturer has decided to regain its premium brand status with the introduction of the new Honda Civic. The car from the Honda is based on a new radical performance model with a hot hatch styling. The focus of the company in making a stylish car with a sporty look has brought a lot of excitement in the car lovers around the world and the new Honda Civic is definitely going to serve their expectations. 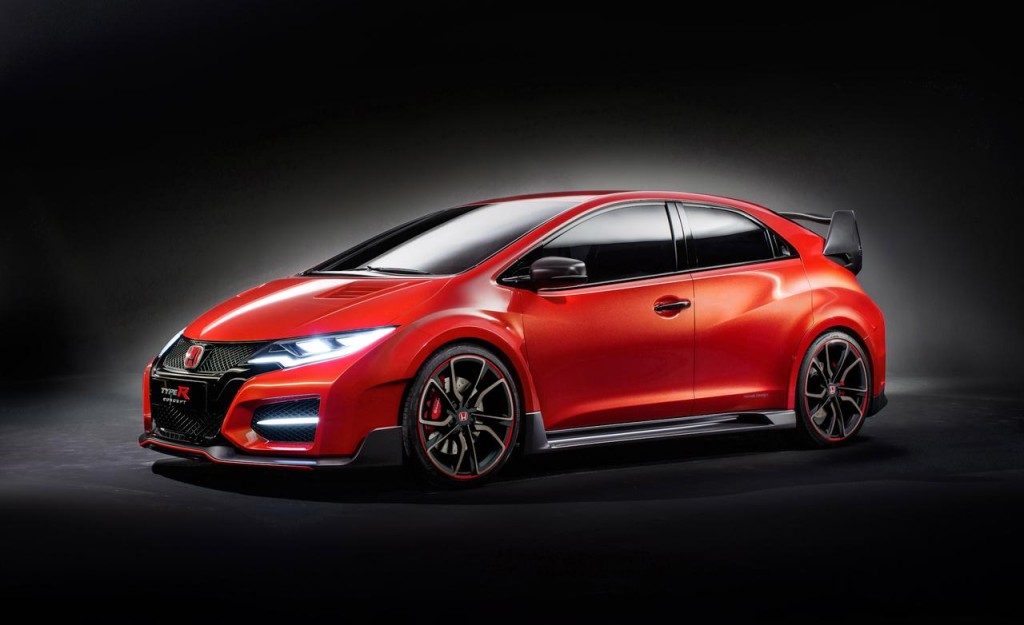 The new 2015 Honda Civic Type R has been designed with different styling and looks over the standard Honda Civic models. The car is structured as a racing car with wild bodywork. It is designed to adapt to its sporty characteristic. In order to fulfill sport demands it gets front spoiler, larger upper and lower grilles, air ventilations on the hood, and to improve airflow there are wider fenders with large vents. With all this modifications it has reduced drag, better cooling, better downforce and optimized airflow. It has got swooping curves, quad exhausts, bulging wheel arches and a large rear wing, giving it an upper hand against the rival models. It has new headlights with integrated LED daytime lights and foglights. The wheels of the new Type R model from Honda Civic are designed with thin spokes. The towering is done with a double rear wing, which allows increased down-force and hosts integrated LED lamps. Even though the car looks like a WTCC racer, it is distinctive it in its features and specifications. 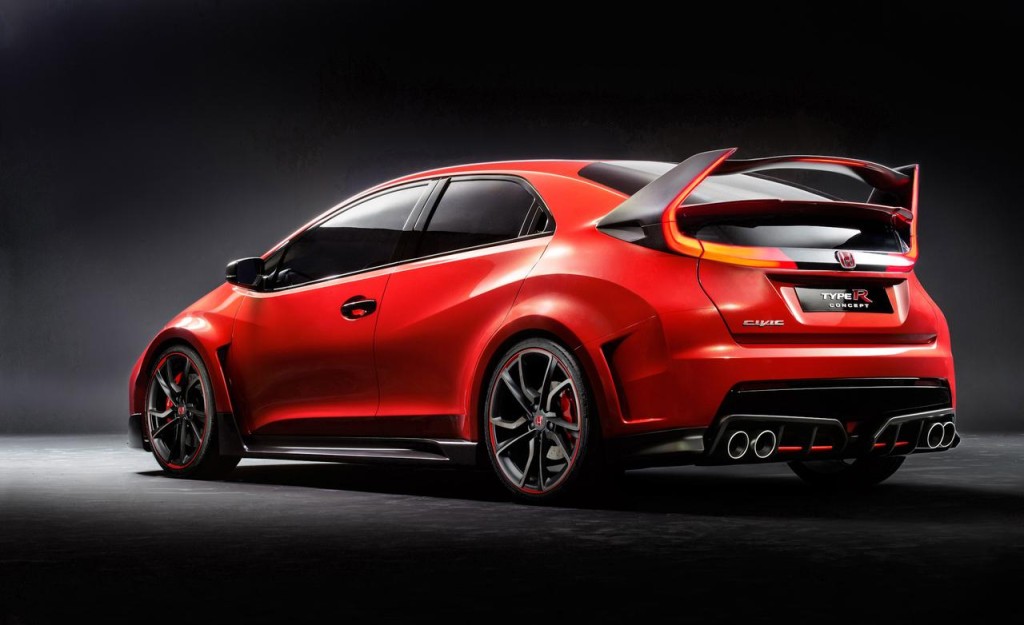 The unique feature of the new 2015 Honda Civic Type R is its 2.0 liter turbo engine which replaces the traditional VTEC engines in most of the previous Honda Civic models. The car is expected to give an output of more than 280 BHP and more than 400 Nm of torque. The new turbocharged engine with 2 liter capacity makes the car more efficient and quicker than the previous versions. The car is capable of reaching from 0 to 62 mph in six seconds and manages an economy of around 40 mpg. The manufacturers have designed it to be one of the fastest moving front-wheel-drive cars instead of a high performance output vehicle. The testing at the Nurburgring has provided many styling features to the new Honda Civic. Some of them include the cooling aid, reduced drag force, optimized air flow, added down-force, etc. The performance of the car is guided with the help of air vents, wider fenders, front spoiler with a red stripe and improved air flow with the help of larger vents. The headlight features daytime running LED lights.

The car has a 6-speed  manual transmission system with a front wheel drive. It has a fuel consumption of about 4 liters per 100 km. The car also features a rack and pinion, power assisted steering mechanism. The front wheels of the new Honda Civic have Disc brakes with ventilation. The rear wheels also have Disc brakes. The comfort of the car is maintained with the help of Air Con and Climate Control Multizone. The safety features of the car include anti-lock braking system, pretension belts for front seats, dual airbag package and side airbags. The embedded security systems of the car include remote anti-theft alarm system, engine immobilizer and the central locking remote system. There is an eight speed dual clutch transmission available with the turbo-charged engines. 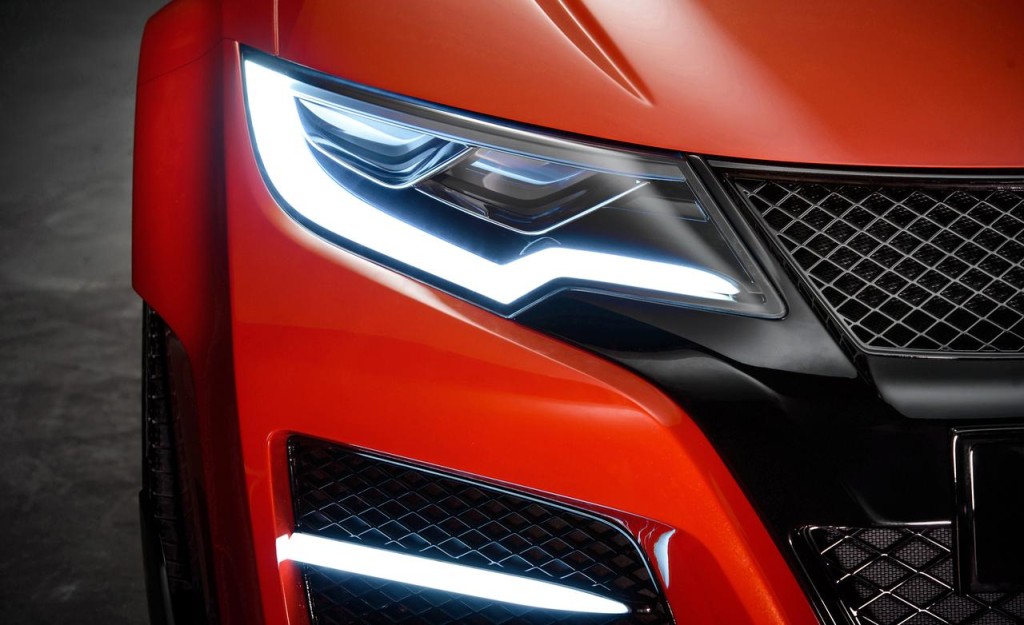 The twenty first century, where almost everything is all about power, speed and luxury, has seen many innovations in regard …