Ferrari, a name that resonates louder than the V12s in their car. The prancing horse has been around since 1939 to give us some of the prettiest and fastest road legal cars we’ve seen. Beasts such as the Enzo, F40, F50, F430, 458, LaFerrari to the more recent cars such as the Roma, Portofino and GT4C, Ferrari has always pushed to redefine the capabilities of their cars.

Ferrari has finally revealed extra information on the alternative for the 812 Superfast. The new upgraded car is going to be called the 812 Competizione. It is going to follow the same path as its predecessor with a preinstalled coupe and the Competizione A Targa detachable roof model. But most essentially, the V12 is permitted to rev as much as a whopping 9,500rpm! 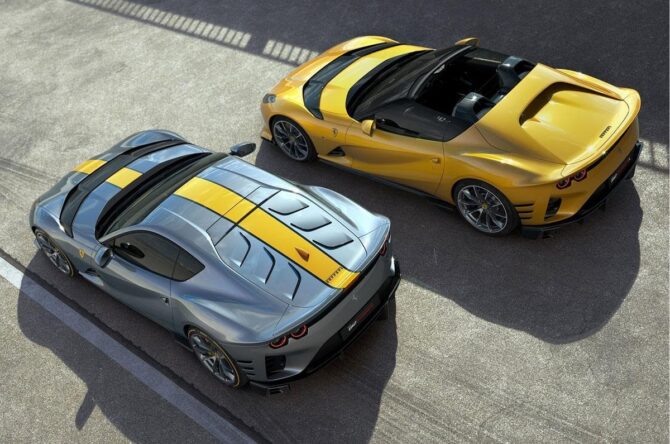 Ferrari introduced an alternative to the 812 Superfast. The model is named “super fast” because it was unparalleled in its speed. The new 812 is now available in coupe and convertible versions. The upgraded versions are being introduced via two models for Ferrari 812 Competizione and Competizione A. The suffix stands for Aperta, which of course means a convertible. Ferrari launched the 812 Competizione in early April, but some details were hidden from the public including a convertible model. With the 812 Competizione A, this high-performance supercar will have a detachable Targa roof, and these two brothers are likely to be the last naturally aspirated and front-engined Ferrari V12.

Ferrari has spared no effort to ensure that it is the best car of its kind to come from Maranello. The 6.5-liter V12 is set to 830 hp and 692 Nm of torque. The engine used for the Ferrari 812 Competizione is the most powerful internal combustion engine in the brand’s history. It can reach 9,500 rpm, the highest among all Ferraris. The 7-speed twin-clutch used in this model also results in a faster by 5%. Check here to know more.

Along with an additional 30hp and a torque modified by 26 Nm as compared with the previous 812 Superfast, the Coupé can accelerate from 0 to 100 km/h in 2.8 seconds and then from 100 to 200 km/h in a total of 7.5 seconds. The car runs out of juice only after hitting the 340 km/hr mark. This is achieved because of the extra power and a build that reduces the overall weight of the car. 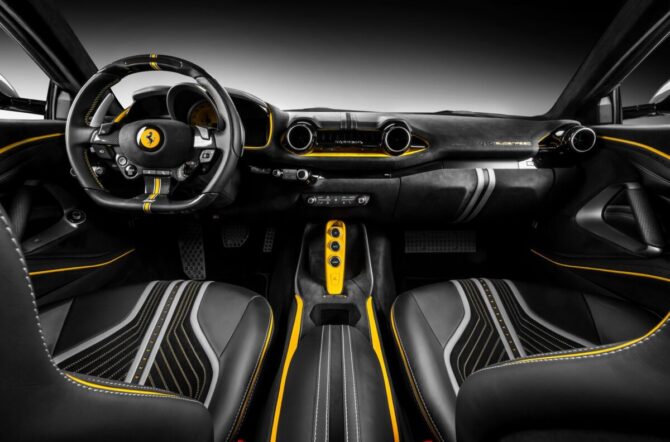 The best place to be around a Ferrari is in the Ferrari and the cockpit of the 812 Superfast was a sensational place to be. For this reason, Ferrari has kept the cockpit of the 812 Competizione and the 812 Competizione A, quite similar to the original car. However, the door panels have lost weight highlighting the sportiness of these new special machines.

The one big change in the cockpit is the inclusion of the gear gate in the centre console. This theme links classical Ferraris to modern Ferraris to create a sense of heritage belonging and give this edition a contemporary twist. Being the first ever time this has appeared in a V12 car, it mirrors the legacy the driver becomes a part of while in the cockpit of this Italian car maker. 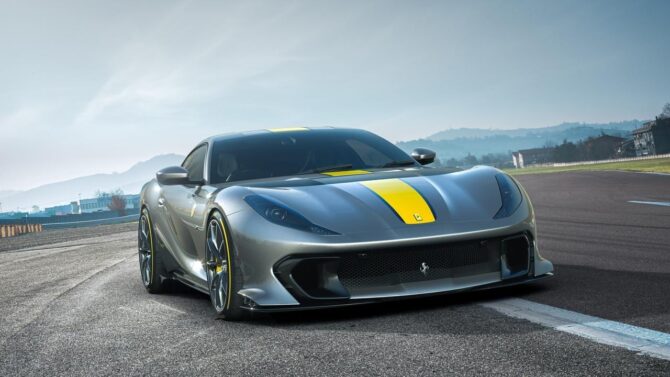 Ferrari has also stated that “all four wheels are independently steered”, which seems to be a unique way of saying “all-wheel steering”. Ferrari also went to great lengths to make the car that is lighter than the 812 Superfast. There are large bits of carbon fiber used in both the interior and exterior of the car, but Ferrari are yet to mention the overall weight savings on the car. Another innovative component on this limited edition model is the latest version 7.0 of the Ferrari side-slip system which will be complemented by the all new Michelin Cup2R tyres. Writers at ShiftUp believe that this combination of the independent all-wheel steering, the side-slip system and the new Michelins will undoubtedly make this a contender for all-time great Ferraris.

In terms of aerodynamics, the model will have a completely redesigned package. Ferrari claims that it will provide greater downforce than the regular 812, new front air intakes, new rear diffuser, and exhaust port configurations. The car also includes a patented rear screen design with Vortex generators. Ferrari have said that the rear windows have been replaced by a one-piece aluminum frame, and the vortex generator helps improve aerodynamic efficiency. The rear spoiler is also larger, keeping the rear wheels close to the ground when cornering.

Ferrari still managed to store more information regarding these models. The final specifications of the 812 Competizione A have not yet been released. In addition, there is no mention of how many examples have been completed for a particular model.​​​ Since this is a limited edition, we believe that most, if not all, have already been sold. Don’t be surprised if the 812 Competizione and 812 Competizione A are manufactured in limited quantities and the delivery time is long. You may ask, the price in Europe may be between 560,000 to 580,000 euros.

From Ferrari we can always expect top notch luxurious cars and new California T is surely one of them. Even …