In recent years, the environment has been hurt a lot by emissions and the major contributor is automobiles. Cars have an internal combustion engine that follows a certain process to produce power. The problem is the combustion of the fuel in the engine which produces Carbon Monoxide (CO) that goes into the atmosphere and causes pollution. Yes, companies have started shifting towards greener ideas like switching to hybrid systems, downsizing the engines, and adding air particulate filters. All this is good for the environmentalist people but what about the enthusiasts?


What about those who care about the environment but still want a solid performance from their car? EVs is the answer.

Electric Vehicles (EVs) are cars powered by a battery instead of an internal combustion engine which power motors that move the wheels. The performance differs based on the number of motors and the battery capacity but what’s common in all the EVs is the fact that all of the power is available instantly. This results in instantaneous power which is beneficial in city conditions, while also adding to the driving feel. Apart from this, Carindigo.com lists several other benefits to owning an EV:

What is the Tesla Model S? 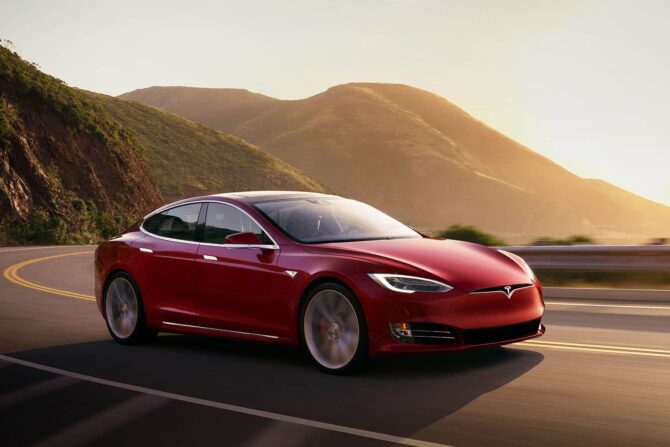 Talking of the options available in the EV market, Tesla is by far the most popular brand making incredible cars that provide the optimum mix of practicality and performance. The Model S was the first car from the carmaker’s line-up to gain traction in the luxury car market and make the German giants shiver in their boots. It has been the benchmark that every other car has to beat in terms of acceleration, performance, practicality, and the most important of all – economy. 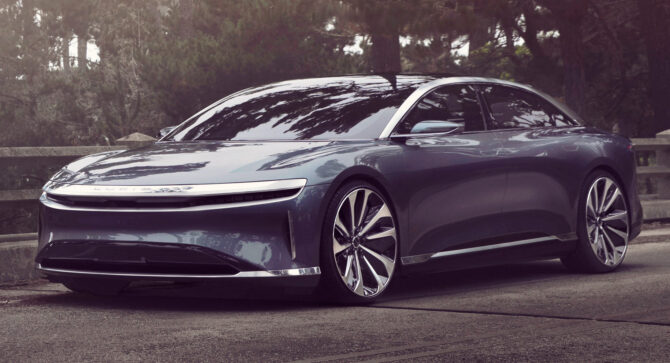 There has been competition in this segment from various other start-ups like Faraday Future and Fisker but none of them could sustain the humongous costs and production line difficulties associated with the manufacturing, sourcing, and quality check of the EV segment. Offering in the luxury segment, Tesla also had to face a lot of criticism over certain quality, reliability, service network, and technological costs but the traction that the Model S gained helped the company through all the challenges.

Adding to the list of contenders is another start-up called Lucid Motors. To start with, the company is following a similar path to Tesla’s and aiming at the luxury car segment. the only difference now is that there is an EV in the segment already that has a stronghold and Lucid’s offering’s biggest task is to snatch some customers off of Tesla’s targeted segment. The company is trying its best to establish a service network in some of the key markets and is also constructing its factory in Arizona, all thanks to a fund injection of over $1 billion from the Public Investment Fund of Saudi Arabia which was completed in the April of 2019.

What the 2023 Lucid Air brings to the table is a couple of electric motors, paired to a 113-kWh battery which produces 1080 horsepower! This battery setup, as per Lucid, will provide a range of 517 miles and will be charged by a 19.2-kWh AC charger and a 300-kWh DC charger. The manufacturer has already released an expected quarter-mile time of 9.9 seconds which is faster than the Model S and most of the supercars in the market.

How does it stack up against Tesla in the real world? 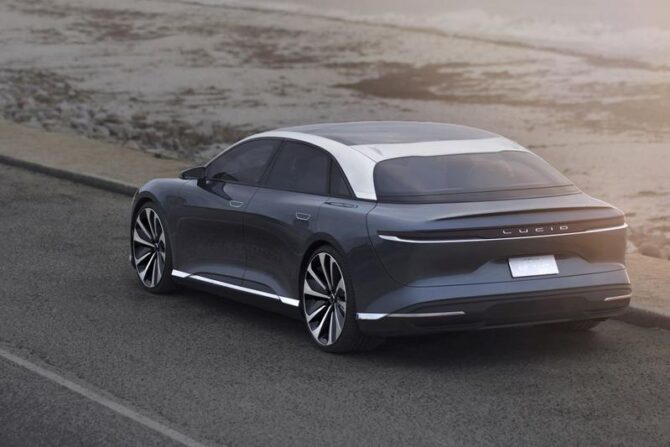 Specification-wise, the Lucid Air seems way more lucrative than the Model S but when we talk of real-world performance, there is a lot in for the company to deal with. Starting off with the price point, the Air is expected to cost an eye-watering $161,500 which is already a lot more expensive than the Model S’s $91,900.

And, being an individual looking to spend this much on a car, one will never park money in a place where there is a lot of uncertainty. Lucid has a lot to do in terms of the service network pan USA, let alone the world, and setting up a wide service network is one thing that had bugged Tesla at the early stages too. Adding to this woe is the logistics required for the car’s battery and how reliable it will be in terms of longevity and performance over a period of time.
Next is the fact that Tesla has ironed most, if not all, of the bugs that their cars had in terms of software and has always been improving since. The Lucid Air is an expensive proposition with an unknown level of commitment from the management and it is difficult to predict any swift action, if at all, from the management.

Despite the above concerns Peter Rawlinson, the CEO of Lucid, strongly believes that a second-mover advantage will be far more beneficial because all the blunt that a first-mover has to face is already faced by Tesla. The canvas isn’t as blank for them as it was for Tesla. Yes, the competition is strong but with constant improvement and adaptation of newer technology, the CEO is certain that the rough seas will be over soon!

The Lucid Air is said to be released by the mid of this year and only after then will the EV drivers determine whether banking on range and performance was a good idea for the new carmaker or will it be another Fisker story.

An all electric pickup truck would not be as far fetched as it seemed a few years back. The interesting …