2016 GMC Acadia should be the last model of full-size crossover SUV’s first generation. Before next generation arrives, however, Acadia will remain basically unchanged in all segments apart from colors (Ebony Twilight Metallic, White Frost Tricoat) and OnStar 4G with LTE and built-in Wi-Fi hotspot. 2016 Acadia is a handsome and somewhat affordable way to get yourself a full-size SUV which offers plenty of space for the whole family and more. The new GMC Acadia 2016 is not one of the best performers around, but it has its advantages nevertheless. It saves some fuel and offers advanced tech list which should make your ride comfortable. 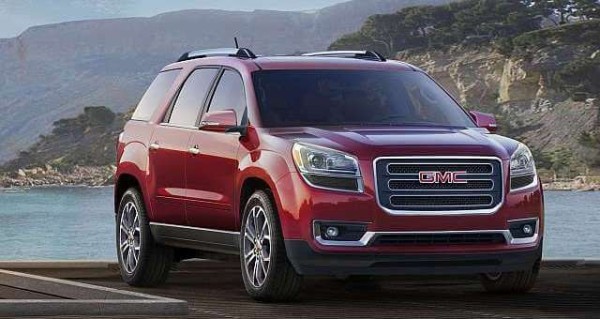 Design-wise, new model doesn’t bring anything new. The new GMC Acadia 2016 is still quite handsome car with nice combination of curves and lines. Front fascia features base curved rectangular grille with red GMC lettering in its middle. However, grille can be fully chrome-covered if you decide to go with upscale Denali models. Handsome bumper gets nice, rectangular foglight sockets, while trapezoidal headlamps look good on their own. Both front and rear wheel arches are rather pronounced, and rear end is finished in great style, especially in Denali grade. There are plenty of chrome parts and nicely executed tail-lights back there. There are two new 2016 GMC Denali colors: Ebony Twilight Metallic, White Frost Tricoat.

Interior is as spacious as 7 or 8-seat cars can be. Nicely rounded off dash is combined with rather heavy instrument panel which features plenty of controls below dual airvents. 6.5-inch touch screen display sits below them and does all infotainment duties. Middle tunnel takes a lot of space as well, and can be wood-coated if you choose Denali as your grade. Top, 2016 GMC Acadia Denali trim level will also offer navigation, Bose premium sound systems and ventilated front seats as standard. Safety features are top class and apart from all mandatory systems, you can also get a rearview camera, rear park assist, blind-spot monitors, cross-traffic alerts, forward-collision alert and lane-departure warning. 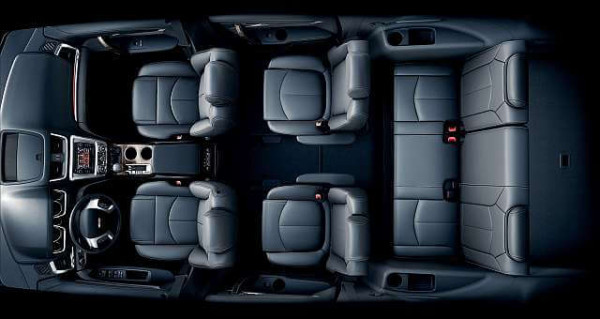 As before, the new GMC Acadia 2016 doesn’t get a lot of options under its hood. In fact, it gets no other than 3.6L V-6 engine which puts up 281 horsepower and 266 pound feet of torque. Denali trim level gets more power: 77 horses and 4 lb-ft more than standard model. 6-speed automatic transmission is the only available option as well, but at least drivetrain department can be selected. Apart from standard front-wheel drive models, 2016 GMC Acadia comes with all-wheel drive as well. 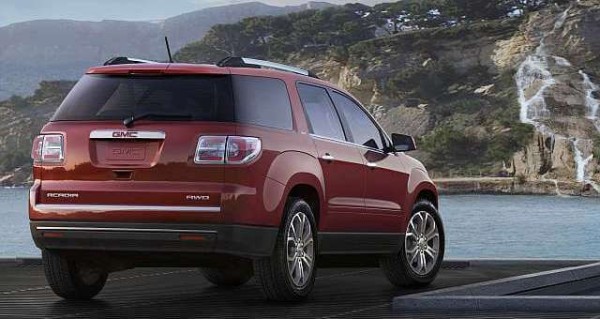 We expect the new GMC Acadia 2016 crossover SUV to come to US markets this summer. It will compete with Honda Pilot, Toyota Highlander, Ford Explorer for part of SUV car market. When it comes to price, base model starts just under $31,000, while top, 2016 GMC Acadia Denali has a price tag between $47,500 and $49,500 depending on chosen drivetrain configuration.