The previous version of the Raptor was one of the most insane trucks which were available at a dealership. However, even though it was very good it still had drawbacks but Ford is looking to upgrade all that with the release of the 2017 Ford Raptor.

The previous version of the Raptor was one of the most insane trucks which were available at a dealership. However, even though it was very good it still had drawbacks but Ford is looking to upgrade all that with the release of the 2017 Ford Raptor. It has been launched at the Detroit Motor Show at the start of February 2015 as a full replacement for the older model. The new Ford Raptor 2017 is not only faster but also more fuel efficient, better looking as well as a much better truck to drive off-road. It’s new F-150 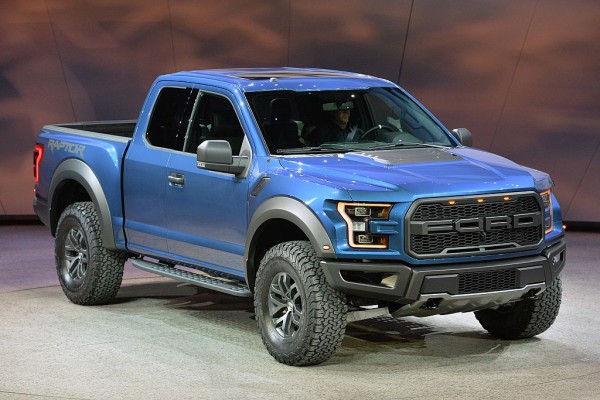 Both the interior and the exterior of the 2017 Ford Raptor received a big upgrade over the previous truck. On the interior it has a very similar layout to the normal F-150 but with better materials as well as more equipment. As standard, the customer is going to get satellite navigation, automatic climate control, electric seats, leather upholstery, a rear view camera as well as sport seats. 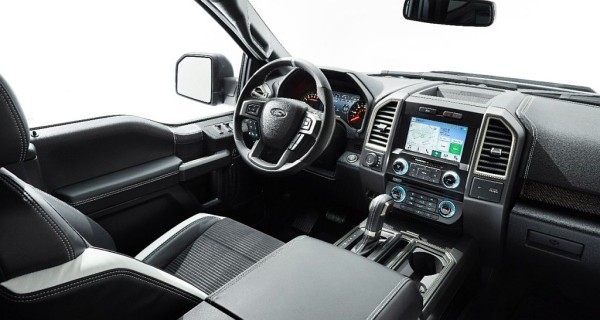 The outside of the Ford Raptor 2017 as well as the underside have been extensively upgraded as well. The front end uses much more aggressive LED headlights, a new grille with the massive Ford writing as well as a bumper which should allow for greater approach angles. At the back it has the same massive Ford branding as well as a new set of LED tail lights. Under the body there are the massive Fox racing shocks which received a boost to 3-inches in diameter, meaning that the 2017 Ford Raptor will be able to jump higher and harder than even before. 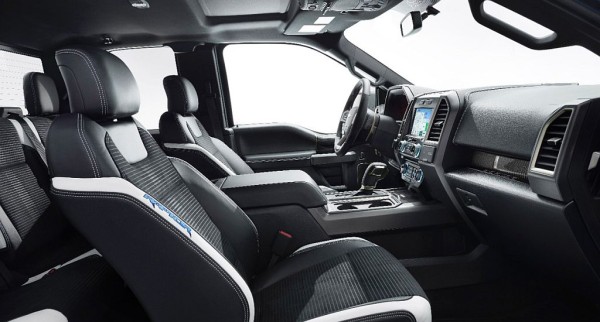 Engine wise, the new Ford Raptor 2017 ditched the old 6.2-liter V8 in the favor of a brand new engine. This is a 3.5-liter EcoBoost turbocharged V6 called by Ford the Eco Beast. It is capable of more than 450 horsepower and 480 lb-ft of torque which is more than a 10% increase over the previous truck. It will be able to offer this power while using a lot less fuel which is a major achievement by Ford. The engine is mated to Ford’s first 10-speed automatic gearbox which sends all the truck’s power either to the rear wheels or to a four-wheel-drive system. 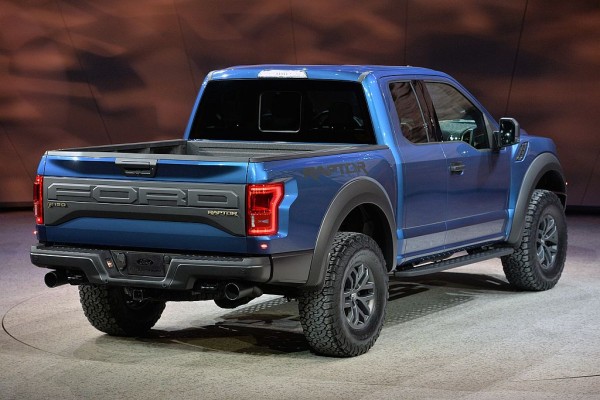 Ford achieved all of these by building it from scratch on the new F series platform. This uses the same chassis as before but with an aluminum body, meaning that the Ford Raptor 2017 lost more than 800 pounds of weight, a massive number by any means. The actual release date for the truck for when it will be available for sale is going to be at the end of 2015 at a base price no higher than $50,000. At the time of its launch this 2017 Ford Raptor still had no competitor allowing Ford to be the king for the super-truck market.