European and American car market are quite different, especially when it comes to pickup trucks. Super Duty has been the most popular pickup ever since it was released, but in Europe it has never reached that popularity. There are many Super Duty models, such as F-250, F-350 and F-450, but it seems that F-150 is the best-selling truck from this family. Even though competence is tough (Ram, Silverado, etc.) this truck managed to find a way to the top. Perhaps the most important characteristic of these trucks is towing capacity which has been gradually upgrading every year. With the 2017 Ford Super Duty this features is going to be upgraded, as well as the frame and engine. Although, there is no much reliable information about this pickup truck, we decided to take all speculations into consideration and create a review for you. 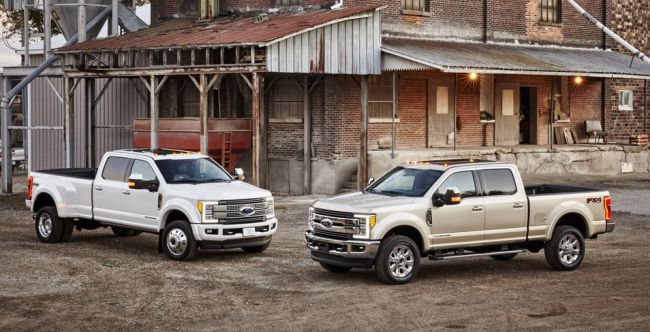 Frame of the 2017 Ford Super Duty will be strengthened with aluminum and it will be lighter for 900lbs. It will probably take after F-150 that was manufactured in 2013. LED technology is used in taillights and parking lights, and there is a possibility that even headlights will share the same technology. Also, it is most likely that this pickup truck will come with two exhaust pipes. Engineers tried to provide more space for the passengers, in order to stay competent with the main competitors, such as Ram. 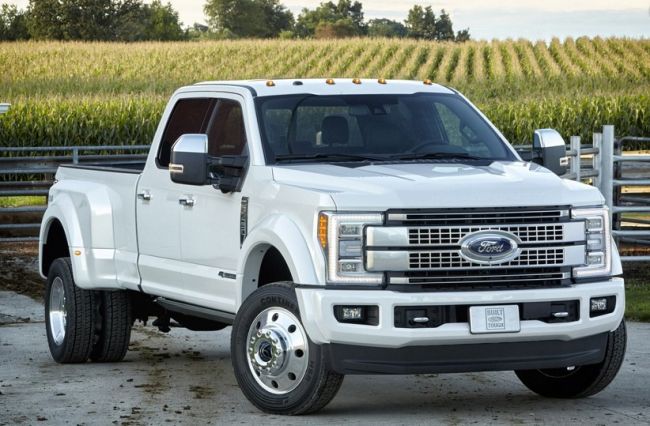 As we have already mentioned in this review towing capacity has been enhanced which means 2017 Ford Super Duty can carry more cargo. Interior hasn’t been significantly changed, and it has all standard features that Super Duty has. Generally, it will be more comfortable because the cabin is more spacious than before and high-quality materials are used all over the place. 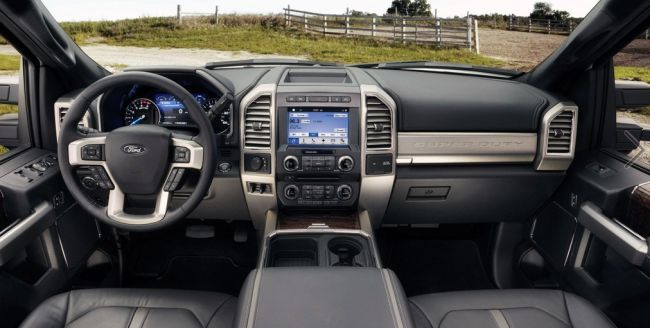 2017 Ford Super Duty will have at least two engines in the offer. On one hand, there is 6.2l eight-cylinder. This engine is going to be used in the majority of vehicles and comes with an output of 385 HP and 405 pound-feet of torque. To tell you the truth, there are plenty of pickups which are more powerful but wait to see the second engine. The second option is the 6.7l twin-turbocharged diesel engine that can deliver 440 HP and 880 lb-ft of torque. The difference between these two engines is huge and we recommend the second option, but bear in mind that more powerful engine comes with lower fuel efficiency. However, info about fuel consumption haven’t been published thus we must wait for the official announcement. Towing capacity is estimated around 30,000lbs. As a result of powerful trucks released by Ram, this figure should not be lower or else pickup won’t be competent. 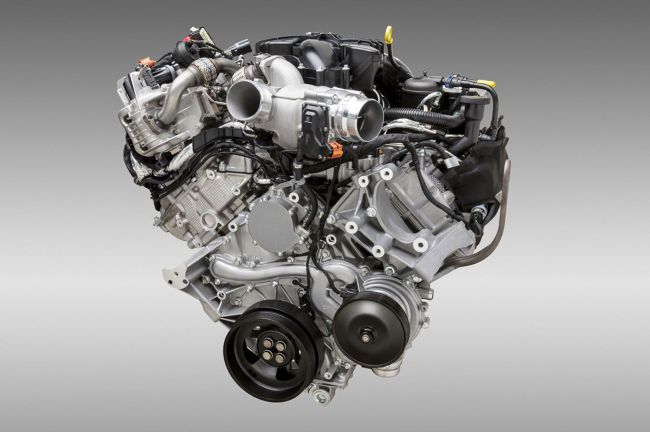 If you are thinking of buying new 2017 Ford Super Duty you must hold your horses, because it won’t hit the market earlier than the last quarter of 2016. Price will vary depending on the model, hence the least expensive model, the F-150, will cost approximately $33,000, while the F-450, which is the most expensive truck in the Super Duty family, won’t cost under $70,000.

2017 Infiniti Q70 release date, price, changes – The Q70 is one of the more interesting cars in its class …