Good things are coming to the best selling truck in the World. The F-150 is scheduled to receive a massive update for the 2018 Ford F-150 model year. For starters, the truck will receive an updated design, some upgrades inside the cabin and a surprise under the hood. All of these will allow the F-150 to continue be the best selling truck out there, especially since both RAM and Chevrolet are going to release roughly at the same time their new models. The F-150 managed to get ahead by being the first to use an all aluminum body bolted to a high strength steel chassis. The end result is a large payload than the competition while being more efficient. 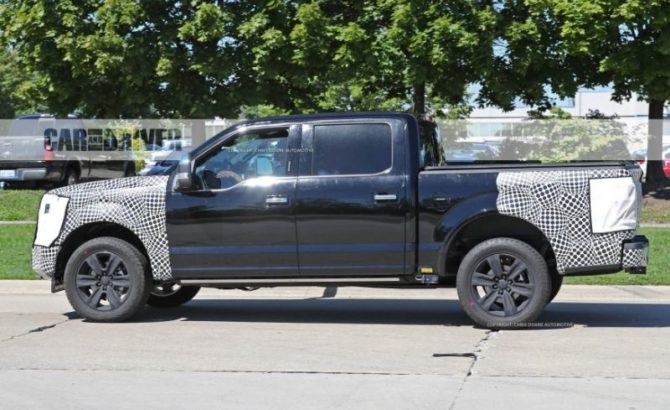 Some would say that the F-150 is still great and it would easily handle its future rivals. However, we are not so sure about that. The revised model on the other hand should have no real problems though. The new truck will basically solve all the issues with the current model while improving what was already good about it. So far it seems that the truck will be released in the fall of 2017. The price for the base model is not going to change much. However, there will be new models added to the range which will be slotted right around $40,000 which is also where its rivals are. 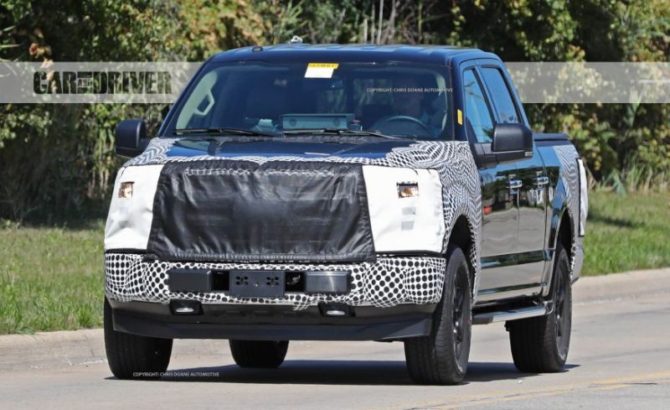 One of the unknown factors about the 2018 Ford F-150 is the way it looks. So far we have only seen camouflaged versions of it and all of them seem to be slightly different than the other one. The front end seems to be rocking a new grille with two horizontal slats. This is somewhat similar to the current model which features three. The headlights on the other hand seem to be pretty similar to the older model while the bumper is more than likely identical. The cab and the bed will stay the same but the tailgate will receive additional functions.

The changes here are most likely going to be regarding the equipment level. The dashboard and most of the inserts are already up to date and Ford is unlikely going to change much. However, the Sync 3 infotainment system might be upgraded to something new. Also, the truck will definitely receive more safety features and a bit more tech more similar to what can be found on the SuperDuty series. 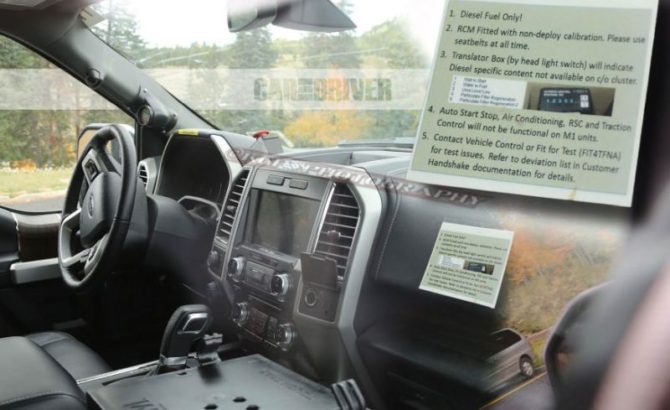 Here the 2018 Ford F-150 is going to receive the most amount of attention. For starters, the base V6, the naturally aspirated V8 and the 2.7 liter V6 engines are expected to be carried over pretty much unchanged, at least for now. However, the top end V6 will change. The truck will receive an all new 3.5 liter twin-turbo V6, similar to what can be seen in the new Raptor. This will continue to offer around 370 horsepower but it will bump up the torque to 475 lb-ft which is considerably more than the V8. The truck will also receive a new engine, more specifically a diesel. 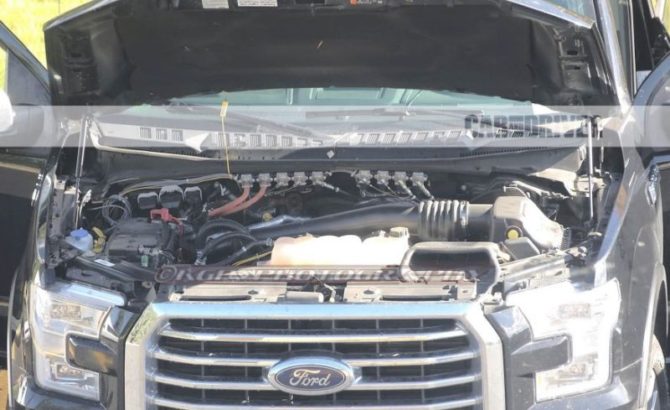 Prototypes have been spied for the last year and it seems that Ford will borrow the 3 liter turbocharged V6 from Jaguar. This is a highly capable unit which can put out more than 240 horsepower and 400 lb-ft of torque. On top of that it is very refined and it would easily bolt to their new 10 speed automatic. The engine would allow Ford to compete with RAM and it would give them a definitive edge over Chevrolet. The only unknown factor at this point is if Ford will also offer a hybrid on their truck.