The Camry is the best selling passenger car in the USA. Last year alone it sold well over 400,000 units which is a lot more than its nearest rival. Because of that it is safe to assume that Toyota doesn’t want any massive changes for the upcoming 2018 Toyota Camry. For starters, the new model is going to retain a rather conservatory look. However, besides that things are going to become very interesting. For starters, the new model is going to use Toyota’s new modular platform which debuted on the Prius. While this may sound bad for the model, it really isn’t. The new platform will allow it to drop a few hundred pounds while improving its handling. The NVH levels will also improve and it should make for an overall better car than before. 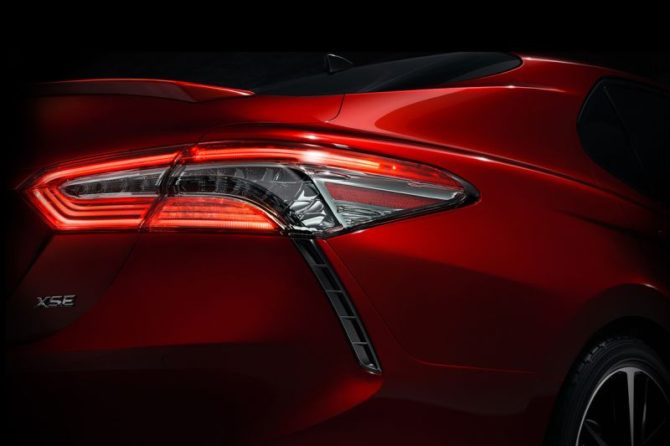 Even though Toyota wants to keep the Camry as similar to the one before it as possible, they will also add some flavor to it. For starters, this will be the first model in a while to receive the TRD badge. This is mostly a response to Ford’s Sport Fusion which was a lot more successful than anticipated. On top of that we may also see a more luxurious version of the car. The price is still unknown but the base model will likely cost around $24,000 while the TRD might set off at roughly $35,000. 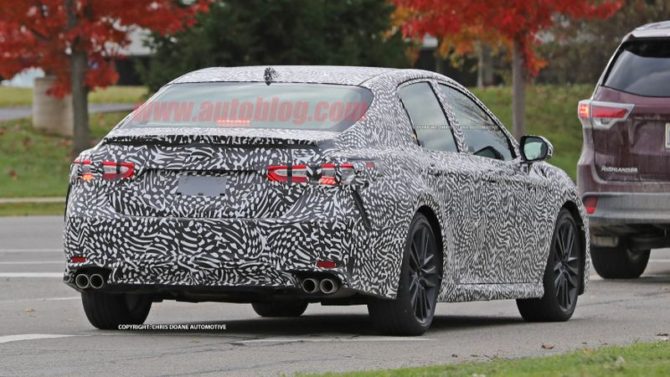 “If it’s not broken, don’t fix it!” Even though this doesn’t usually work in the car industry, it seems that Toyota is trying just that. From most spy shots we have seen so far, the upcoming 2018 Toyota Camry seems to be very similar to the ongoing model. In the front we can clearly see a new grille and a new pair of headlights. However, the design seems to be a lot closer to the current model than anticipated. On top of that, even the TRD model looks to be very similar to the older car. The rear end seems to have the same raked glass and the same type of trunk lid. However, from the side it is quite clear that things are a bit more different. The belt-line is slightly different and the car looks quite a bit more like a coupe than before.

Inside the cabin of Toyota Camry 2018

So far not much has been released about what the 2018 Toyota Camry is going to feature here. For the time being it seems that Toyota will keep things quite conventional. The materials will improve and the equipment level will be better. The design will not be anything too out of the ordinary either. So far it seems that they may offer a revised version of the interior found in the current model which would still be perfectly fine. 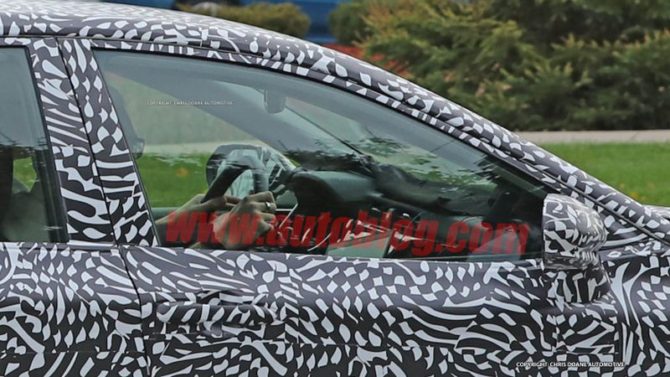 It has been confirmed that the new Camry is going to feature turbocharged power. However, the two older engines may still be offered for the new model. The base car could still get the 2.5 liter inline 4 which may receive a small bump in power. In between them we may see a 2 liter turbocharged inline 4 engine that will replace the V6 in the non-TRD models. This could offer up to 270 horsepower and around the same amount of torque. 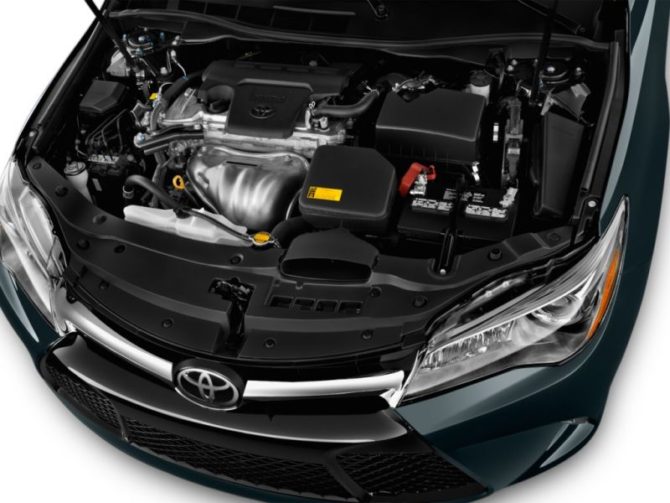 The TRD on the other hand is expected to stick with a V6. This time around this will feature direct injection and with some upgrades, it should easily be able to offer more than 300 horsepower and 260 lb-ft of torque. While all wheel drive would have been nice, at this point it is quite certain that the Camry will be offered only in front wheel drive form. Also, an eight speed automatic will likely be the only transmission of choice.