A short while ago BMW revealed their all new Le Mans challenger, the M8 GTE. Even though the car may not mean much for some, it actually gives us a pretty good idea about what to expect from the future 2019 BMW M8. The rumors about this car started more than 2 years ago and at the time everyone thought the car was going to be based on the i8. However, more recently things changed and BMW basically confirmed the M8 will be based on the 8 Series which will be the coupe version of the 7 Series. This came as a shock for many but it made considerably more sense than offering an i8-based M car. Thanks to that, the new M8 can be regarded as the spiritual successor to the original 8 Series, a high performance luxury coupe from the ‘90s.


Just like with its predecessor, the production M8 is a two-door luxury coupe but there is so much more to it than just that. For starters, the car is now based on BMW’s all new CLAR architecture which debuted with the new 7 Series. This allows the massive coupe to be relatively light for its size. On top of that, the platform gives it an incredibly stiff chassis which was not possible in the past. This will allow it to offer great NVH levels and also a really great set of driving characteristics. The latter will be improved with the help of its running gear. 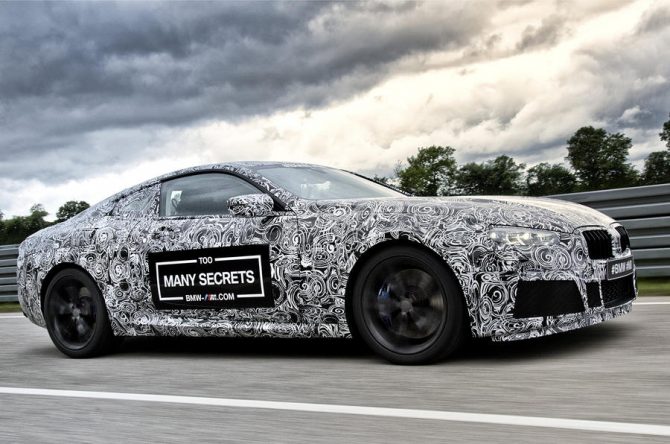 
It seems like the 2019 BMW M8 might feature a fully adaptive suspension system which is otherwise unavailable on the 7 Series. This would react to the road ahead and it would prepare the car for the next corner in advance. This system has been tried before but so far it wasn’t really all that good. The one that will be installed on the 2019 M8 should allow it to be considerably faster than its smaller siblings while also being heavier.

The upcoming BMW M8 will probably become one of the most expensive BMW vehicles ever. Coming in a coupe and convertible versions, this model will demand deep pockets. Currently, the most expensive Bimmer, tagged with an M, is a M760i xDrive which costs $156,700. The regular installment of 2019 BMW M8 will come in similar fashion,and at a same price. The convertible version will, on the other hand command a sum over $170,000. The rumors about an V-12 M8 would push the price boundary even further. Probably in $200 thousand region. 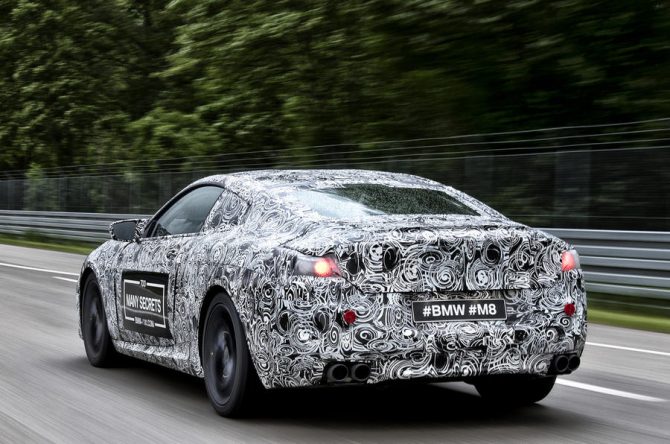 Even though the production model has yet to be revealed, the car was seen testing a while ago. On top of that, the GTE Le Mans racer gives us a pretty good idea about what to expect. From the looks of it, the new M8 will be quite a bit longer, wider and lower than the equivalent 6 Series. In fact it looks like the car will feature a massively long hood which will give it a really strong presence on the road. The rear is also considerably longer than that of the M6 which is somewhat unusual on a recent car. The end result is a two-door coupe that looks like a true high end luxury car. the kidney-grilles are still present and the rear tail lights are still similar to BMW’s other vehicles. However, thanks to its new set of proportions, the 2019 BMW M8 really manages to impress.

The interior – Inside the Cabin

It is safe to assume the production version of the M8 will be nearly identical inside to the current range-topping 7 Series. The car’s dashboard will be the same but it looks like the instrument cluster and possibly the iDrive system might be different. On top of that, being a high performance version, the M8 will also feature unique seats with larger side bolsters and more adjustability options. Some rumors also said the car was going to feature just two seats but considering its size, this is highly unlikely. 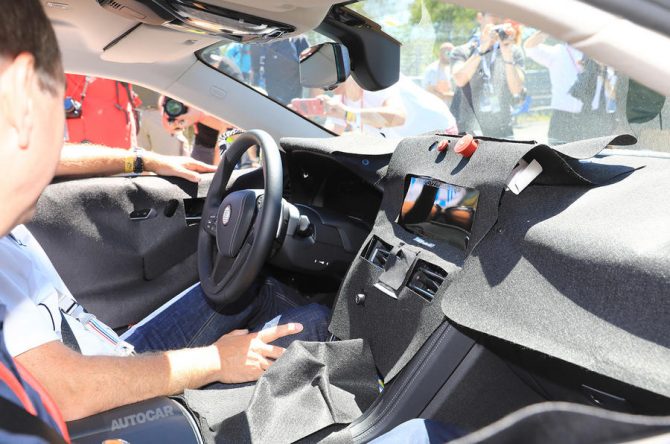 GTE-class engines are actually limited to 4.0 liters in displacement, so the M8 GTE features just a 4.0 liter engine. Most rumors seem to suggest the production 2019 BMW M8 will feature a 4.4 liter twin-turbocharged V8 which will provide over 600 horsepower and 600 lb-ft of torque. So far the German manufacturer decided to stay quiet about this but things may not be what they seem. Even though so far most BMW’s V8s were 4.4 liters in displacement, the new generation of engines might be smaller, more efficient and more powerful. On top of that, releasing a 4.0 liter engine would be easier for them as they would be able to use one of their modular cylinder designs. This would decrease manufacturing costs and it would allow the M8 to be faster and better to drive as the smaller engine would also be lighter.