More than 3 years ago BMW announced that they are going to release an all new high-end luxury car to complete their crossover roster. Their official date at the time was 2017 and it seems like they were quite accurate about it. A few weeks back they released the X7 iPerformance concept, a hybrid full size crossover meant to slot in right above the X6. So far there are not that many official details available about the car but even so, it looks like the X7 is shaping up to be quite impressive. For starters, the 2019 BMW X7 will be based on the same platform as BMW’s other rear wheel drive vehicles. Thanks to the highly modular CLAR architecture, the X7 should not weigh that much more than the X5 or the X6. On top of that, the car will likely be just as good to drive but it will be targeted at a completely different set of customers.


Even though we have only received a concept so far, photographers managed to take a closer look at the future production X7. For starters, the wheelbase is definitely longer than that of the X6 despite what some of the early rumors reported. In terms of width and height on the other hand, the car doesn’t seem all that different which is surprising. In fact it looks like BMW is trying to offer the driving experience of the other two cars in a bigger package. In order to achieve that we are sure they will also replace the running gear and likely part of the suspension geometry. The X7 will also be slightly heavier but thanks to the aluminum intensive platform, the difference between it and the other two large crossovers will not be that big. 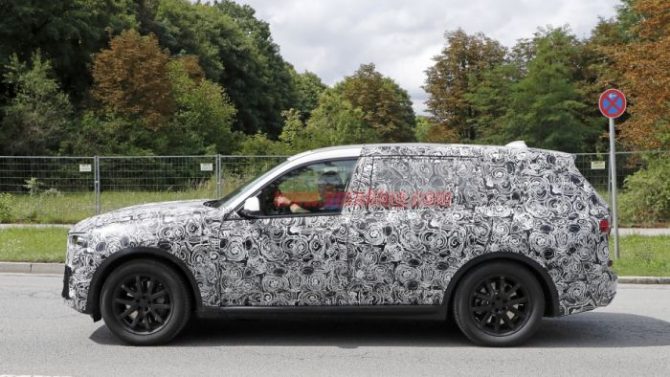 The 2019 BMW X7 is going to look quite a bit more aggressive than it was first reported. Even though the concept is just that, a concept, it gives us a pretty good representation as to what to expect. The really tall kidney-grilles, the swept-back headlights and the tall chromed vertical fins on the outer side of the bumper are expected to be retained by the production vehicle as well. The side-blades, chromed roof rails and even the splitter-like insert in the front bumper might be revised for the production model. The rear of the X7 on the other hand is likely going to stay roughly the same as that of the concept. Expect the same wide and slim tail lights and the same L-shaped inserts on the bumper. Another big change will be the car’s wheels which will definitely be smaller on the production model. 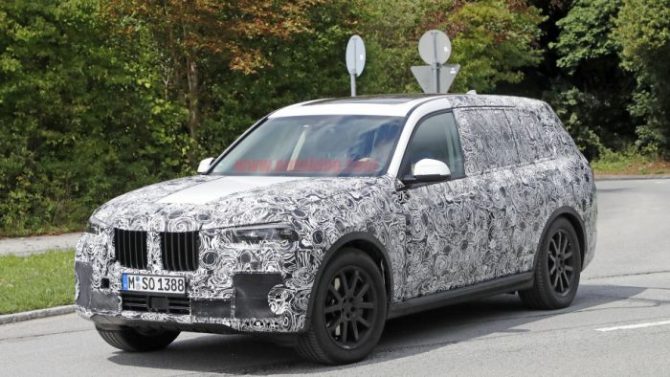 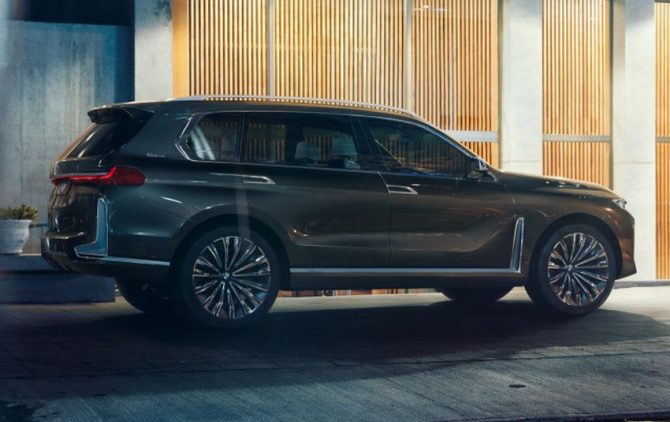 Inside the cabin – Interior of New X7

The production version of the 2019 BMW X7 is more than likely going to feature a really similar interior to the 7 Series. Even though this has yet to be confirmed, the concept’s interior is actually quite close to the 7 Series. Because of that we can safely assume the X7 will come with the same dashboard design as the sedan. The big difference between it and the sedan will be the lower part of the dashboard which is expected to boast a much longer center stack that might feature a touch-based set of controls. The instrument cluster will likely be fully digital even on the base model while their iDrive system should be used across the range. 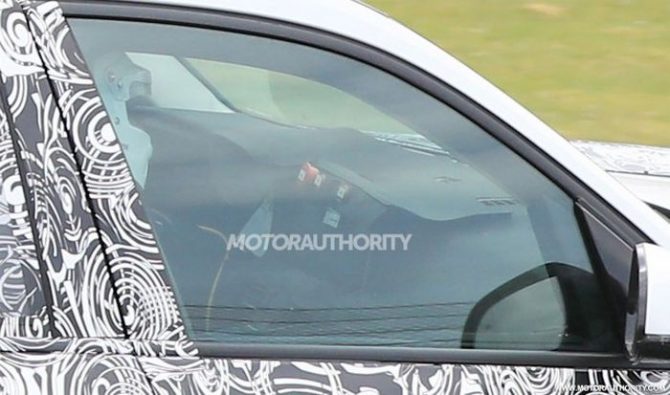 The most basic version of the 2019 BMW X7 is likely going to boast a 3.0 liter turbocharged inline-six good for over 350 horsepower and 350 lb-ft of torque. Further up the range, a 4.4 liter twin-turbo V8 is more than likely going to be an option. With anything between 400 and 550 horsepower and north of 500 lb-ft of torque, this should easily please most of its customers. All wheel drive will be offered as standard an all cars will come with an 8 speed automatic. This will also be the first time ever a BMW crossover will use a V12 engine. The details about this model are unknown but it looks like it may be the same 6.6 liter engine as in the 7 Series. However, for this application the engine will likely be tuned to offer more low-end torque which is considerably more important in an SUV.

2019 BMW X7 was supposed to be presented in Frankfurt, but instead a completed product we got a concept preview. The vehicle itself, which was tested in previous months, will reach the showrooms in 2018 as 2019 MY. The production will be conducted at BMW’s plant in South Carolina.

The aim is to be competitive with the likes of Audi Q7, Volvo XC90, Cadillac Escalade, Infiniti QX80, Lexus LX, Lincoln Navigator, and Land Rover Range Rover. BMW plans to produce 45 thousand pieces a year at a starting price of $145,000.