Released in 2013, the current generation of the X5 is not that old. However, not many people know the car is actually based on the older generation and the only real change over its predecessor was its design. Because of that, it looks like BMW is ready to move forward with a new generation of the X5. The German manufacturer has been quiet about the upgrade but the car was seen testing a few times now. It looks like the 2019 BMW X5 will be an all new vehicle which will be more efficient, comfortable and faster than ever before. This will be mostly thanks to the car’s new platform. Unlike its predecessor, the new version of the X5 is going to be based on BMW’s all new CLAR architecture. This will not only allow them to streamline the manufacturing process but it will also come with a few improvements for the car.


Thanks to the new platform, the X5 will be more structurally sound which will translate in better NVH levels, less body roll and a lower center of gravity. These alone should be well worth the upgrade over its predecessor. On top of that, the car will likely receive new engines and it might be made out of new materials as well. At this point it looks like the body will be aluminum with very few steel parts. The platform on the other hand will be an all aluminum design which will include carbon fiber inserts. With the new platform, the 2019 BMW X5 will also receive a new running gear. All but the base model are expected to receive an air-suspension system as standard. This will control the car’s roll and it should allow it to become faster and more responsive without compromising the comfort of its passengers. 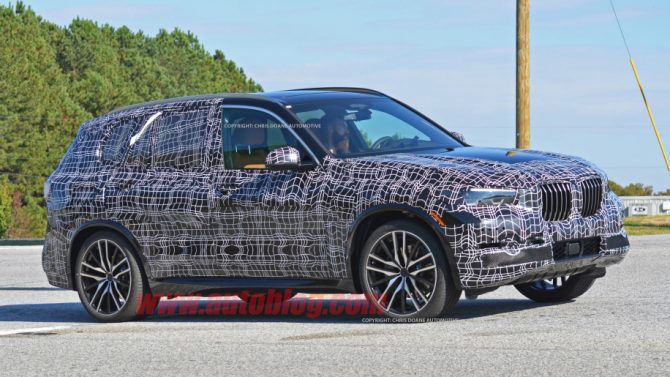 2019 BMW X5 is going to be greeting the showrooms in mid-2018. Despite new spy shots surfacing in more frequent intervals, the release is not close yet. The 2019 MY of new BMW X5 will only arrive next year. It will be presented in the summer months, while it should hit the dealerships in late 2018.

The price of the upcoming 2019 X5 will be bigger than it’s today. The current gen goes for $59,895 for an entry model, while the most expensive version starts at $74,645. Expect that the price rises for about $1000 across the entry level trims. The more expensive trim, the price will go up by bit more. 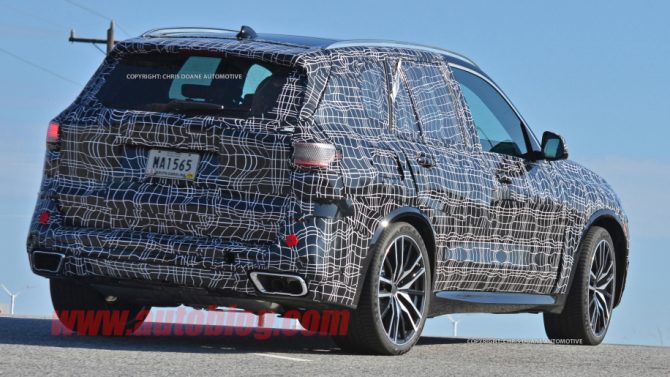 Unfortunately we were not able to get a good look at the cabin of the future X5. Even so, it looks like they are going to offer a similar experience to what the 5 Series has to offer. Expect a more minimalist design with less buttons and an easier to use layout. On top of that, the car will receive a far bigger iDrive infotainment screen than before, even on the base model. Some rumors also seemed to suggest that the instrument cluster will now be fully digital, unlike that found in the sedan. Also, thanks to the new platform, the driving position will be lowered and as a result, both the front and rear passengers will enjoy more headroom than before. 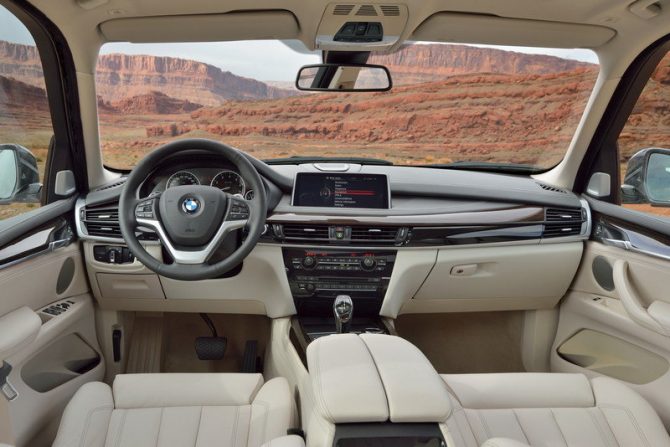 The camouflaged prototype of the car seemed to be quite impressive. Even though at a first glace it looks like the 2019 BMW X5 may seem identical to its predecessor, this is not really the case. In fact he car seems lower, wider and longer than before. The wheelbase is definitely longer as well which translates in a car that looks a lot more aggressive than its predecessor. With this new model it seems BMW will also release an M version right after its unveiling. This will be even wider and lower and it looks like it will receive a staggered wheel setup in order to accentuate its high performance character.

Unlike with its predecessor, the 2019 BMW X5 is expected to feature 3, 4, 6 and 8 cylinder engines. The 3 cylinder is expected to be a hybrid but so far it looks like it will only be released in the future. Until then, the base version is likely going to receive a 2.0 liter turbo-four good for around 250 horsepower and over 260 lb-ft of torque. A 3.0 liter inline-six sporting one or two turbochargers is also a real possibility. This should be able to provide anything between 350 and 450 horsepower and as much as 450 lb-ft of torque.

All of these will come, as standard, with a new 8 speed automatic gearbox and mated to BMW’s great xDrive all wheel drive system. The range-topping M version will be somewhat different. This is likely going to feature a different transmission as well as a rear-biased all wheel drive system. Also, unlike the other versions, the X5 M will feature a 4.4 liter twin-turbo V8 which could provide in excess of 600 horsepower and 600 lb-ft of torque.

Produced for 10 years between 2005 and 2014, Tribeca was Subaru’s least popular model in the end, hence its discontinuation. …

Toyota did something unique with the Venza, offering a combination of an SUV with MPV characteristics, offering most of the …