The X4 has been released back in 2014 so it is a relatively new car. Even so, it looks like BMW will release an entirely new model in the near future. The German manufacturer did not say much about this future model. However, the car was spied multiple times now and it looks like it is ready for production. One of the questions people are asking seems to be as to why did BMW keep the current car for such a short amount of time. Well, this is mostly because the current model is based on an aging platform and it looks like BMW didn’t take this into account when they first released the car. In order to further streamline their manufacturing process, a new platform was needed. This means the 2019 BMW X4 will not use the same architecture as before. Instead, the car will use BMW’s all new CLAR architecture which has been used on most of their new rear-wheel drive cars.


Even though it will use a new platform, the upcoming 2019 BMW X4 is not going to be all that different. For starters, the car is likely going to boast the same wheelbase and roughly the same track width as before. This is to be expected considering the same can be applied to some of their other new cars. On top of that, the new X4 will be lighter than its predecessor. Thanks to the extensive use of aluminum and high strength steel, the upcoming car should weigh less than the 4,000 pounds of its predecessor. This will not only improve the way it drives but it will allow it to be more efficient and also safer. Another big change will be the far better NVH levels which should make the X4 finally feel like a true premium vehicle. 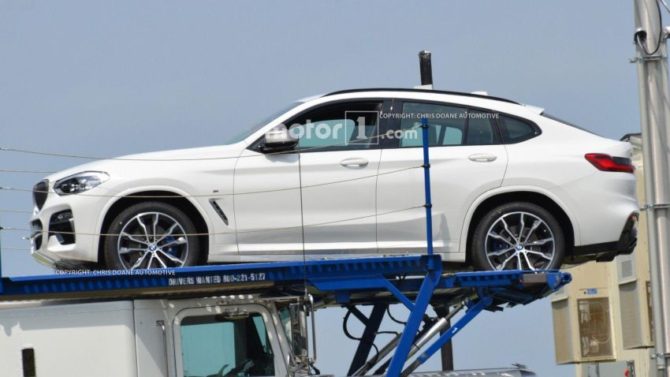 New BMW X4 was expected to debut at this year’s Frankfurt’s Motor Show. Since that didn’t happen, because the named show ends today, its presentation will happen on a later day. Today, many of sources agree that the reveal of 2019 BMW X4 will happen later in the year, or even at the beginning of 2018. This sounds like a fair assessment considering that they are dubbing this vehicle as 2019 MY. All that is left now to do is to wait, and hope that new X4 will come rather sooner than later.

The price is rarely mentioned despite the car being so close to its reveal. The fully naked mules spotted a few weeks back prompted us to believe that new X4 is on our door. With this not being a case, we will need to wait for more for news on price. As its typically the case, the price will be revealed closer to its release date. The ongoing model starts at little over $46,000. The performance M40i is much more expensive coming at $59,000. And, if you thought that price range ends there you are wrong. Fully loaded X4 can reach the cost heights of $66,000. 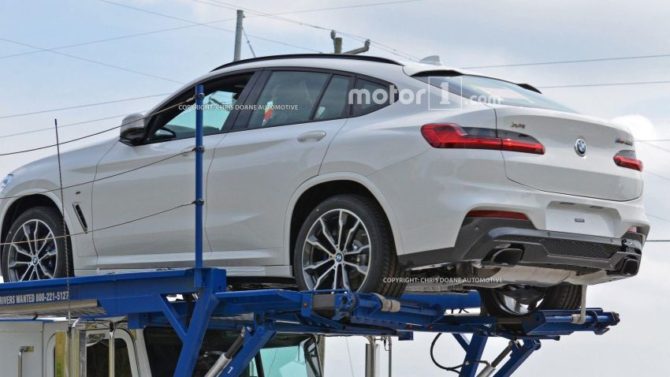 Considering their newest cars, it is safe to assume the 2019 BMW X4 will not be all that different. The car will receive a less-vertical design inside the cabin which will considerably improve the experience of is passengers. The dashboard will now feature a new iDrive system with a far bigger screen than before. Also, unlike its predecessor, the new model will have considerably fewer buttons which will allow the dashboard to look more purposeful. Also expect a wider center stack, a nicer set of seats as well as a lower driving position. The latter will allow the X4 to get closer to a coupe than to a crossover which incidentally is what BMW wanted from the start. 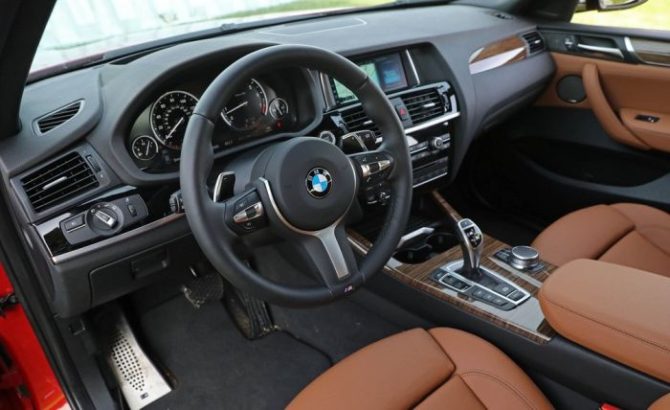 The design of exterior

Even though the 2019 BMW X4 is still months away from release, the car was spied wearing no camouflage on a transporter. Thanks to this we can safely say that its design has changed for the better. In the front the upcoming X4 will boast a less angular design with curvier headlights, a larger kidney-grille as well as bigger intakes. On the sides the car features similar vents to those on the 4 Series while the fenders seem slightly wider than before too. Another big change is in the rear. Here, the car features a vastly different look which is actually closer to the new 8 Series concept. The X4 has roughly the same tail lights as the luxury coupe and a really similar bumper design. These allow the car to look a lot more expensive than its predecessor which seems to be what BMW wants.

It is safe to assume that the base model of the 2019 BMW X4 will come equipped with a 2.0 liter turbo-four. This should be good for anything between 180 and over 250 horsepower and as much as 260 lb-ft of torque. A larger 3.0 liter inline-six with one or two turbochargers will also be available. On the regular models this should be good for up to 360 horsepower and around 370 lb-ft of torque. On a future X4 M on the other hand, the engine should be more than capable of delivering north of 450 horsepower and 450 lb-ft of torque. In any case, an 8 speed automatic will be standard. A 6 speed manual will only be offered on the most basic model and only in select markets. A range of diesel engines offering between 190 and north of 310 horsepower is also going to be available but only in Europe and a few other markets.