Mazda released the 3rd generation of the 3-hatchback back in 2013 and they actually released an update for it a short while ago. However, not that long ago they also announced that they are already working on a successor. In fact the future 2019 Mazda 3 has not only been spotted in prototype form but it was also tested by select journalists. The car was a development mule, so it lacked a proper interior or even a finished running gear. Even so it seems like it was a huge step up over its predecessor which is always great to see, especially coming from a smaller manufacturer like Mazda. The new 3 should allow them to offer a more complete car than before which should satisfy pretty much anyone. The big problem of the current model is its acute lack of power but it looks like this will change in the near future.


At first it seemed like the new 3 was going to be based on the same platform as the current vehicle. However, we are not so sure about this now. In fact it looks like the 2019 version of the car might be a completely revamped model. It will still likely use the same SkyActiv architecture as before. However, all those who drove it said the same thing. It looks like the new hatchback is better built, less noisy and far better in terms of driving characteristics. All of these are likely a direct result of the car’s stiffer and lighter platform which would allow it to accomplish all those things. The wheelbase doesn’t seem all that different but from the spy shots we can see a slightly wider and possibly lower car. Just like with its predecessor, a sedan is also going to be released at a later date. 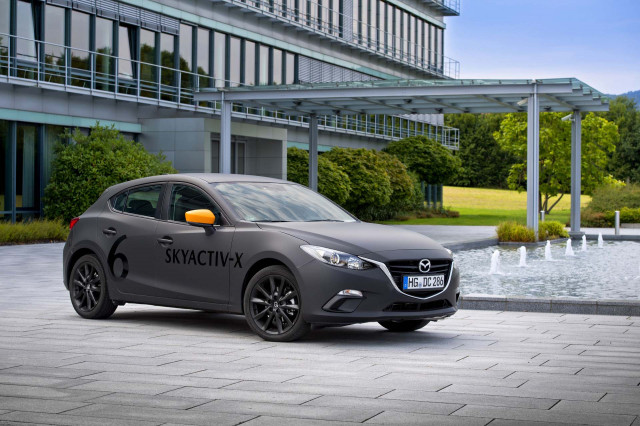 With the first test mules spotted only recently it is too early to talk about the price. But,as you can get it will be more pricey then the current model. Just for your comparison, the ongoing generation is priced at $17,845 for the four door sedan. The five-door hatchback goes up to $18,545 for the 2017 MY entry model.

The Mazda 3 will bring few revolutionary touches to the segment so Japanese manufacturer won’t push it to the market too early. The first pre-production model should be expected in the spring of 2018. The introduction will probably happen in the summer months with sales starting in late 2018. New Mazda 3 will arrive as 2019 MY. 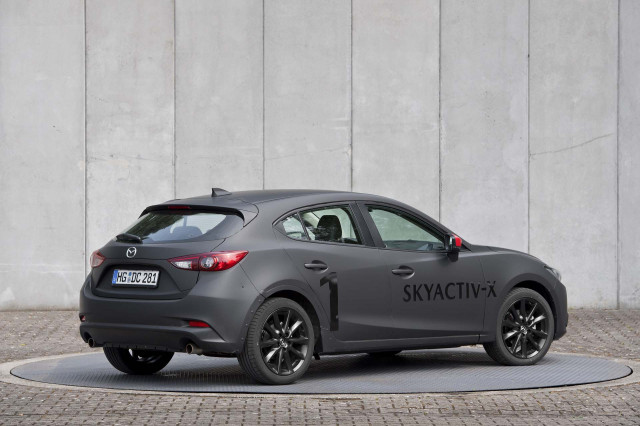 Unlike many other cars in its class, the 3 features a rather minimalist interior which is like nothing else on the road. We hope this will stay true for the 2019 Mazda 3. Even though we were not able to see a finished interior, it looks like the new car will have more in common with the larger 6 than with its predecessor. Expect a simpler-looking dashboard with less buttons and a more conservative layout. The “floating” infotainment screen is expected to be replaced with one integrated into the dashboard while the car’s unusually high driving position should be gone too. There are also quite a few reports saying that the car is much quieter than its predecessor. Even though we were only able to check out the development prototype, it is safe to say the production vehicle will be at least as good as the car tested a short while ago. 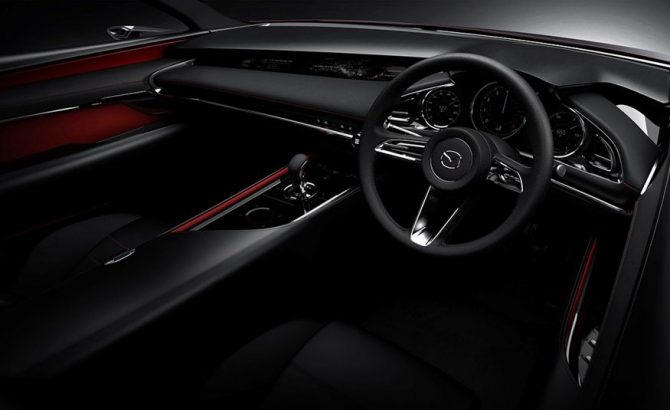 Unfortunately the car’s design is still well under wraps. Even so, it looks like the 2019 Mazda 3 will borrow a lot more design cues from the larger sedan. In the front it will likely receive a more 3D-like grille with slimmer headlights that will now extend all the way to the grille. The end result should be a more aggressive design which will allow the 3 to become a slightly better looking vehicle. The coupe-like roof-line will likely stay but the car’s sedan version is expected to receive a different rear end which will look less bulky than before.

Under the hood – Mazda 3 Specs

The 1.5 and 2.2 liter turbocharged diesel engines are likely going to be carried over mostly unchanged. However, the 2019 Mazda 3 will get all new petrol engines that will have very little in common with their predecessors. This will be the first production car to use an HCCI engine, or a “homogenous charge compression ignition” engine. This will basically allow the petrol engines to work as diesel engines at light load which will translate in up to 30% better efficiency. In order to achieve that, the petrol engines will run at really high compression and on top of that, they will feature a small supercharger which will keep feeding air into the engine. It looks like the base SkyActiv-X 2.0 liter engine will offer around 190 horsepower and 170 lb-ft of torque which is actually a huge step up over its older sibling which was barely capable of 155 horsepower and 150 lb-ft of torque.