Home
Truck
What Type of Brakes are Used in Semi Trucks?

Trucks are a ubiquitous sight on the roads of the USA. Did you know that most freight that needs to go across the country is carried by road? You may have assumed it would go by rail or air and that would be the thinking for many people. Yet road freight makes more sense: it’s direct, it’s cheaper, and there are thousands of trucks and truckers waiting to carry your load from origin to destination.


Each of those trucks needs maintenance, and regularly too. A working truck will be overhauled more often and more thoroughly than your car, for example. It will be fitted with more advanced safety systems as a truck crashing into another vehicle causes a lot of damage. Among the advanced systems will be brakes that are the most powerful and advanced in the world.

In the following article we are looking at semi truck brakes. Let’s start by talking about what a semi truck is, and why it needs specialist braking systems.


What is a Semi Truck? 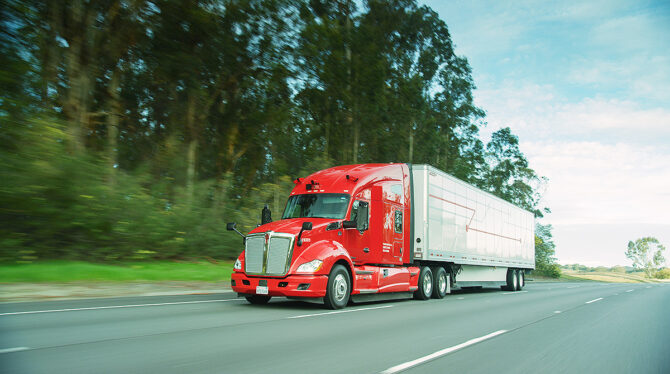 You will have seen semi trucks all over the place. They’re the big ones, the daddies of the road, the monsters that kids love and adults too. They can be smaller models and still be a semi, so why are they called so?

A semi truck has a trailer attached that is articulated. The trailer is not permanent to the cab – hence semi – and can be released and has its own braking system. This is why semi truck brakes are special.

Let’s say the driver wants to unhook the trailer and hook up another: the trailer needs brakes when it’s not attached to keep it from moving away, and needs brakes that work in conjunction with the cab when it’s in use. The systems connect by air hoses, and it’s actually quite a simple idea when you take a look at it.

Semi trucks are built by a variety of manufacturers including Freightliner who are the market leaders, plus famous names such as Mack, Peterbilt, Volvo and more. These are the mainstay of the road freight world, and they cover many hundreds of thousands of miles each year keeping us supplied with the consumer goods we use.

So, a semi truck is one that is not permanently attached to the load carrying trailer and is often referred to as an articulated truck. Let’s talk more about those braking systems. 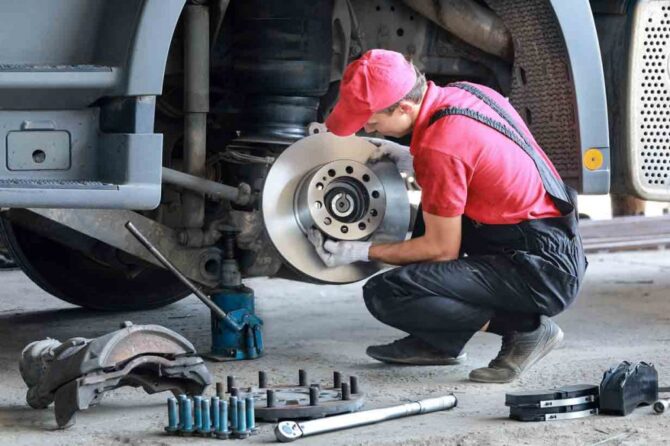 Truck brakes, by their very nature, need not just to be powerful but also to be reliable, durable and as advanced as possible. Usually, semi trucks will use air braking systems because of the link between the cab and the trailer, and there are many components that go together to create this advanced system of braking.

When you consider that a class 8 heavy truck – the biggest on the roads – has a gross weight of in excess of 33,000lbs it becomes even more obvious that the braking system on the vehicle will be considerably different to that on your family sedan. If you go to FindItParts.com – one of the leading suppliers of truck parts – you’ll see some of the components that go into these braking systems. So how does a truck brake system work?

Your car brake system works by way of hydraulic fluid. This is pressurised and when the brakes are applied it puts the brakes to work. A truck system is an air brake, using compressed air in place of the hydraulic fluid. The air is created by a compressor working off the engine and stored, so there is always air available to power the brakes.

Truck brakes can be disc or drum brakes, and each works in a similar fashion. Put simply, when the driver applies the brake pedal the air is released and powers a series of pistons that deliver the pressure to either the brake discs or pads, depending upon the type of brakes in use. There are backup systems in place for added security.

The parking brake, for example, is also part of the air brake system and is so designed that it can be used as an emergency brake when required. This gives an additional emergency brake option that truckers hope they never have to use. Truck brakes use very strong pads and discs, and material has been developed that allows for immense pressure to be put through the system. It takes skill and understanding to know how to bring a truck to a standstill without drama.

That’s the basics of truck brakes for you and we won’t get any more complicated as we don’t want to confuse you, so let’s talk a little more about trucks while we have the time!

How Trucks Came About 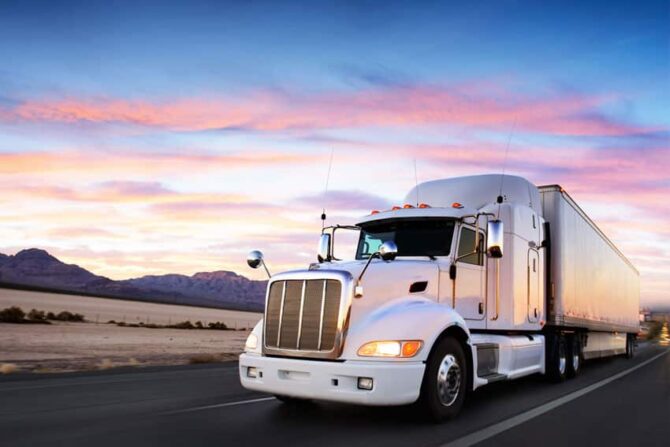 If you look at the history of trucks, you are effectively looking at the history of the roads of the USA. They were built for trucking, for carrying goods from one place to another, and they remain in place largely for that purpose. Trucks in their earliest form appeared in the 1920’s when enterprising traders began building carrying trailers on the back of Ford Model T’s. Soon, Ford – and other motor manufacturers – recognised the need for such models and commercial vehicles were born.

Those trucks paved the way for bigger vehicles built specifically for the job, the Ford Model T examples being simply a car with a carrying space, more like a van. They would have kept the car brake systems, while the new breed of specified trucks would be to a higher spec.

The development of emergency braking systems for trucks has been ongoing for years and now such systems are becoming autonomous to a great degree. Trucks are safer than ever thanks to the standard of safety built into braking and all other systems on trucks, and we continue to show great respect to these behemoths of the road.

If there’s one type of vehicle that typifies America it’s the semi truck, and long may they continue to ply their trade.

One of the most popular models in pickup truck segment is definitely the Ford F-150 Tonka. There are many reasons …