Home
Tips
Your Rights When Being Pulled Over For A DUI

DUI (Driving Under the Influence), DWAI (Driving While Ability Impaired), or DWI (Driving While Impaired) are serious offenses. A police officer has the right to pull over a driver on suspicion of being intoxicated while driving. The officer can request to see documentation such as the registration for the vehicle and the driver’s license. They can also request the driver to take a sobriety or breathalyzer test to determine the level of alcohol in their system.


The penalties for a DUI depend on several factors, including prior offenses on the record of the suspected driver. Unfortunately, many motorists are unaware of their rights when being pulled over for a DUI and often make mistakes that can worsen their defense against DWAI charges and other charges. A driver that has been pulled over retains their Fourth Amendment Rights to refuse unreasonable search and seizure and their Fifth Amendment Rights to stay silent. You can continue reading to learn more about the rights of a driver who is pulled over by a law enforcement officer on suspicion of DUI, DWAI, or DWI.

You Have the Right to Not Self-incriminate


If you get pulled over by a police officer, you should follow standard pull-over procedures. Always be polite and respectful to the police officer who might ask you a few questions. You should never lie to the police officer but should be mindful that you have the right to be silent or not say anything that can potentially incriminate you. This includes information such as how many drinks you have had, where you were, or who you were with. You also have the right not to provide any additional information other than your name, date of birth, address, and social security number.

You Can Refuse a Field Sobriety Test

You are within your rights to refuse a field sobriety test (FST) when stopped by a police officer. A field sobriety test is a group of tests that are done to check the coordination, balance, and attention of the driver at the time of the test. This can include one-leg stand tests, horizontal gaze, the walk-and-turn test, and other alternative tests. The tests are often used by law enforcement agents to determine if a driver is impaired, and the results of a test can be used to establish probable cause for arrest. Probable cause is a legal requirement for arrest by a law enforcement officer.

You Can Refuse a Portable or Preliminary Breath Test Another common test performed by police officers for drivers suspected of DUI is a portable or preliminary breath test, which is also known as a breathalyzer test. This test is performed on the roadside where the driver is pulled over. It is the legal right of the driver to refuse a breath test. There won’t be any penalties for refusing this test. It is important to note that this test is different from the breath test done at a police station. That test is mandatory, and if the driver refuses that test, there can be penalties and charges. In some cases, the police perform other tests at the police station using an approved instrument.

You Have the Right to Get a Chemical Test

What to do if You Get Stopped for DWI or DUI 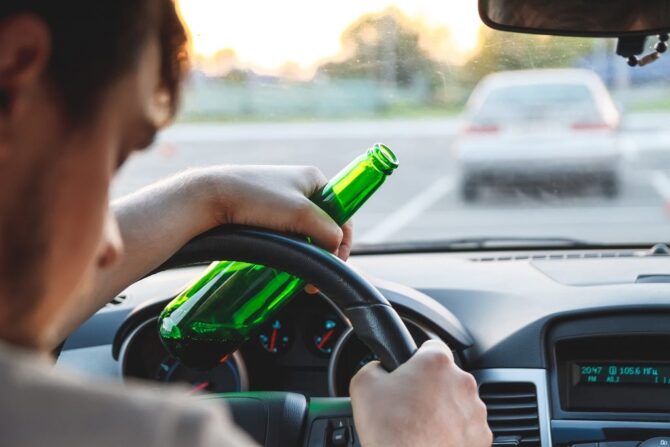 If you have been stopped for a DWI or DUI, you must avoid behavior that can jeopardize your case. The police officer that pulls you over will observe your behavior, and anything you do or say can be added to the police report, which can significantly impact your case.

The first observation by a police officer is likely to be how you were driving, so try not to make any abrupt stops, drive erratically, or stop at an unsafe location. After you have safely stopped your vehicle, stay in your vehicle, and don’t make any suspicious or sudden movements. It is best to roll down your window and keep your hands on the steering wheel.

Even if you know you were at fault for driving while intoxicated, there is no need to panic or be aggressive. You can answer the questions by the police officer, but do not answer potentially incriminating questions that can be used against you in a court of law. You can refuse to take a breathalyzer or sobriety test by choosing to get a chemical test. After you have been released, it is best to write down everything you can recall about the arrest as it can help support your case.

An Experienced DUI Attorney Can Help

Legal penalties for a DUI, DWAI, or DWI can be extremely severe; they can include jail time, fines, penalties, license suspension, and a permanent criminal record. As there are many steps to a DUI investigation and court case, some of which are complex, it is best to get representation from a DUI defense attorney who will help you defend your rights. The attorney will investigate the facts of the case to plan the best legal defense for the client. An experienced attorney might be able to negotiate a plea deal to avoid going to trial, get reduced charges, or have the charges dropped for their client.

Nowadays, every person owns a car as a basic necessity. Taking a loan for buying a vehicle is quite common. …

This time we talk about what is a Halo LED headlight. In the past I had the old style halogen …