From the very first moment that we saw Audi A5, (now yet) in the distant 2007, we were crystal clear that the magicians from Ingolstadt , even, achieved to surpass themselves, this time. We admit that we left, literary, breathless by its highly innovate and impeccable design and mesmerized by its amazing performances. But, years were passing and Audi’s main competitors launched out the stunning vehicles, as well, so the designers and engineers from the Audi have realized, if they desire to stay praised among the people and that they beloved Audi A5 would able to stand a side by side to its main competitors, that now presents the high time to make a slightly upgraded variant 2016 Audi A5 and to launch it out on the global car markets.
So, the main purpose of newly made Audi A5 is to, in a way, justify the trust been given, and to, at the same time, maintain its pretty high position in the league.

The newly made variant is planned to use on the Volkswagen’s MLB Evo architecture, the same platform which A5’s siblings A6 and the VW Phaeton, are used. This platform has been intended for, somehow, lighter cars, so this all-new variant is planned to be about 200 pounds lighter thanks to use of more aluminum during its making process. In addition, the 2016 Audi A5 will come also with lighter engine ancillaries and hollow spokes wheels, which will, surely, contribute in weight reduction of the Audi A5. This weight reduction will have the direct impact of a fuel economy, which will further resolute on the general improvement of the Audi’s driving performances.

Especially for the U.S. car markets, newly made Audi A5 will continue to offer as a cabriolet and a coupe model. Newly made Audi is, also, intended to come along with a bit longer wheelbase. One of the 2016 Audi’s trademarks, when it comes to the exterior, will be awesome designed LED headlights, a newly designed slightly bigger grille and large air intakes.
When it comes to the interior design, it’s a bit futuristic. It practically means that Audi’s A5 main cabin will be a bit larger and more spaced combined with a top-level comfort and equipped with a wide range of the most various safety features. Some of the spectacular interior features are: a panoramic sunroof, a three-zone automatic climate control, infotainment system of the MMI century, coupled with a 6.5-inch touch display, Bluetooth phone connectivity and much more other, pretty useful and cool stuff.

Read about Audi A9 Concept @ Carsoid!

The engine range, which is planned to be placed under the hood of the 2016 Audi A5, looks something like this:
First in a row, we have a standard 2.0 liter engine option that is able to produce up to 220hp, the second is a 3.0 liter motor option, which is considered to be capable just enough to pump approximate around 333hp and the last, but the least efficient is a 4.0 liter supercharged V8 powertrain option, which is powerful enough to deliver about 475 hp and this particular engine option comes along paired with a six-speed manual transmission, only. 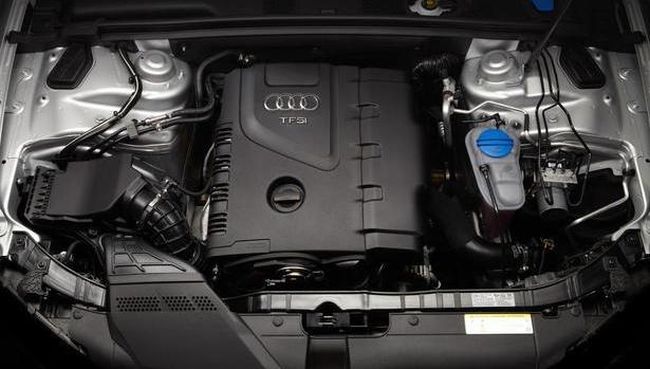