Cadillac soon introduces another excellent vehicle that will offer a great performance and it is called 2016 Cadillac ATS-V Coupe. The vehicle is expected to appear on the market in 2015. Before it finally arrives we offer you a brief insight into the newcomer. The new Cadillac ATS-V Coupe 2016 features great performance characteristics thanks to powerful engine, great transmission and its weight of 3,500 lbs.

The new Cadillac ATS-V Coupe 2016 has an eye-catching look. The most noticeable changes arrive in the form of new, more massive grille, excellent headlights and refreshed company logo on the grill. Besides that, there are also sizeable air intakes and ventilation openings placed on the hood made out of the carbon. The newcomer also gets larger alloy wheels, better brakes, a sizeable spoiler and revised diffuser. Track option and Carbon Fiber are also available, but you will have to give more money of course. The first one, the Carbon Fiber arrives with a more violent body kit, while the second one arrives with light-weight battery and recording system which serves for calculation of different performance indicators.

The details about the interior design are still under wraps, but according to some spy photos, the front passenger and a driver will sit on bolstered seats. The refreshed guiding wheel arrives with a V-series badge. There is also a completely new set of pedals and outstanding sill plates which are V-branded as well. There are six different 2016 Cadillac ATS-V Coupe colors: Black Raven, Blue Metallic, Crystal White Tricoat, Phantom Gray Metallic, Radiant Silver Metallic and Red Obsession Tintcoat.

Just like its brother 2016 ATS-V Sedan, the new Cadillac ATS-V Coupe 2016 will be powered by a 3.6-liter V6 twin-turbo power unit with 464 horsepower and 445 lb-ft of torque, specially designed to offer an amazing performance. There will be two transmission options ActiveRev Match six-speed manual transmission and 8-speed automatic gearbox with shift paddles. There are also some additional features which make the engine extremely powerful and these are titanium tube cooling system for the drivetrain, cooling radiator grill and a titanium turbine. According to the manufacturer detailed specs, the 2016 Cadillac ATS-V Coupe will be able to accelerate from 0 to 60 mph in only 3.9 seconds and its top speed should be over 185 mph. All those numbers are available with fuel economy rated at 17/23 mpg (city/highway). The main and the most powerful competitors of the upcoming ATS-V Coupe are BMW M4 and BMW M3 vehicles whose power is 470 horses. 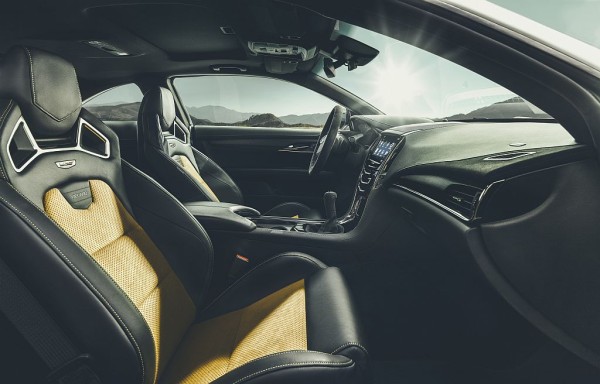 The magicians from Ingolstadt once again succeeded in their intention to create a marvelous vehicle, which couldn’t only brag by …