Largest blue oval’s SUV, Expedition has finally been refreshed for this year which means that 2016 Ford Expedition will carry over unchanged even though third generation models were introduced a long time ago, back in 2007. The 2016 Expedition might be sluggish and outdated, but it isn’t old. There are some fresh things about the new Ford Expedition 2016 that will certainly prolong its life, and turbo V-6 engine definitely takes the biscuit. There are still people who love full-size SUV vehicles, and their usefulness to large families can’t be disputed. 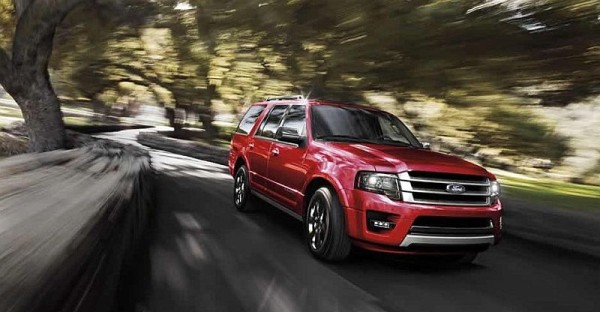 2016 Ford Expedition looks intimidating as pretty much any large SUV. High nose features large, rectangular grille and even larger lower air intake. Bumper is huge, both here and around the back. Midsection reveals truck resemblance as flat roofline travels a long way after rear pillars have been lowered. Finally, Expedition’s rear gets a huge chrome garnish that further widens already wide and high vehicle. Large tailgate, furthermore, allows easy loading and unloading of cargo, and there’s plenty of space inside for it. 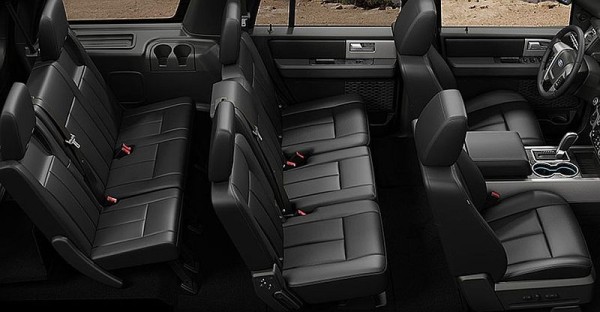 Speaking about the inside of 2016 Ford Expedition, nothing radical has been changed. SUV still features a huge dashboard with F-150-like design. All models give you leather upholstery (entry-level models as option) and some of them offer wood grain-covered instrument panel. SYNC with MyFord touch is also available throughout most of the lineup. 8-inch touch screen display offers optional navigation and other connectivity and control features. Top models are lavishly decorated and fitted with premium features like optional rear seat dual 7-inch entertainment system and heated front and second row of seats. Safety features are advanced as ever and include a rearview camera, blind-spot monitors, trailer sway control and cross-traffic alert. 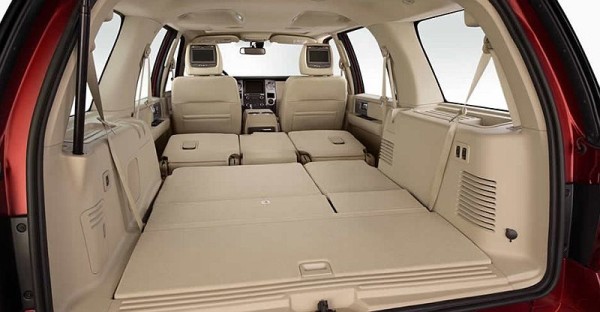 There’s not much to choose when it comes to powertrain of the new Ford Expedition 2016. Actually, there’s only one available mill under full-size SUV’s hood. 3.5-liter EcoBoost V-6 generates as much as 365 horsepower and 420 lb-ft of torque. This is not turbo powertrain’s main advantage, however. Modern engine is more efficient than its outdated predecessor, and represents a step forward in what’s somewhat forgotten segment. Just like most Ford’s overall, new Expedition also gets 6-speed automatic transmission, and both rear and all-wheel drive. 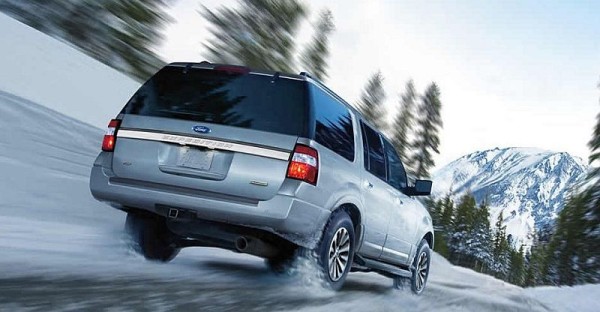 Fuel economy ratings vary between drivetrain and base or EL badge configurations. The new Ford Expedition 2016 with base trim levels are rated at either 18 or 17 mpg combined with either rear or all-wheel drive, while EL models consume one point more with both configs. The 2016 Ford Expedition price starts from $44,500, and go all the way to $62,000 for Platinum EL grade.

There are rumors about 2018 Ford Expedition and some videos and spy photos!

2016 BMW M2 price, news, release date – Everyone knows that the M Division cars are among the best driving …