This year, Mazda really put a lot of effort in redesigning its models. They used an old platform but they finally decided to abandon it and develop a new one. We guess they started losing the race with other automakers and it was difficult to keep up with them if there whole lineup was based on the old platform. Even though Mazda abandoned production of the famous CX-7, we are going to see its successor – the 2016 Mazda Koeru.
The 2016 Mazda Koeru was introduced in September 2015 at the Frankfurt Auto Show. Many expect that it will come to the market under the name of CX-7 but this hasn’t been determined yet. Nevertheless, there are many pictures and available information about this concept. This midsize crossover is expected to one of the leader on the Japanese market, but it needs some time to become popular in other parts of the world. 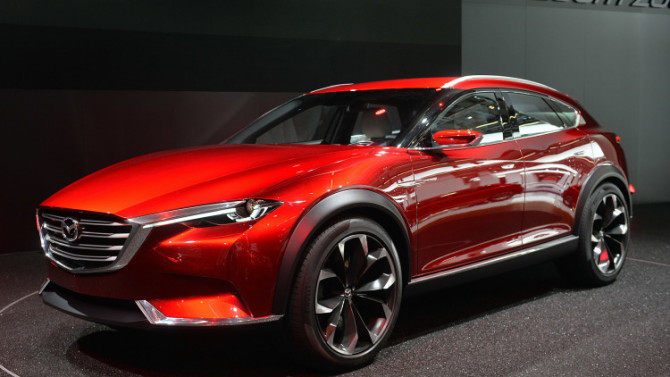 Even though you may be intrigued with the design, we are going to present the engine lineup. New platform comes with new engine units hence the Mazda Koeru 2016 will have two new engine options. The base unit is going to be the 2.5 liter naturally aspirated inline-4. It can produce 184 HP and almost the exact same number of torque. This is going to be the least powerful engine and there will be another one with more power but worse fuel economy.
The second engine has already been used in some other cars manufactured by Mazda. It is the 2.5l inline-4 with a turbocharger. This engine is way more powerful than the standard one and it is going to deliver up to 250 HP. Both of these come with either six-speed manual or six-speed automatic transmission system while the AWD is the only available option. 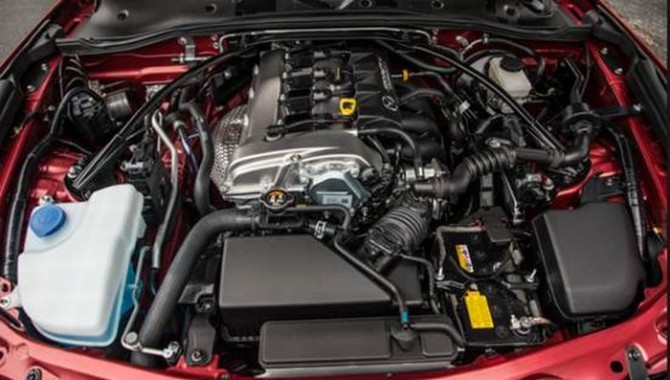 The exterior of the 2016 Mazda Koeru resembles the exteriors of CX-5 and CX-3, especially the front part. However, Koeru has more aggressive look than these two models. It comes with bigger wheels while the taillights are smaller. Exhaust pipe is also bigger and the bonnet has been changed. It simply looks as a normal crossover with some nice lines and curves. 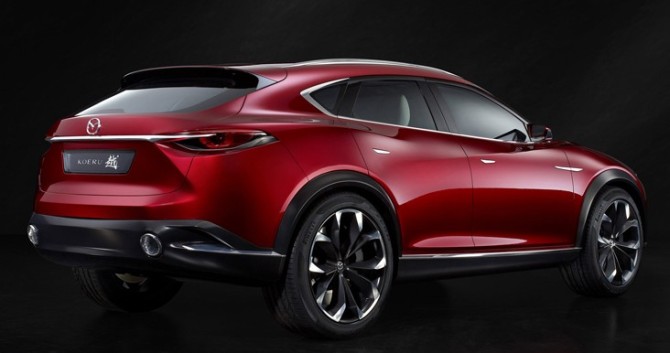 The details about the cabin were kept off record for a long time but we finally had a chance to take a peek at the Frankfurt Auto Show. It is going to accommodate five passengers and the cabin will look totally different than any other Mazda’s model. The best adjective for the interior is futuristic. You cannot stay indifferent after seeing the cabin of the 2016 Mazda Koeru. 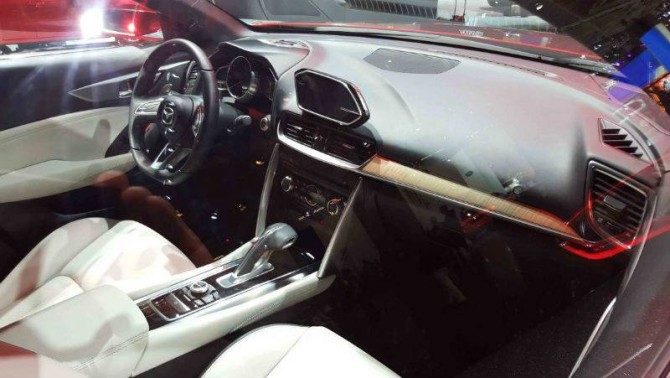 We apologize to you but we must let you down this time since there are no nay official information about the price and launching date. There are some gossips we heard through the grapevine but we cannot take them to the bank. We are sure in only one thing though – the 2016 Mazda Koeru won’t be released this year and we must wait 2016. Until then, Mazda is probably going to publish new details about this concept so stay tuned with us.