2016 Infiniti QX80 price, changes, redesign – The next model of the QX80 won’t be changed anytime soon. For starters, it already got some refreshing details for 2015 model year, and after all, it is a full-size luxury SUV and they don’t really change that often. The Infiniti QX80 is one of the best vehicles on the market in its own class and it can easily compete with Cadillac Escalade, for instance. The new 2016 Infiniti QX80 offers premium interior refinement which should make you forget about its bulky body and all of parking problems that come with it. 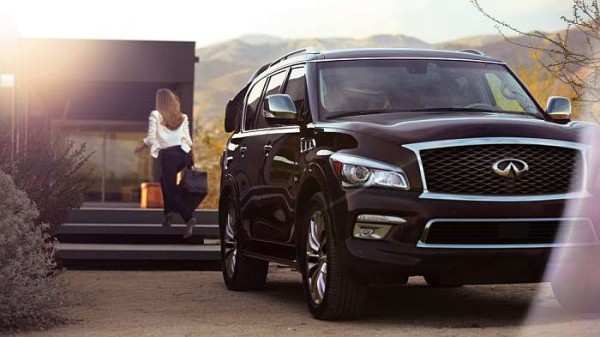 The new Infiniti QX80 2016 isn’t exactly boxy, but its angular lines have a few moments of their own. Frontal fascia features Nissan premium division’s trademark grille and low-swung headlamps. Nose is considerably shorter than it is the case with QX70, and roofline isn’t nearly as arching. Instead, flat roof ends with roof-mounted spoiler and adequately large tailgate which cuts modern tail-lights in half. 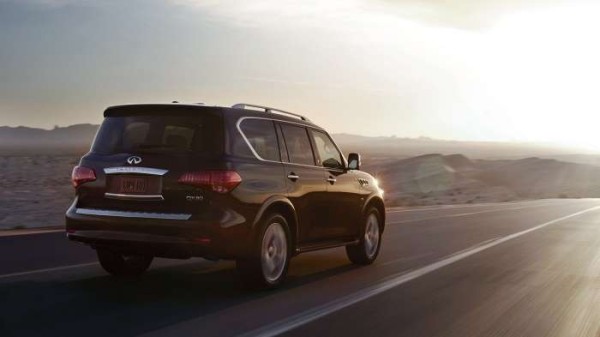 The 2016 QX80 gets supreme refinement when it comes to its interior. This full-size luxury SUV offers plenty of space thanks to its boxy rear end architecture. While base models get nothing but premium leather upholstery and mocha burl trim, they can also get semi-aniline leather seats and Stratford burl accents. Limited models, on the other hand come with quilted leather seats and open pore matte finish ash wood. 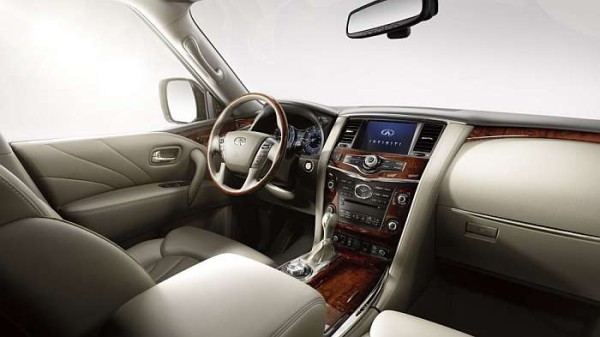 The new Infiniti QX80 2016 is similar to its mid-size cousin QX70 in many ways. It also gets one engine to begin with. 5.6-liter V-8 makes 400 horsepower and 413 lb-ft of torque, which is enough for 0 to 60 mph time in same 7 seconds that QX70 makes. Furthermore, both cars get the same 7-speed automatic transmission, but this is where similarities end. QX80 offers rear instead front-wheel drive and optional all-wheel drive as well. 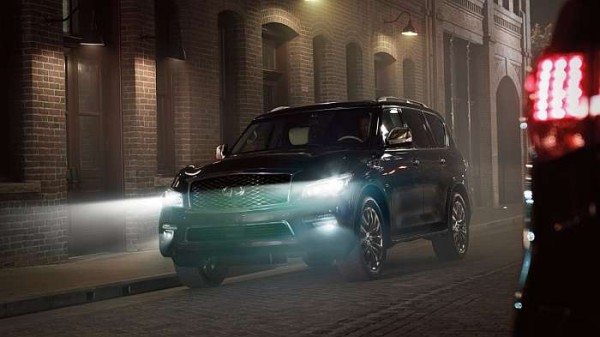 Fuel economy of the new Infiniti QX80 2016 ratings remain at 14 mpg in the city and 20 mpg on the highway whether you choose rear- or all-wheel drive. Limited grade, however (which comes exclusively with all-wheel drive config) lowers both sets of figures by a single point. Prices still start from around $63,000, while all-wheel drive upgrade costs $3,100. Limited models, on the other hand, start from almost $89,000. We expect that the 2016 Infiniti QX80 will be available for sale at the end of this year.