A couple of years ago Cadillac trademarked more than a dozen different names for their upcoming cars. It seems one of these cars is about to be released. So far the 2018 Cadillac XT4 has been just a rumor but the car has been confirmed a few months ago. It seems that this will be a compact luxury crossover and it is set to become Cadillac’s best selling car. Even though there is still little official information about it, rumors suggest the XT4 will be quite a bit smaller than the ongoing XT5. It seems the car will be both sportier and possibly better built despite being smaller and cheaper than its sibling. Even though it still seems unlikely, this will have to happen in order to come up with a competitive product.


At this point it still is unclear as to what platform Cadillac will use for the new XT4. Most rumors suggest the car will be based on a similar chassis to the XT5 derived from the same E2XX modular architecture. This would mean the XT4 will be based on a front wheel drive chassis and that it will boast a fully independent suspension system. From the latest spy shots it looks like the car is not as small as it was first rumored. Because of that it is safe to assume that it might share its chassis with the larger XT5. The suspension system on the other hand will be different. While the layout will be the same, the car is expected to get a slightly sportier set of shocks and springs in order to go with its youthful character. 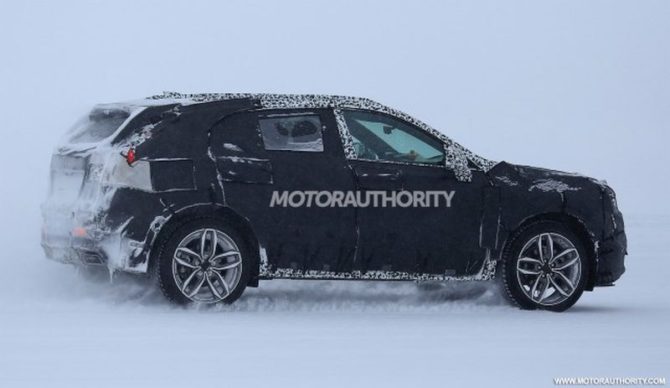 With XT4 being a new crossover on a very crowded market Cadillac will have to be careful with its introduction. To be competitive from the start the price of 2018 XT4 will have to be in line with competitors. Considering that BMW X1 starts at $33,000 and that Mercedes’s GLA goes for $32,000 in its base variations, the XT4 will also start in low-$30,000, probably closer to $31,000 at which Audi Q3 starts.

The 2018 Cadillac XT4 is expected to be released in mid-2018. The mid year date will signal its introduction rather that it’s on sale date. The sales will probably start closer to the end of the following year.

Inside the Cabin – The interior

We said above that we expect the 2018 Cadillac XT4 to feature better built quality than the larger XT5. Even though this may seem hard to believe, it will definitely happen and not just with the XT4 but also with the revised XT5. The rather hard and brittle plastics and the unusual gaps around the cabin should be gone. Thanks to that the NVH levels inside the XT4 will improve over its sibling and Cadillac should finally have a truly competitive crossover on their hands.

We said above the car will be based on the same platform as the XT5 but it will be smaller. Because of that it will also offer less space inside the cabin. There should be enough room for up to 4 adults sitting in perfect comfort. The trunk is definitely going to be a lot smaller than on the larger crossover but this is mostly due to the car’s design. 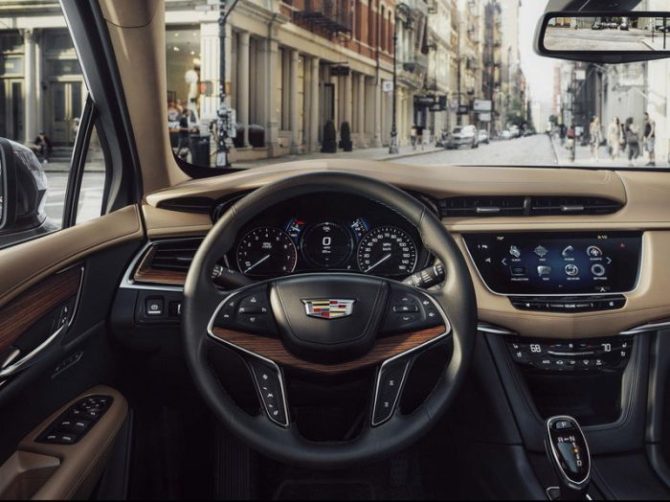 From the camouflaged test mule it looks like the 2018 Cadillac XT4 is also going to look quite a bit more aggressive than its larger sibling. The car seems to boast a new front end that has slimmer headlights than the XT5 but also a slimmer grille. The roof-line seems to be slightly raked towards the back while in the rear it seems there is a really tiny window. The tail lights on the other hand, as well as the exhausts, are quite similar to what is found on its larger sibling which suggests Cadillac’s desire of being recognized as a brand. 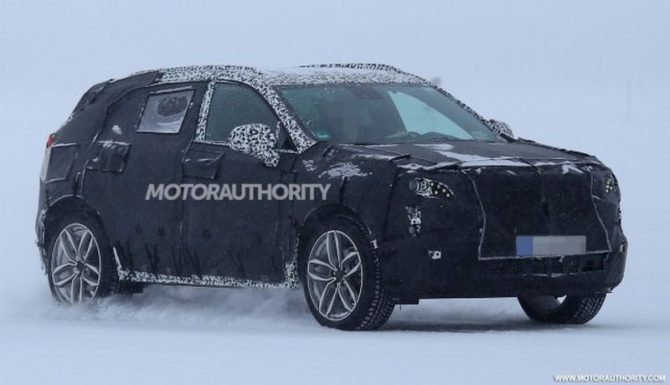 Under the hood – Engine Department

The US version of the XT5 is only available with a V6 engine. The upcoming 2018 Cadillac XT4 might receive a V6 but it will definitely come equipped with at least one inline 4 powertrain. Most rumors suggest the base car will come as standard with a 2.0 liter turbocharged inline 4 gas engine. This should be GM’s new LTG engine which is known to make 258 horsepower and 295 lb-ft of torque in most applications. All that power will likely be sent to the front wheels via a 9 speed automatic gearbox.

An optional all wheel drive system, likely featuring some sort of torque vectoring, is expected to be offered on the higher end models. A V6 might be offered too. It seems that the XT4 could receive a high performance “V” model which could provide in excess of 400 horsepower. This would allow Cadillac to compete with the top end European manufactures and it would give them a chance to get ahead of the competition on the US market. A hybrid is also a real possibility but at this point it still is unclear if one will be offered for the United States.

The current Armada has been on the market since the early 2004 and since then it changed but only barely. …