A while ago Hyundai released the Genesis sub-brand which is set to become their luxury-car division. So far the new brand didn’t really release any new models but carried over older Genesis branded cars. Well, it seems that this is about to change because not that long ago the new G70 has been spied testing in the wild. The future 2018 Genesis G70 is going to be based on the same platform as the Kia Stinger. However, there will be some really interesting differences between the two cars. While the Kia is more of a four-door coupe, the G70 seems that will become more of an executive four-door sedan similar to some of its German competitors.


Even though it may not be all new, the G70 will be based on a modular high strength steel architecture. This proved to be really impressive for this class. In fact the Stinger received a lot of praise for its no-compromise driving characteristics. Unfortunately the platform is not perfect because it is quite a bit heavier than its main rivals. Luckily the G70 manages to alleviate that with the help of a really stiff body which lowers the NVH levels to a minimum. Coupling this with a revised suspension setup, the G70 should easily become the luxury sedan Hyundai wants it to be. 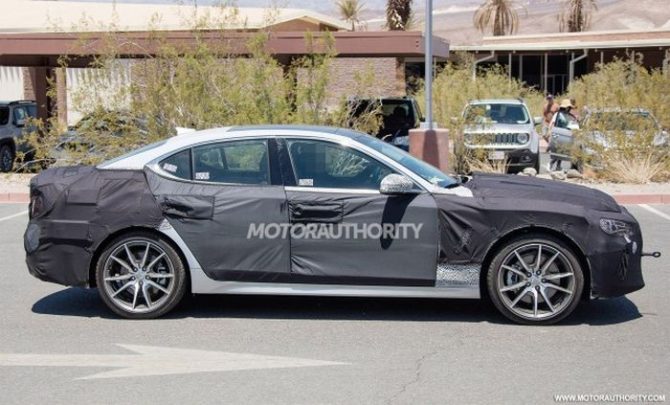 
The test mule – was it final?

Some suggested the camouflaged prototype of the 2018 Genesis G70 seen last year was not the final form of the sedan. However, it seems that this was not true. In fact the spy shots taken a few weeks back seem to suggest the car will in fact look completely different from the Stinger. It has a much taller roof-line and the coupe shape is not as obvious as in its sibling. The car seems to boast the usual three-box design with a long tailgate and a rather long but low front end. Thanks to its new shape there should be more room inside than in the Kia. 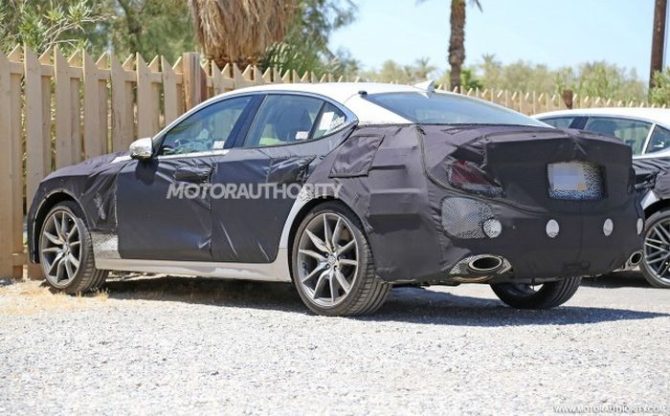 The design of the exterior

Back in 2016 Genesis released the New York concept, a four-door coupe with a staggered window design meant to showcase their future design. Even though the prototype of the G70 is not identical to this concept, it looks quite close to it. Firstly, in the front it seems the car boasts the same type of hexagonal grille and really slim headlights which give it a menacing look. The production vehicle also seems to boast vertical intakes on the sides as well as a small splitter-like construction right under the front grille. Unlike the concept, the production model doesn’t have the staggered windows or even the really stubby rear end. Instead it seems the G70 is closer in design to its larger sibling. 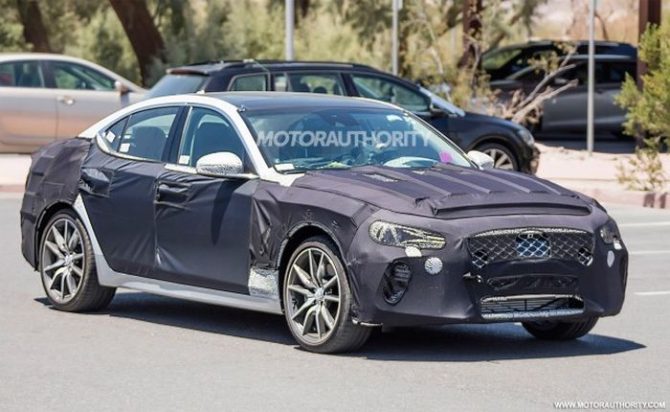 Unlike most of their rivals, it seems the interior of the 2019 Genesis G70 will not be identical to that of its sibling which is a real accomplishment these days. Instead, the car seems to boast a classier look than the Stinger. The center stack is wider and slightly less vertical in design. Also, the climate controls are round while the AC vents are square giving a really interesting vibe. The infotainment screen is mounted on the dashboard but it seems larger than in the Kia. The only real similar parts are the steering wheel as well as the fully digital instrument cluster which seem to be identical between the two. 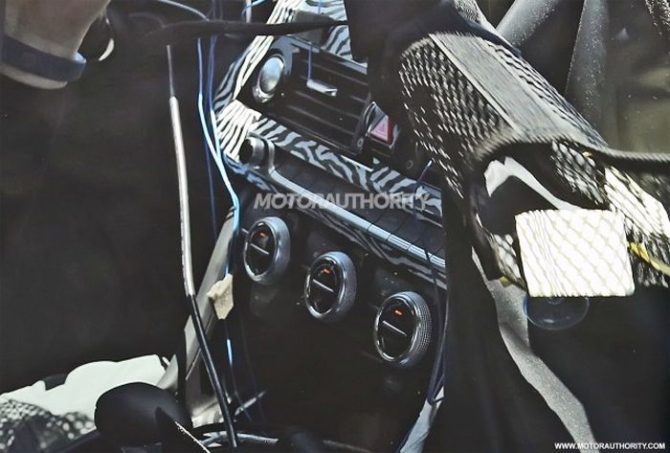 Under the hood – Genesis G70 Specs

It has been confirmed that the 2018 Genesis G70 is going to feature a 3.3 liter twin-turbocharged V6 engine. This is currently in use on the Stinger where it makes 365 horsepower and 376 lb-ft of torque. Even though this is the only confirmed powertrain, it seems it will be available only on the G70 Sport trim level. With an 8 speed automatic and rear wheel drive only, it should allow the car to easily outrun its competitors.

The base model on the other hand is likely going to use a 2.0 liter turbocharged inline 4 gas engine good for around 250 horsepower and over 250 lb-ft of torque. A hybrid is also a real possibility considering the current market conditions. A manual will unfortunately not be an option on any of its engines which is a shame. However, an all wheel drive system will be offered on some trim levels.

This vehicle is expected to visit the showrooms later in the year. As you already know it will arrive as 2018 MY and it will join its larger siblings G80 and G90. As for the dealership release of 2018 Genesis G70 you should expect it in the spring of the next year.

Because G70 is entering a segment populated by models such are BMW 3-Series, Mercedes-Benz C-Class, Acura TLX, Alfa Romeo Giulia, Audi A4, and Cadillac ATS you would expect for Korean manufacturer Genesis to try and fight them with a lower price. It seems reasonable, without a doubt, but this just might not be the case. The starting price for this model will be in the region of $35,000. The spot where Hyundai/Genesis is going to look for their place on the market is on the warranties and incentives. The two things mentioned above will look something like a five-year warranty for a new car and a ten year/100,000 miles engine one.

2015 Chevrolet Impala will have a refreshed and improved look. It will be the first full size sedan to have …