The 5th generation of the Lexus LS was released back in January and it managed to stun everyone thanks to its stunning looks. However, the car is still missing a few notable features and more importantly, a high performance version. Even though this is still not official, it looks like the high performance model will hit the market with the 2019 Lexus LS F. Even though the manufacturer decided to keep quiet about this future model, there is plenty of inside information from reliable sources. It looks like the new high performance LS will be quite a bit more impressive than it was first thought. For starters, this will be the first time the LS will feature the F performance package. On top of that, the entire running gear and powertrain will be revised with one scope in mind, to come up with the fastest package in its class.


Even though pretty much everything else will change, the platform of the LS F won’t. The production model will still be based on the same TNGA architecture as the regular model. However, as we said above, the running gear will be all new. Instead of coming with an air suspension system, like some rumors suggested, the production LS F could receive an adaptive set of shocks and a fixed ride suspension setup. While this is not as good as the air-ride for comfort, it most definitely is for a high performance application. On top of that, it also looks like the LS F could receive high performance carbon-ceramic brakes, which would improve the braking performance by a good margin, but these would likely be worse in terms of feedback. 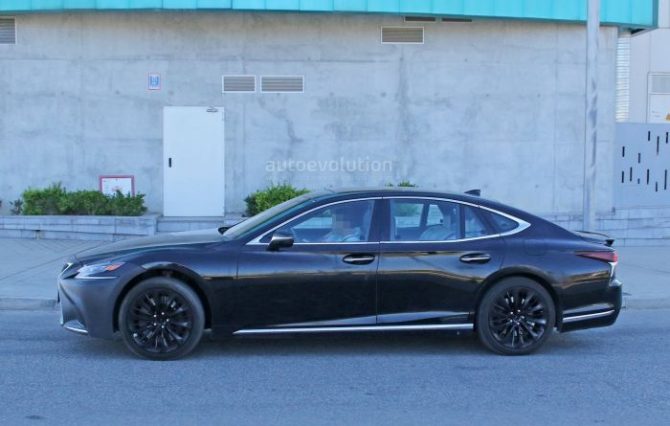 The production version of the 2019 Lexus LS F is definitely going to be lower than the base LS500. Expect it to also be wider even though this may seem unlikely for now. The car will come with wider fenders which will cover considerably wider tires, both in the front and at the back. The front end is likely going to keep the highly unusual spindle grille but the headlights and bumper are expected to be replaced with some that would give the car a far more aggressive look. The rear of the LS F is also going to go through a few changes. Expect a different set of exhausts, likely four of them, as well as a large rear diffuser. The car may also receive an active wing, which would improve the downforce by a good amount, but this is unfortunately highly unlikely. 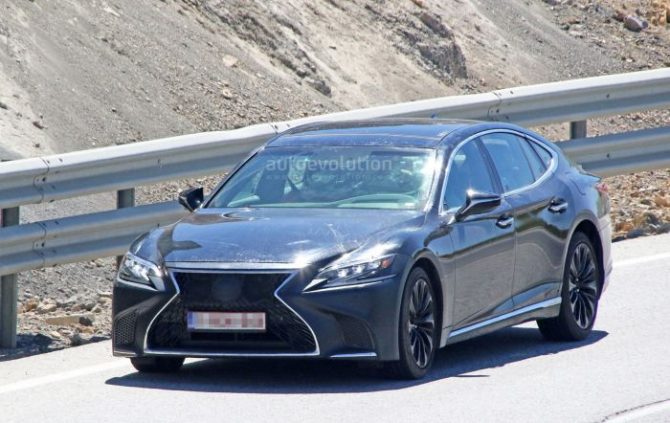 As expected, not much will change inside the cabin of the 2019 Lexus LS F. Even though this will be the car’s high performance version, it will still be a luxury vehicle. This means the clean-looking dashboard, the highly detailed instrument cluster or even the massive infotainment system are all going to be retained. However, in order to give the driver a better experience, the LS F is likely going to feature better bolstered seats and possibly a new steering wheel, more similar to that found in the old LFA. 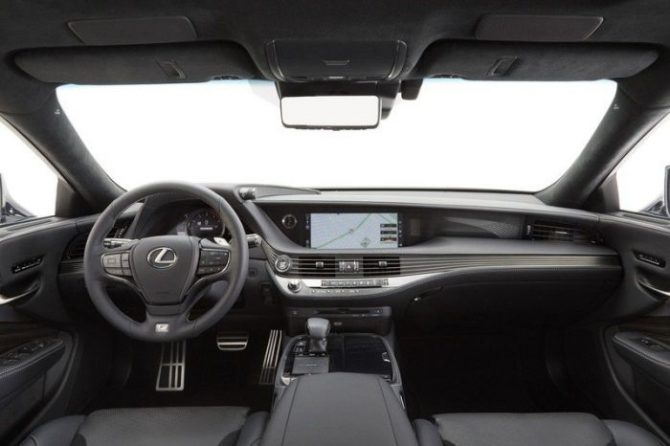 The all new LS, unlike its predecessor, is available only with V6 engines. This might change with the future 2019 Lexus LS F, even though it is unlikely. The current range-topping model is good for 415 horsepower and 440 lb-ft of torque which is impressive in its own right. However, a V8 would likely be able to deliver a supercar-like experience without adding too much extra weight. If the rumors are true then the car might receive a new generation 4.7 liter twin-turbo V8 developed on the same base as the current twin-turbo 3.5 liter V6.

While these are just rumors, this engine would make a lot of sense in the LS F as it would give the car more than enough power without adding too much extra weight or fuel consumption. If Lexus will manage to provide over 600 horsepower and 600 lb-ft of torque then the LS F will finally become a true high performance luxury sedan. Unfortunately these are nothing but rumors so it still is unclear if Lexus will ever be able to release an engine remotely similar to it. A hybrid is also a real possibility but considering the other cars in its class, this is unlikely.

At the moment of writing of this article, the Japanese manufacturer hasn’t announced the price for standard LS model. Because of that, the pricing for F versions will arrive even further down the line. The ongoing base model of the LS starts close to the $80,000. Compared to this price we can freely claim that 2019 LS F price will be far over the $100,000 mark. Its main competitors Mercedes-AMG S63 and BMW M760i xDrive start at $144,700 and $156,700 respectively, so the Lexus LS F will be in this region. We estimate that the base LS F will be in $140,000 area.

There is no exact date set for the release of this model. You can expect it to come at the moment when the standard LS establishes itself on the market. That mentioned above might happen in late 2017, or more likely in the early to mid months of 2018.