Back at the 2016 Beijing Auto Show in April Honda was releasing the new Avancier luxury crossover. It is set to go on sale next month in China and it should also be released in India the upcoming year. So far it seems that the price puts it above the CR-V despite the fact it is based on it. The 2017 Honda Avancier is a rather interesting car. Why? Well, it is using the older CR-V platform and not Honda’s new modular architecture which was first seen on the new Civic. This is mostly because it is not entirely designed by Honda. Instead, it is built in cooperation with Dongfeng Honda so it makes sense it is using a slightly older chassis.


The Avancier is a very interesting car because it is basically an Acura for the Chinese market. Even though the basic chassis is the same as on the CR-V, everything else is different. The car is using a new suspension system which offers more comfort and a more compliant ride than its lower end sibling. The cabin has been extensively redesigned and it looks on par with the best. This is also shown in its price. The 2017 Honda Avancier starts at just around $39,000 for a base model and it gets to more than $60,000. This is on the same level with cars from BMW and Mercedes. However, it is worth mentioning that it is usually better equipped and a lower end model is on its way.


The design of 2017 Honda Avancier

The Avancier looks like nothing else out there. Honda was influenced by their other models but the end result is unique for sure. The front end uses a similar setup to that found on the Pilot. However, the lower part of the grille features a honeycomb mesh. The headlights are fully LED lit and look a lot like Acura’s jewel-design. The shape of the car is not the same as that of the CR-V either. The Avancier was actually inspired by the BMW X6 with a coupe-like shape. The rear end features an angled window and a roof-mounted spoiler. The tail lights are unique as well and the bumper features the two exhausts to the sides. 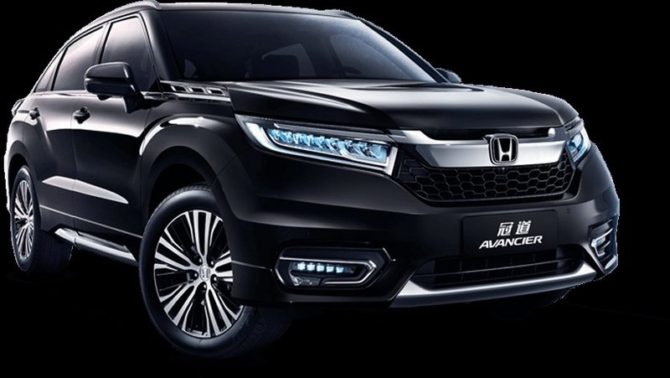 The cabin of new Avancier

Upmarket is the word that best describes the new 2017 Honda Avancier. It seems that Honda managed to offer a really nice cabin even though the model they started with was nothing like it. The center console is wide and features a large armrest. The center stack features a large wide-screen LCD screen and most of the controls are touch based. The materials seem to be top of the line and even though the cabin might be small, this helped Honda deliver a car-like experience. The driving position is quite low and everything is well above the average of its class. 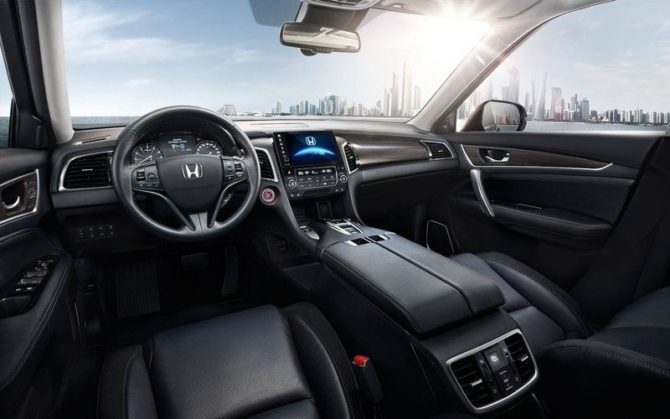 The Avancier has been released with a 2 liter turbocharged inline 4 petrol engine. This features VTEC and direct injection and it is good for 268 horsepower and 370 Nm of torque. The engine itself is actually a derivative from that found in the Civic Type R but it has been tweaked for low-end torque. This drives all four wheels as standard via a nine speed automatic. While not official at this point, Honda also suggested that a lesser engine might be installed. We are quite sure they were talking about the 2.4 liter naturally aspirated mill. This is good for around 184 horsepower and 180 lb-ft of torque and it would make the perfect choice for a front wheel drive car. Unlike the 2 liter engine, this one is most likely going to be mated to a six speed automatic.