The Odyssey is one of the best minivans on the market and it shows in the sales number. However, the current model started to lose ground against the newer Pacifica and Sedona so it will be replaced soon enough. Originally the 2017 Honda Odyssey was expected to be released in the late 2016 but it seems it may be slightly delayed. The production version of the car is still going to hit the market more than likely in the first half of 2017. The car will keep sharing its platform with the MDX and the Pilot. This means a lower weight, better NVH levels and a nicer overall suspension system. 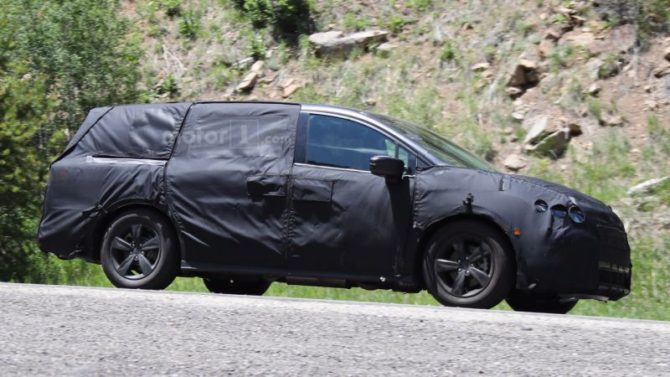 So far it seems that the size of the minivan is not going to change much over its predecessor. However, thanks to the new platform it should become better to drive. Some other improvements will include a new engine, an entirely new look and a revised interior. These will allow Honda to keep the Odyssey at the top of its class which shouldn’t be all that hard. The price is expected to change only for the top end models. This means the base model will still cost around $30,000. Its top end versions on the other hand will get slightly more expensive due to the added equipment and safety features. 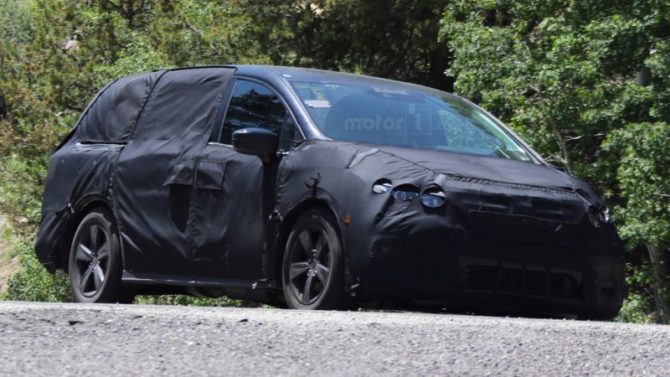 The interior of new Odyssey Minivan

The main selling point of the 2017 Honda Odyssey, or any other minivan for that matter, is going to be its cabin. The car will feature one of the most passenger-friendly cabins out there. There will be enough room for up to eight people with some models being expected with just seven seats. Even the base model of the car will feature things like dual-zone climate control, HVAC vents for the middle and rear seats, an intercom system to allow the rear passengers to talk with the driver with more ease as well as plenty of USB charging ports.

Moving up the Odyssey will add wireless charging, a wireless hot-spot, a much better infotainment system with phone mirroring technology, leather upholstery and even a massive LCD screen for the rear seats. Its trademark feature, a trunk-mounted vacuum cleaner, is expected to return on this new model as well. 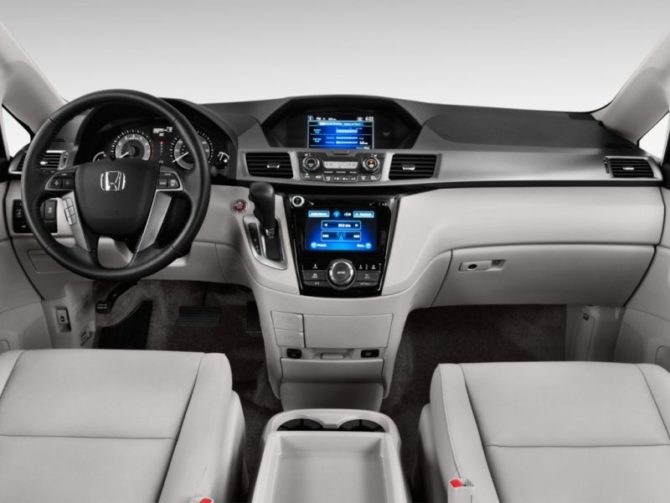 The exterior design of 2017 Honda Odyssey

The earliest test mules have been spied all the way back in 2014 with the most recent being seen a few months back. It seems that the car did not change all that much in the meantime. The upcoming 2017 Honda Odyssey seem to take a lot of cues from the new Pilot. Expect the front end to be remarkably similar to the SUV. However, its sliding rear doors or the rather sportier-looking back end should still be used on the Odyssey. Some also suggested that it will take the rear styling from the MDX which would likely not be all that far from the truth.

We are pretty certain that the Odyssey will hit the market with a 3.5 liter direct injected naturally aspirated V6. This would be the same as that in the Honda Pilot so it should make 280 horsepower and 262 lb-ft of torque. With the lower weight of the car, the new Odyssey should become faster and more efficient as well. Some suggested that Honda will stick to the six speed manual on the base model. However, it seems that the nine speed ZF automatic would be a much better choice. Front wheel drive will be standard with an optional all wheel drive system being a real possibility. In the future, the Odyssey will likely trade the ZF nine speed for Honda’s own 10 speed automatic which is still under development at this point. 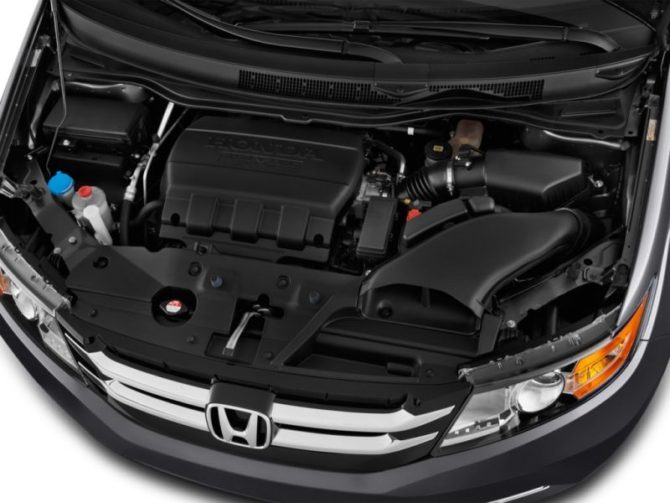 The Japanese car manufacturer Nissan, plans to introduce the second generation of its Armada model in 2017. The Nissan Armada …