After being on the market for a really short period of time, the CR-V has been completely revised with an all new model. The 2017 Honda CR-V is the brand new model which was spied testing a few months ago. At first many thought that the car was going to be released in 2017. However, Honda took everyone by surprise when they released the car a few weeks back. The new model is using a new platform, it is larger, better equipped and more efficient. On top of that it is also safer and it looks quite a bit better than before. 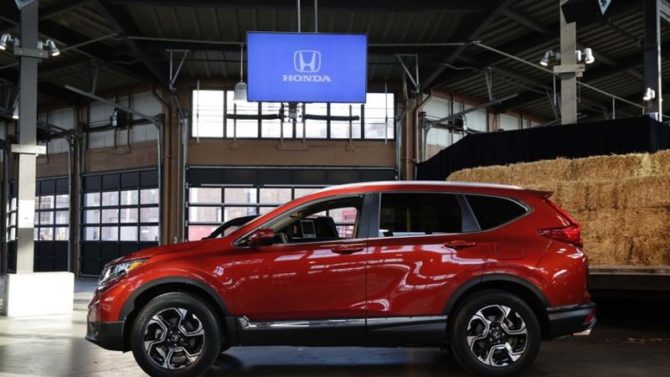 The platform is the largest change on the new CR-V. The car is now based on Honda’s global chassis which has been first seen on the new Civic. This means that the new CR-V weighs just as much as before despite being larger. The new platform is a lot more structurally rigid than before and it also features a lower center of gravity. The result of that should be a better to drive car than before that is also more comfortable and safer. The car will hit dealerships all over the USA in December. The price will be announced closer to the release but it should not be all that expensive when compared to the older model. 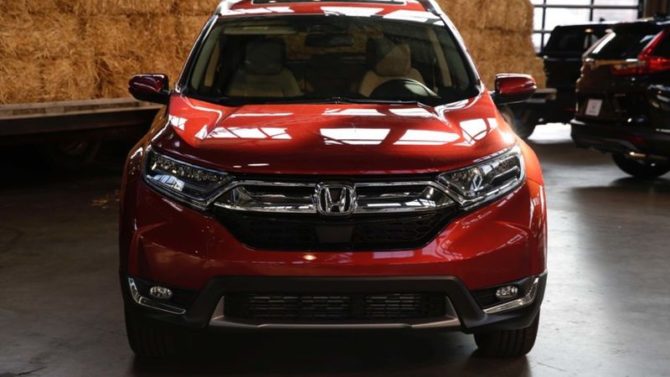 Let’s just say that the new 2017 Honda CR-V has matured a lot over the previous generation. The car is clearly a CR-V despite being new. However, all the lines have been redesigned so it is a lot more imposing. The front end boasts a new grille, headlights and bumper which create the impression of a large car. The same can be said about its rear. Here a new set of L-shaped tail lights has been installed while the bumper features a really interesting insert. From the profile on the other hand the car is very similar to the older model. This is of course if you don’t know it is larger. The new CR-V has a 1.6 inches longer wheelbase and it shows, especially since the cabin. 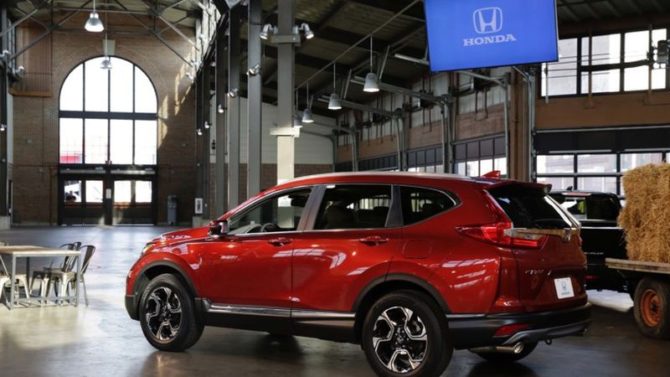 The interior of new CR-V

Here the CR-V offers more room on the back seats than the Accord or the mid-size Edge and it actually has more cargo space than the latter. This is quite an achievement for Honda and it should allow them to remain at the top. The dashboard has also been revised. This time around the infotainment system received a volume knob which has been requested ever since it was removed on the older model. The instrument cluster features an LCD panel that shows all the info the driver needs while the shift-knob has been moved on the center stack. This equals a better driving position than before and more room for storage on the center console. 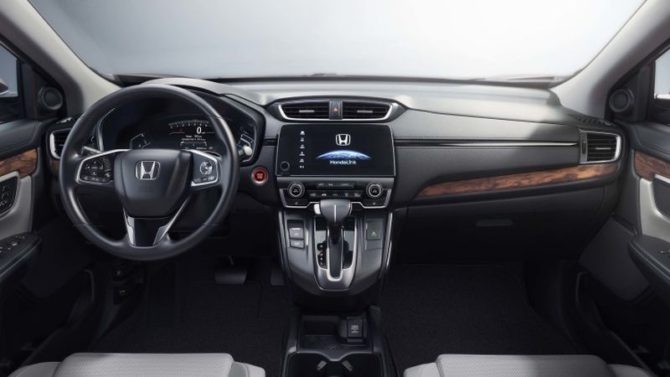 There is an additional engine on the 2017 Honda CR-V over the previous model. The base car still gets the same 2.4 liter naturally aspirated mill as before. This now offers a slightly lower output at 184 horsepower and 180 lb-ft of torque. The big news come in the form of the new 1.5 liter turbocharged inline 4 mill. This is good for 190 horsepower and 179 lb-ft of torque which is very impressive for this size. 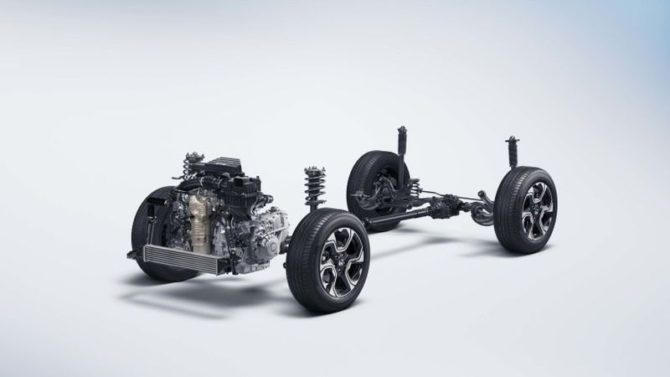 Both of them can only be had with a CVT which is a good pairing, especially for the small turbocharged mill. The 1.5 liter engine should be quite a bit more efficient in pretty much all situations than the older 2.4 liter mill. A hybrid still is a possibility but so far Honda has not said all that much about it which makes us think it is not going to happen anytime soon.