The new 2018 Buick Enclave has been released after its predecessor has been around for nearly a decade. This is GM’s third car to be based on their new modular front wheel drive crossover chassis. However, it does have a 2.4 inches longer wheelbase than before and it shares roughly the same size as the new Traverse. However, the Enclave is meant as a premium 7-seats crossover so it features a different running gear and a vastly improved interior. The design has also changed considerably from the older model. This makes the Enclave one of the best packages in its class which is especially true for the base model that will cost around $40,000. The top end version is now expected to cost in excess of $60,000 due to the introduction of a new luxury trim level with the “Avenir”.


As standard all models of the Enclave will boast a rear camera, parking assist as well as 7 airbags. Unfortunately the crash-avoidance technologies are not going to be part of the standard trim level which is an unusual move, especially since some of its cheaper siblings to boast these features. GM will offer rear cross-traffic alert, forward collision warning and lane keep assist but only as optional extras. An active cruise control system is not going to be part of the base trim level but we do hope Buick will change its mind by the time the Enclave hits the market. 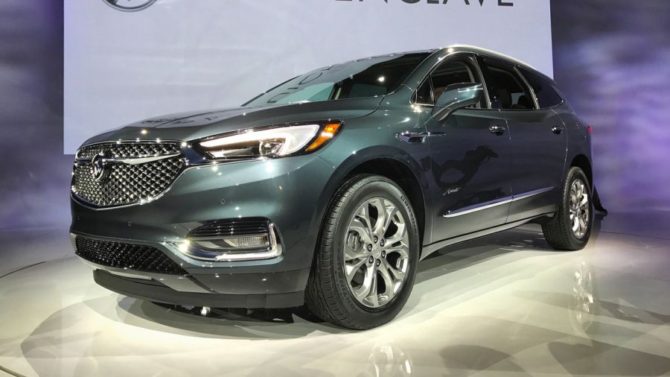 In short, the 2018 Buick Enclave no longer looks like a pimped minivan. Instead, the new car has been vastly improved so it looks like a true luxury crossover. In the front it sports Buick’s new grille design with the angled headlights and distinctive curvy front end. On the sides it received more muscular lines than before while in the back it now sports dual exhausts, a more aggressive angle to the tailgate as well as tail lights joined by a chrome insert. All of these coupled with the floating roof make up for a stunning design which is far more impressive than its predecessor.

Buick also worked on the interior of the Enclave in order to offer a true premium experience. The design is all new and even though it might share some of the buttons with the Traverse, it feels unique. The dashboard has a curved design with asymmetrical HVAC vents that makes for a really modern look. The steering wheel is the only dull part of the cabin but this will likely be replaced some time after release. 7 seats will be offered as standard but it seems an 8 seats model might be released later down the road. The high end Avenir will add things like quilted leather, an 8 inch infotainment system with Apple CarPlay and Android Auto and even real wood inserts as standard.

Not much changed here for the 2018 Buick Enclave. The car will still be available with a single engine choice which limits what the buyers can expect from the car. The engine is a 3.6 liter naturally aspirated V6, the same as the one in GM’s other current products. It makes 302 horsepower and 260 lb-ft of torque which is in line with the competition. The engine will likely send its power to either the front or all four wheels via a 9 speed automatic. It seems that the fuel consumption will be the largest upgrade. The FWD car is expected to offer around 25 MPG on the highway while the AWD version should manage close to 24 MPG, a 10% improvement over its predecessor. The car is also expected to be able to tow up to 5,000 pounds which is the average of its class. 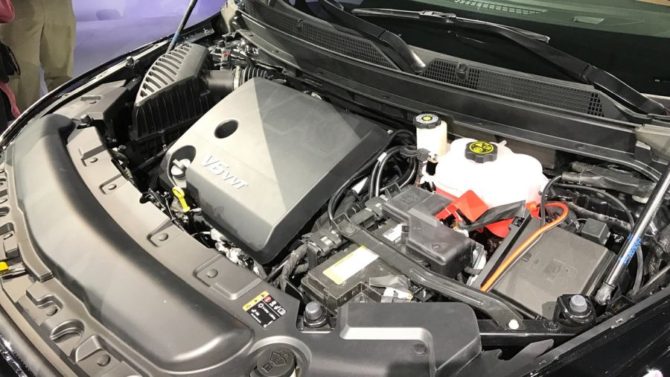 Buick introduced its Enclave crossover a few weeks back to the general public at 2017 New York Auto Show. The reception was good especially for the high-end top luxury trim the Avenir. Despite being shown in its full glory, 2018 Enclave won’t hit the dealerships just yet. The start of the sales is expected in late fall of this year.

Another thing is the price. Sources from Buick kept their mouths shut and thanks to that there is no word on the price. More will be known when the release date approaches. Currently, we can only say that the price will go up which is justified with all of the upgrades the Enclave received. The ongoing crossover is available at the cost of $39,900 for the entry model, and it goes all up to $50,550 for the highest trim. Most likely 2018 Buick Enclave Avenir is gong to top that price for a couple of thousand bucks.

Toyota did something unique with the Venza, offering a combination of an SUV with MPV characteristics, offering most of the …