The Japanese car manufacturer Nissan, plans to introduce the second generation of its Armada model in 2017. The Nissan Armada is a full-size SUV that’s been around since 2003. The new 2017 Nissan Armada is significantly based on more luxurious Infiniti QX80 and Armada borrowed the overall dimensions of its luxury division vehicle. The 2017 Nissan Armada will get new styling and plenty of additional safety features will be available. It will keep its body-on-frame design and its eight-passenger seating. The company will offer SV, SL and Platinum trim levels, and each trim is quite distinctive and unique. The 2017 Armada will be shown to the world at the Chicago Auto Show, and it will be interesting to see how it will cope in a very competitive market. 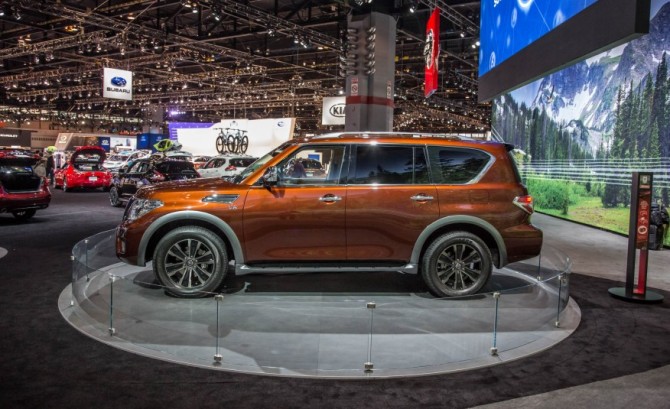 The new 2017 Nissan Armada features very bold design. The look is very aggressive, but you can see some of the softer shape that is borrowed from the Infiniti QX80. The new Armada will be 2.1 inches shorter than the current model, but it gained 1.2 inches in length and 0.6 inches in width. The front of the car features a chromed version of Nissan’s ”V Motion” grille front fenders with functional air intakes and standard LED low-beam headlights and signature LED Daytime Running Lights, while fog lights are standard on higher trim models. Rear side will include tail lights that feature LED technology as well. The 2017 Nissan Armada will roll on uniquely crafted 18 or 20-inch wheels. Other exterior features include black color grille with chrome trim accents, chrome door handles, privacy glass, seven exterior colors available and more. 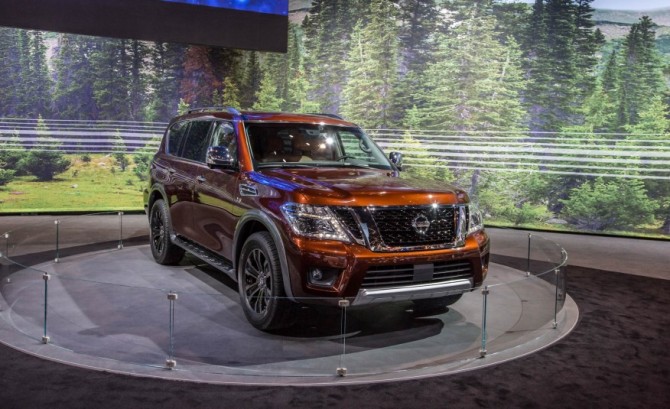 As far as the interior is concerned, the new 2017 Nissan Armada offers exceptionally spacious cabin. There will be plenty of space for up to eight passengers and when you need more space for gear, the second and third rows of seats fold in a 60/40 split. The SV model will include cloth upholstery, four-way power-adjustable front seats, an 8-inch dashboard screen, a navigation system with traffic and weather information, heated front seats, a 13-speaker Bose audio system and satellite radio. The SL include leather upholstery, dual-zone automatic climate control, remote starting, keyless access and starting, a power third-row seat, Nissan’s around view monitor, a power lift gate, and fog lamps. The Platinum features a sunroof, heated and ventilated front seats, a heated rear seats, a heated steering wheel, rear DVD entertainment with two 7.0-inch screens and variety of safety features. 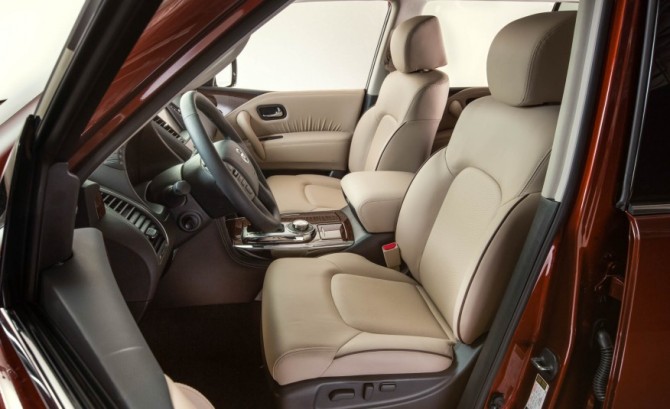 Under the hood of the new 2017 Nissan Armada there will be the new 5.6l Endurance V8 that is capable of making 390 horsepower and 401 pound-feet of torque. This is an improvement of 73 horsepower and 16 pound feet-of torque than current model has. Transmission will also be replaced, as the 2017 Armada gets seven-speed automatic transmission instead of a 5-speed transmission. The Armada will be powerful enough to tow up to 8,500 pounds. 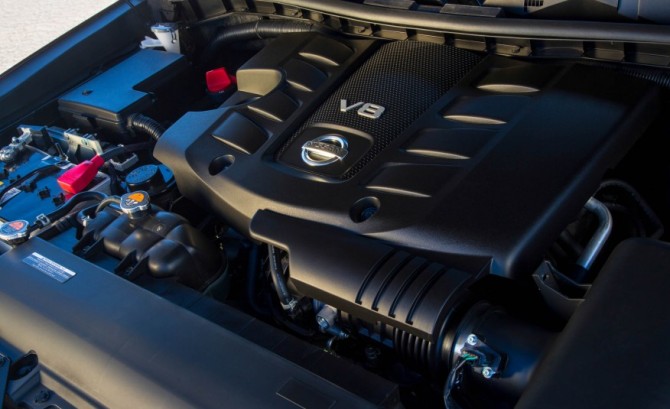