The Impreza managed to impress ever since it was released thanks to its low price, great handling characteristics and standard all wheel drive. However, in the past few years its rivals became a lot more competitive so Subaru had to do something to save the car. Well, the answer for all of their problems has been released a few months back with the 2017 Subaru Impreza. This is an entirely new car based on a new platform, rocking an updated engine and having a new interior. In fact we can easily say that the newest Impreza is also the best. 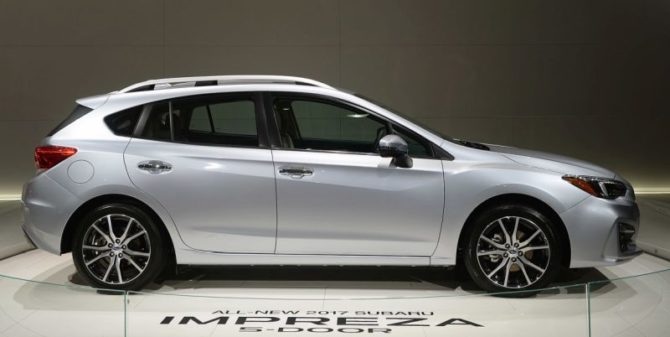 The car is using Subaru’s new global modular platform which is completely different than the two it is replacing. For starters, the new platform is larger than before. The new Impreza is 1.6 inches longer, it has a one full inch longer wheelbase, it is 1.5 inches wider and 0.4 inches lower. Thanks to that the car will offer quite a bit more room inside the cabin but more on that later. The largest improvement for the new chassis is the stiffness which improved by up to 70%.


Also, the car’s center of gravity has been moved lower and the NVH levels improved tremendously. The end result is a more refined car than before that is also safer and better to drive. The car starts right around $20,000 for a base sedan. The top of the line Sport or Platinum models start around $23,000 which is still very good. The five-door hatchback adds another $500 which is usually worth it for the extra utility.

The engine of 2017 Subaru Impreza

So far the 2017 Subaru Impreza has been showcased with a 2 liter naturally aspirated flat-four petrol engine. This is an FB generation unit which makes 152 horsepower and 145 lb-ft of torque. The improvement over the older unit is minor but the engine is more efficient. Subaru says that the car will return around 32 MPG on average when equipped with the CVT gearbox. This is only 2 MPG behind the class leader which is only front wheel drive. The CVT gearbox is actually a standard feature for this generation.

However, both the base model and the Sport trim level get the five speed manual as standard. The latter can also be had with an improved CVT with paddle shifters. This emulates a seven speed automatic but the manual is still the better choice. The performance is mild at best too. In the future both the WRX and the STI will hit the market with a 2 liter turbocharged flat-four expected to make between 260 and 350 horsepower.

A lot better than the older models. Both the sedan and the hatchback versions of the 2017 Subaru Impreza have been greatly improved. However, the car does resemble both the WRX and the STI quite a bit. This means that it looks a lot more like an update rather than anything else. While this is not all that bad, there are some influences from the older model, especially on the hatchback, which don’t give it justice. 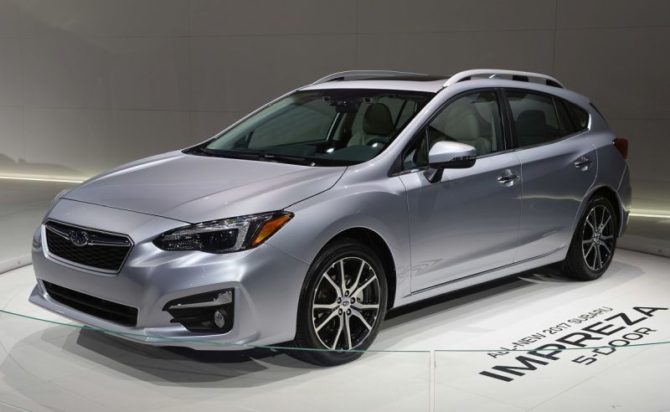 We are happy to say that the interior of the new Impreza is miles ahead of the older one. For starters, Subaru finally decided to use quality materials across the range. The hard plastics or bad build quality is gone. The new car is better in every way. There is an all new infotainment system which boasts either a 6.5 or 8 inch screen, a much better audio system, a nicer overall design and a better driving position. The extra length added to the wheelbase gives passengers more overall room and the car has more trunk space in both body styles. 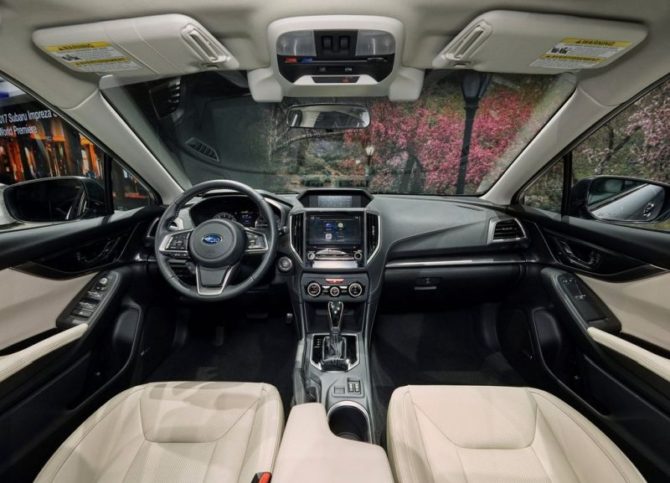