The 2nd generation of the Chrysler 300 has been around since 2011. However, the car is actually based on the same platform as its predecessor, so it can’t really compete with today’s full size sedans. To make matters worse, Chrysler decided to scrap the SRT program for the 300 so the 6.4 V8-powered car is no longer available in the United States since 2015. Luckily though it seems things might change in the near future. Not that long ago a car has been spied which seems to be the rumored 2018 Chrysler 300 Hellcat. The car is definitely a 300 but everything else about it seems to be upgraded in order to cope with a more powerful engine.


The car was spied on the open road and it seemed to be a development prototype. The car was not camouflaged which is unusual. However, Chrysler likely decided a black 300 with different wheels would attract less attention than a camouflaged vehicle. The first thing that popped about this vehicle was the running gear. In fact the car featured the same wheels and tires as those found on the Demon Challenger which is very unusual. These wheels were wrapped in 315mm section drag radials both in the front and at the back. 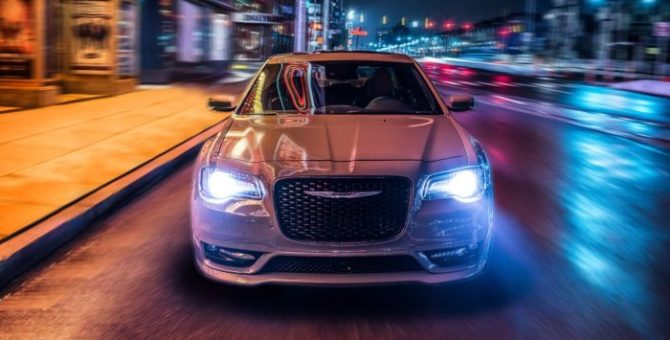 
More unusual is the fact the wheels had Chrysler center caps which definitely suggests a development mule for a Chrysler and not for another car. If we take a closer look at this car then it becomes clear it is not a regular 300. In fact the car has the same 4-piston Brembo calipers in the front as the older SRT model. These have likely been used in order to clear the smaller than usual wheels which are needed on a car aimed at drag racing. At this point there is still no word on a possible price or release date, but we have few thoughts about it below. However, it looks like the 2018 Chrysler 300 Hellcat might definitely go into production, especially now when the car is a couple of years away from its discontinuation.

The regular version of Chrysler 300 and its SRT version was discontinued in the US during 2015. At the same time, the vehicle continued to be available in Australia, Middle East and some parts of Europe. So, unfortunately for US customers, if 300 Hellcat ever becomes available it would at first happen in the land down under. Nonetheless, if Chrysler company decides to launch this model, it would probably happen during mid-2018, or later that year. But, as we already mentioned it is not confirmed nor denied by Chrysler when it will be available.

As for the price, it is also too early to speculate, but the SRT version of Chrysler 300 is currently sold for 50,000 of Australian dollars. Transferred to the US dollars, it is $38,000. The new version, the 2018 Chrysler 300 Hellcat would probably come at a higher price, closer to $42,000 for entry level model. 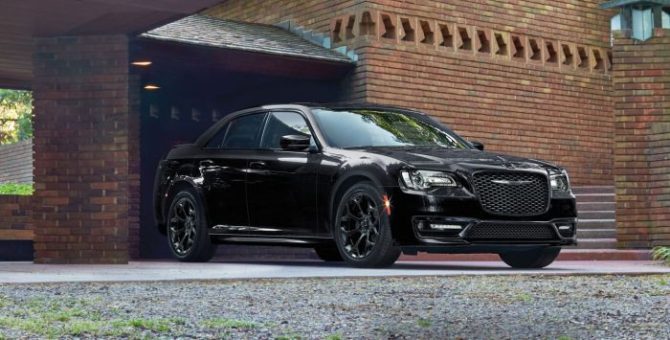 The development prototype looked mostly the same as the regular production 5.7 Chrysler 300. If the car is ever going to go into production then expect it to boast some tasteful performance upgrades. Considering it featured 315mm section tires, the Hellcat 300 is more than likely going to boast flared wheel arches in order to clear those massively wide tires. On top of that the car will more than likely feature a subtle rear wing as well as possibly a new front bumper. This should offer a larger intake than before in order to give the engine more air and slightly better cooling.

Even with all these changes, it still is expected to be quite restrained in comparison to the Charger which is the one that stands out quite a bit more than the 300. The interior of the 2018 Chrysler 300 Hellcat might also receive a few upgrades. Here we can expect a new instrument cluster, likely a new steering wheel as well as the same seats that can be found in the other two Hellcat cars.

There is no question about the fact the development prototype of the 2018 Chrysler 300 Hellcat had the same engine as the Challenger Hellcat. However, it seems that some people disagree. It seems that this model is intended as a last-year version of the 300, so it might be something special and even possibly built in limited numbers. If this is the case then we wouldn’t be surprised if it will boast the same engine as the Demon. No matter the case though, the 300 will likely get the same 6.2 liter iron-block supercharged V8 powertrain.

This is currently known to make 707 horsepower and 650 lb-ft of torque in the Hellcat cars which is mighty impressive. The engine is going to be mated to an 8 speed automatic which is going to drive the rear wheels via a limited slip differential. The car may also get a higher-rated engine, possibly with close to 800 horsepower, especially considering its tires which are much wider than on the regular Hellcat. In fact, considering the upgrades, it seems the 300 may become the fastest Hellcat of the three mostly thanks to its high performance tires and possible power bump.