After being on the market for little over four years, a new version of the CX-5 has been released a few days back at the Los Angeles Auto Show. The 2018 Mazda CX-5 is still based on their SkyActiv chassis but this time it has been revised heavily in order to improve the NVH levels. It seems that this has been Mazda’s largest worry for the new car. On top of that, the new car is 0.4 inches longer and 0.1 inches wider. This doesn’t really show when you look at it but more on that later. The new car is also more efficient and it gets a brand new engines as well. 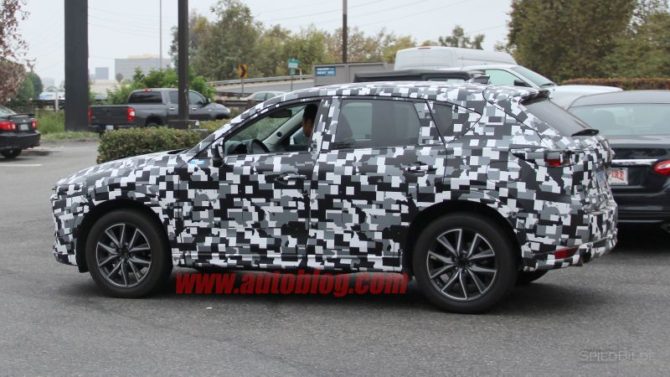 The upgrades are impressive

Even though the car did receive a new exterior and interior, one of the most interesting parts about it is the way Mazda handled the equipment levels. There is a lot more gear than before which is all useful. This didn’t change the price all that much so a base model will still start around $23,000. The CX-5 remains one of the top choices in its class.


The chassis has been the largest selling point of this car and this will likely be the case now. While the basic design remained unchanged, Mazda did made it better. For starters, the new multi-link rear suspension has been revised to offer better ride quality without compromising the way it drives. The CX-5 also gets a lower center of gravity which means a safer and more compliant ride than before. 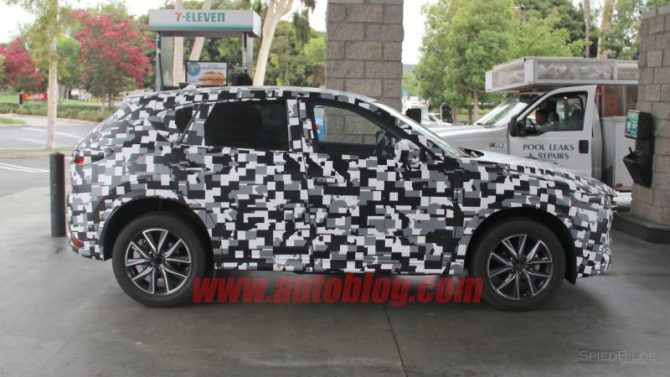 The two old engines are still available on the 2018 Mazda CX-5. The base car gets a rather anemic 155 horsepower 2 liter naturally aspirated mill. Most people are going to get the 2.5 liter naturally aspirated inline 4 which offers a more impressive 184 horsepower and 185 lb-ft of torque. This gets 24 MPG in the city and 30 MPG on the highway and it feels more alive than any of its rivals. While the basic engine can be had with a six speed manual, the more powerful version can be mated only to the six speed automatic.

Front and all wheel drive is available across the range as well. The big news for the 2017 model come in the form of an entirely new engine for the US market. This is the 2.2 liter turbocharged diesel which has been around in Europe for quite some time. It seems that the US model will provide close to 170 horsepower and 310 lb-ft of torque. Unfortunately Mazda had to work with the US emission regulations. This means a urea injection system which needs to be filled once every few thousand miles. 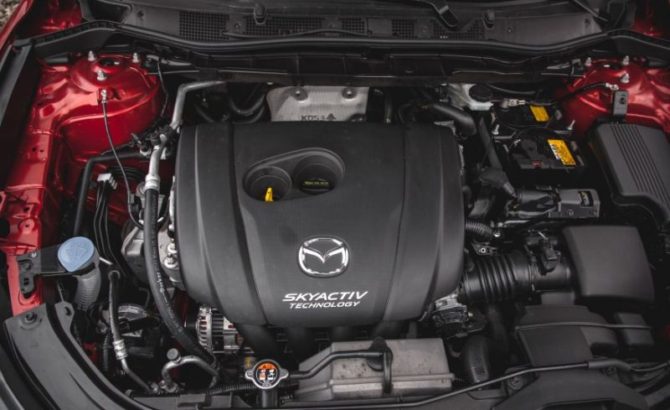 Even though this is not an all new car, the 2018 Mazda CX-5 definitely looks like one. In the front we can see Mazda’s brand new corporate look at play. The car features the same grille as the CX-9 with the large chrome lower insert which continues with the headlights. The end result is a more athletic look that really appeals to the current market. The rear end received a roof-spoiler and a new bumper which also are remarkably similar to those found on the larger CX-9.

Here Mazda worked wonders with the space they had available. The dashboard has been redesigned with a more minimalist look that is also more functional. The climate controls have been moved downward, the HVAC grilles are much cleaner in design and the new LCD screen on the dashboard doesn’t intrude all that much. The instrument cluster also sports a small 4.2 inch fully color LCD screen and as standard all models get a head-up display.