Released back in 2008 on the market, the ongoing RAM 1500 can’t really match Ford’s latest offering which trumps it in every way. This is about to change though. Ever since the start of 2016, test mules of the upcoming 2018 RAM 1500 have been seen testing around RAM’s factory. This means that they might be close to production which is really great news considering that their truck will be a decade old before their new one will be released. At this point it seems that the 2018 model will be an all new truck. There is still very little official information about it but the rumors are quite interesting. 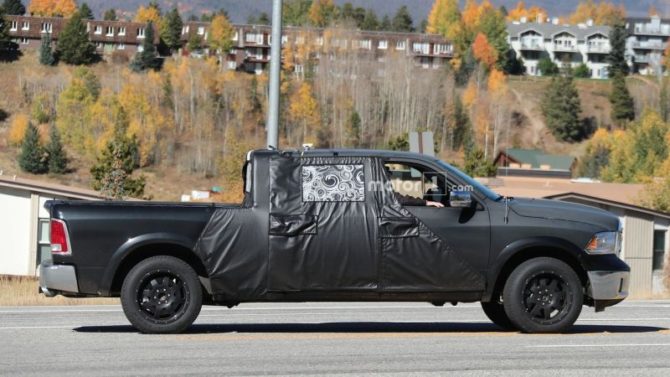 For starters, the 1500 will be using lightweight materials in its construction. This doesn’t mean an all aluminum body like that found on the F-150. Instead, we are quite sure that RAM will be using a steel cabin and aluminum body panels. The bed might also be made out of aluminum. All of these will allow for a larger payload than before and also a more durable overall truck. There is still no word on its chassis but it seems it will be heavily reinforced to improve its towing capabilities. The end result should be a truck that will lose as much as 500 pounds and it will also boast better performance figures. The release date seems to be set for the early 2018 and its price is likely going to stay roughly the same as before.

The interior of the RAM 1500 truck

The ongoing model is rather agricultural when it comes to features or materials. Things are about to change for the 2018 RAM 1500. The new model has already been seen in prototype form wearing some of the interior parts found in the upmarket Pacifica minivan. The steering wheel, some buttons, its great infotainment system or the car’s great materials are all likely to be seen on the truck. This should allow them to offer one of the more impressive interiors in the segment without having to spend too much on development costs. With the new interior, the 1500 is also expected to receive one Mega Cab option which will offer a lot more room for the rear passengers. 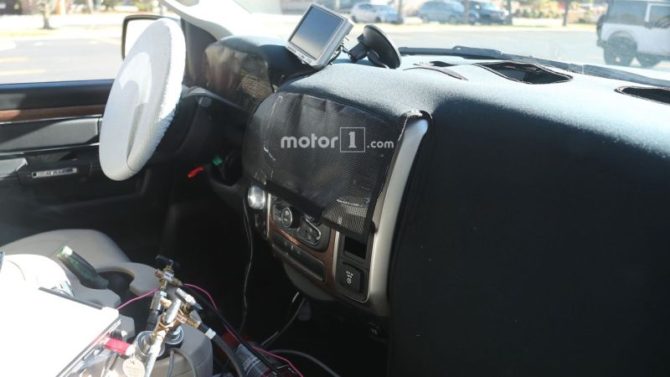 So far RAM hasn’t actually released any pictures of the upcoming 1500. However, some renders have leaked online which are all based on the prototypes. It looks like the already well known cross-hair grille is here to stay. However, its front end will likely get a lot more aerodynamic than before while the headlights might borrow from the Charger with the wraparound LED DRLs. The bed will likely retain some of the features found on the current model while adding a few extras as well. 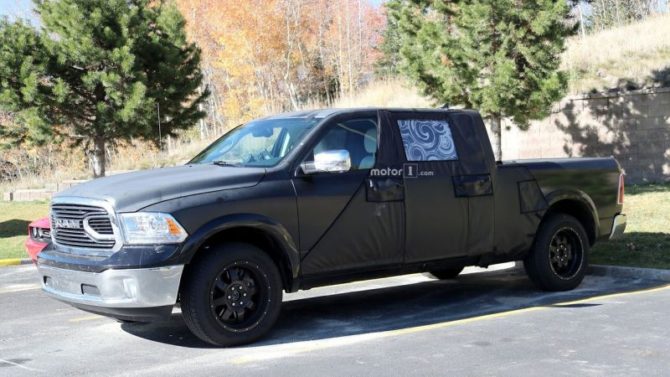 Many people said that the V8 engines are going to be discontinued by 2018. However, this is not really the case here. Trucks will likely rock V8 engines for quite some time from now on. The 1500 is definitely going to retain the 5.7 liter naturally aspirated V8 HEMI. This may receive a small bump in power but the specs should be the same as before. The base 3.6 liter V6 is here to stay. However, this time around the engine is more than likely going to receive direct injection. 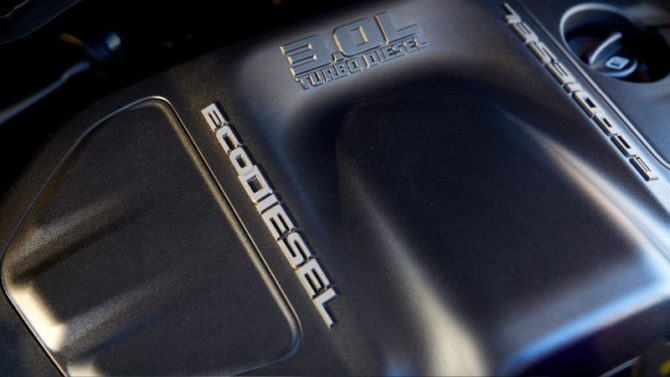 This should allow RAM to offer around 330 horsepower and close to 280 lb-ft of torque. The 3 liter turbocharged EcoDiesel should be carried over with little to no changes. Soon after release, the RAM 1500 is also expected to receive a turbocharged V6 petrol engine. This should be offered alongside the V8 while offering roughly the same amount of power and torque with better fuel efficiency.

The Bronco is the SUV that a lot of people are waiting for in the US. It was originally intended …