What is the most legendary American car? It is not easy to give this answer to this question and is next to impossible to get unanimous answer. There are so many cars that can take this title but one of the top candidates is Mustang. Mustang has a long history and next year we are going to see brand-new 2016 Mustang Shelby GT350. According to the first announcements it is going to be the best Mustang ever released in terms of power and design, as well.

We are still far from the launching but there are enough info and some speculations about what is going to upgraded and changed. We tried to gather all those and to present the new Mustang’s vehicle. There is a saying that everything has some drawback but the 2016 Mustang Shelby GT350 is the candidate to become the first flawless car ever made. If you wonder why, please check this review. 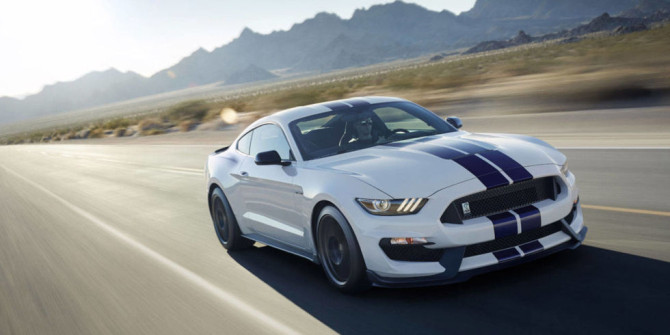 When you are making a review about a Mustang then you must start with the engine. Mustang has always had astonishing outlooks but for the majority of customers everything was about the engine and power. As well as all its predecessors, 2016 Mustang Shelby GT350 will have only one engine option available. This time it is going to be the 5.2 liter eight-cylinder. We are familiar with this engine but can’t estimate how many horsepower and pound-feet of torque it will have.

We are sure of one thing, though. New GT350 won’t have less than 500 HP and 400 lb-ft of torque. These were the approximate bottom figures of the previous model. The top speed is 185 mph while it can go from 0 to 60 mph in less than 4 seconds! It will definitely be one of the fastest non-racing cars on the planet. 2016 Mustang Shelby GT350 will be mated to the six-speed manual gearbox, but we also expect automatic transmission system will be optional.

The brand-new 2016 Mustang Shelby GT350 has already been presented hence we had a chance to see every detail of the design. Bonnet will be stronger than before and better than the majority if the cars in this class. It will have sporty look with lower bumper and new tail. On the other side, cabin won’t be changed too much and will resemble to its predecessor. 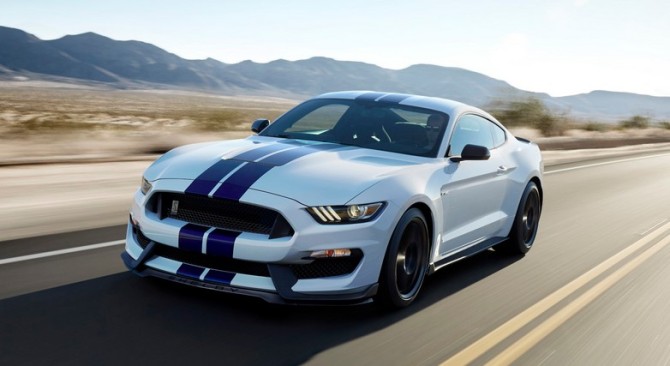 MyFord infotainment system has become standard for all Ford’s vehicles and vehicles of Ford’s subsidiaries. Audio system is developed in cooperation with Sony while it will have Recaro clothed-seats. Safety systems haven’t been changed due to high reliability. 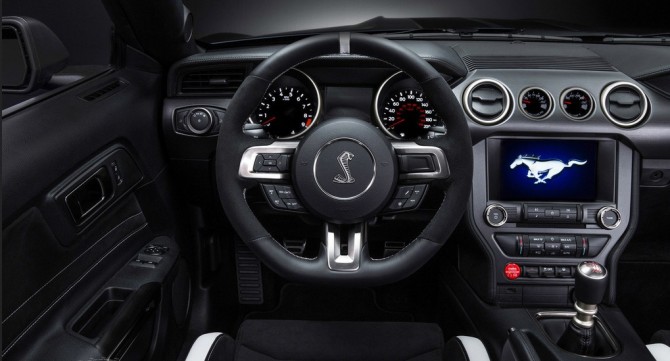 It is most likely that the 2016 Mustang Shelby GT350 won’t be launched before the December of 2016. Perhaps, we can expect earlier release, considering it has already been presented, but it is just our speculation. It seems we just need to hold our horses and wait for more than 12 months. Price is also the subject of speculations. There are some experts who assume new GT350 will cost around $50,000 which is for $15,000 more than a current model, but please don’t take this to the bank.